This branding agreement will apply to all baseball related events including HarbourCats home games, the 2018 Baseball Canada Men’s Championship, and other baseball tournaments and events hosted at the historic facility. It will also allow the HarbourCats staff to take the overall fan and game experience to a new level, allowing for significant recent and pending upgrades to the facility – including new signage and corporate branding and new group seating options for the 2018 season, the sixth year of HarbourCats baseball in the West Coast League.

The five-year agreement takes effect immediately and runs through the 2022 HarbourCats season.

For the 2018 season and beyond, new Wilson’s Group Stadium signage will be put in place just beyond our left field fence.

The Wilson’s Group of Companies has been serving this area since 1962, founded on Salt Spring Island by W.D. Kello Wilson and Mary Wilson. The company now supports a large staff and it’s all about family – John and Val Wilson’s children Andrew Wilson (wife Brittany, former HarbourCats Assistant GM) and Samantha Wilson (partner Taylor Newton), along with nephew Travis Wilson (wife Meaghan, HarbourCats volunteer), comprise much of the leadership.

“Wilson’s has been a part of the HarbourCats family since Day One, providing outstanding bus service and supporting this team in so many ways since 2012, prior to the first pitch in 2013,” said Jim Swanson, Managing Partner of the HarbourCats. “I can tell you that without the support of the family-run Wilson’s Group, the HarbourCats would be a much different operation – the important role Wilson’s played in this team’s history is greatly appreciated by us all, including John’s involvement with the ownership group since 2015.”

The Wilson’s Group support and baseball branding will be manifested in new signature signage above the left field fence, and other Wilson’s Group logo placement at the park during baseball events. As well, a special new group section celebrating the Grayline and Hop-On/Hop-Off service that is historic to Victoria will be announced next week, highlighting fan experience upgrades that will be introduced for the 2018 season – HarbourCats, and the Baseball Canada Men’s Championship. 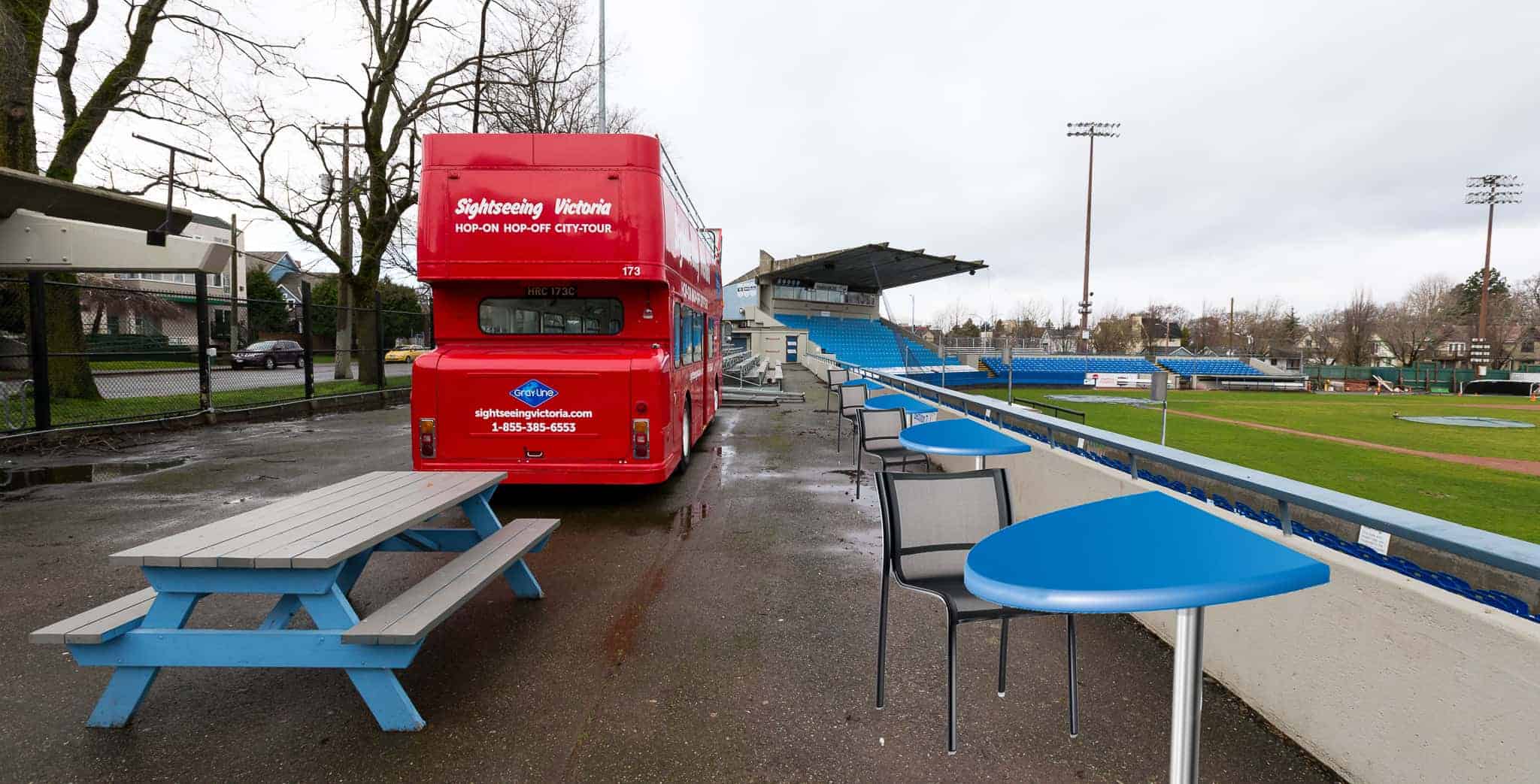 A Wilson’s Group Gray Line Tours Double Decker Bus will be the highlight feature in a new corporate VIP seating and party area along the first base line -The Upper Deck Experience.

The HarbourCats and the City of Victoria have been working hand-in-hand to enhance the fan experience at Royal Athletic Park, highlighting the strong relationship between City staff and the team’s front office and ownership.

“The HarbourCats have become an important community gathering point for the South Island in summertime, and we really enjoy being a part of that in so many ways,” said John Wilson, CEO of the Wilson’s Group – and also a part of the HarbourCats ownership team, with Rich Harder, Ken Swanson and Jim Swanson. “All of us at Wilson’s hear feedback about how much people enjoy going to games, seeing friends, and connecting with people, and the HarbourCats and Wilson’s share the same core values when it comes to celebrating this great place we live in. It’s a perfect fit to have Wilson’s Group on this baseball branding at Royal Athletic Park.” 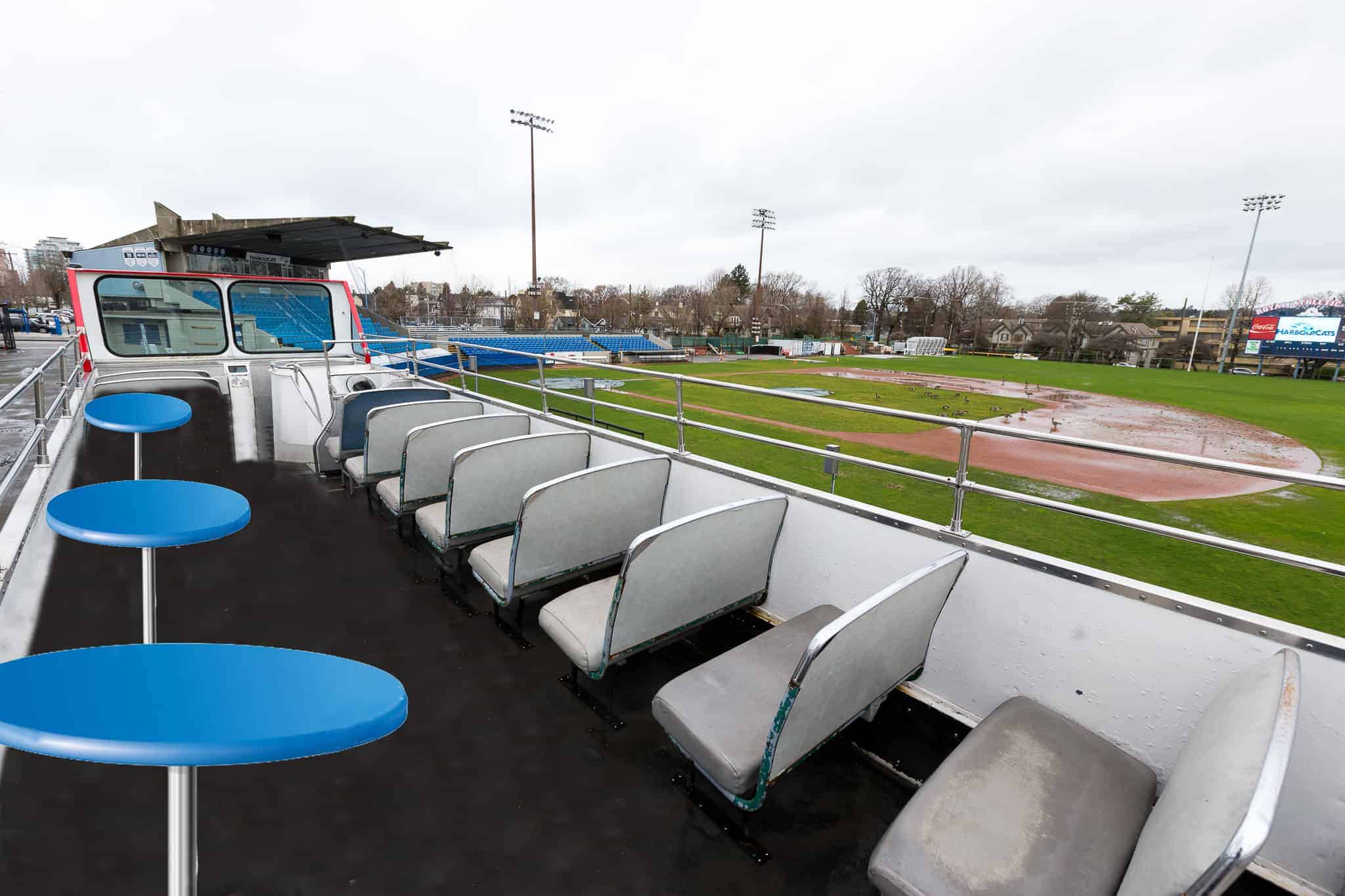 Fans will be able to socialize and watch a game from the top of a Wilson’s Group Gray Line Tours double decker bus, part of the new Upper Deck Experience along the first base line.

Wilson’s Group will continue to sponsor the first fireworks game of the season, set for Saturday, June 2, and will also assist the HarbourCats in thanking a member of the armed forces with the ‘Military Recognition’ during an early-game inning break.

“We have added new seating sections, offered padded and served seating, and found ways each year to improve the experience for fans – that will take another step forward this year, with further investment by our team and ownership group,” said Jim Swanson. 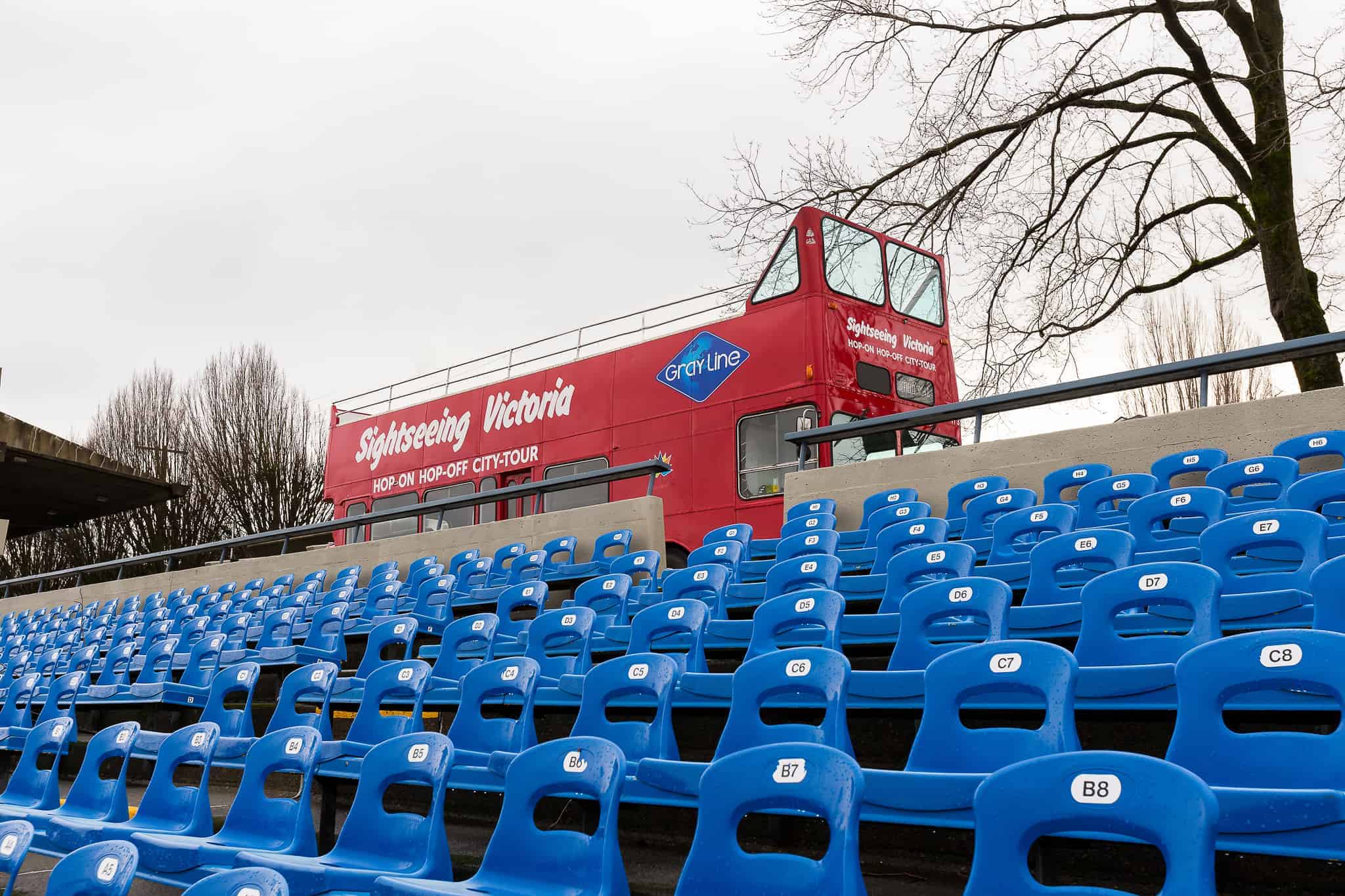 The HarbourCats have attracted more than 65,000 people the last two seasons, leading the West Coast League in attendance for four seasons. Strong season ticket sales for the 2018 summer have the team hoping to see even better crowds.

About The Victoria HarbourCats
The HarbourCats are Victoria’s entry in the West Coast League (WCL), a summer, collegiate, wood bat baseball league, featuring the top college-age players from across North America and the world. One of the elite teams in the league, the HarbourCats won a record 40 games in 2016 and followed that up in 2017 as the WCL’s North Division Playoff Champions, coming one game short of their first ever WCL Championship.  In 2018, their sixth season, the team will play a 54-game regular season schedule, with 27 of those games and eight additional non-league games, being played at historic Royal Athletic Park in Victoria. Opening night is June 1, 2018 with games scheduled through mid-August.   See www.harbourcats.com for more details.

2018 Tickets Now on Sale: Season Tickets, Multi-Game Packs, 10-Game Flex-Packs and Single Game tickets are now on sale for the 2018 season. Visit the office at 101-1814 Vancouver Street or call 778-265-0327 to order. Single game tickets can also be purchased on-line at harbourcats.ticketrocket.co