Matt Clayton would earn Player of the Game honours Wednesday, stroking a pair of hits and knocking in two RBI in the HarbourCats 4-3 win over Walla Walla (Photo: Christian J. Stewart)

Starting pitcher Mason Shaw got the call on the mound, and would finish with a no-decision after failing to replicate his stellar performances from his previous three outings. 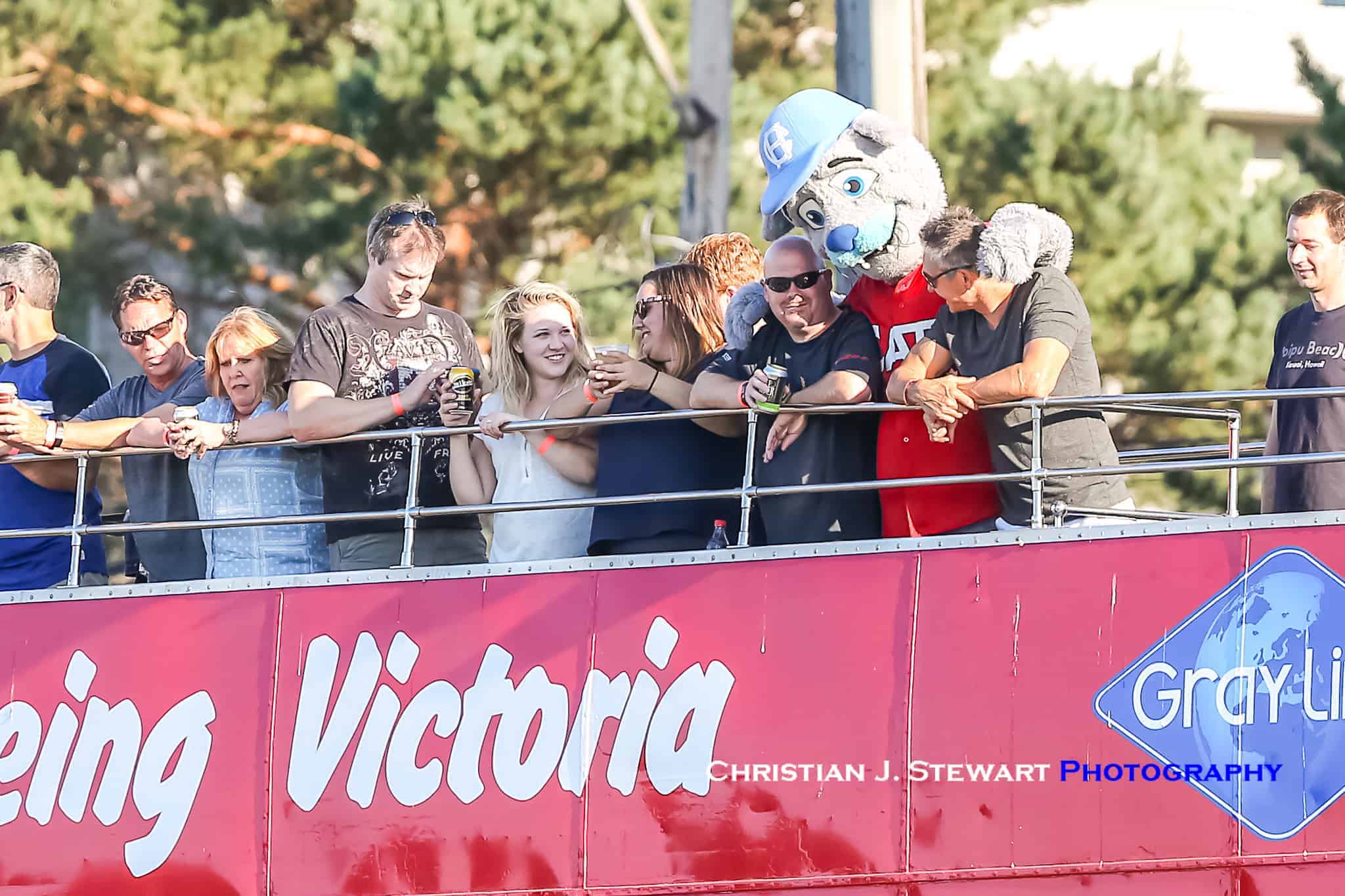 Harvey the HarbourCat pays a visit to the folks from Andre Sheret Limited who were enjoying Wednesday’s game from the top of the Upper Deck Experience (Photo: Christian . Stewart)

After shutting out Bellingham and Bend in five innings on July 4 and 11 respectively, and then only allowing two earned runs over 5 2/3 in his last start against Corvallis, the righty out of Yakima Valley would allow three runs to Walla Walla  in just 3 2/3 innings pitched tonight.

Shaw was cruising in the first, but then ran into some trouble against the big bats in heart of the Sweets order in the second.

Walla Walla would rack up four singles and a walk in the frame, highlighted by a pair of RBI singles from Ben Farris and Danny Sinatro to jump into an early two run Sweets lead.

On the opposing mound, Darius Vines got the call for the Sweets, and the Arizona State product was fanning HarbourCat hitters early.

Vines came into this start with only 21 strikeouts in 20 innings pitched this year, but righty from Ventura, CA would strike out the side in the first, and finish with six total on the night. 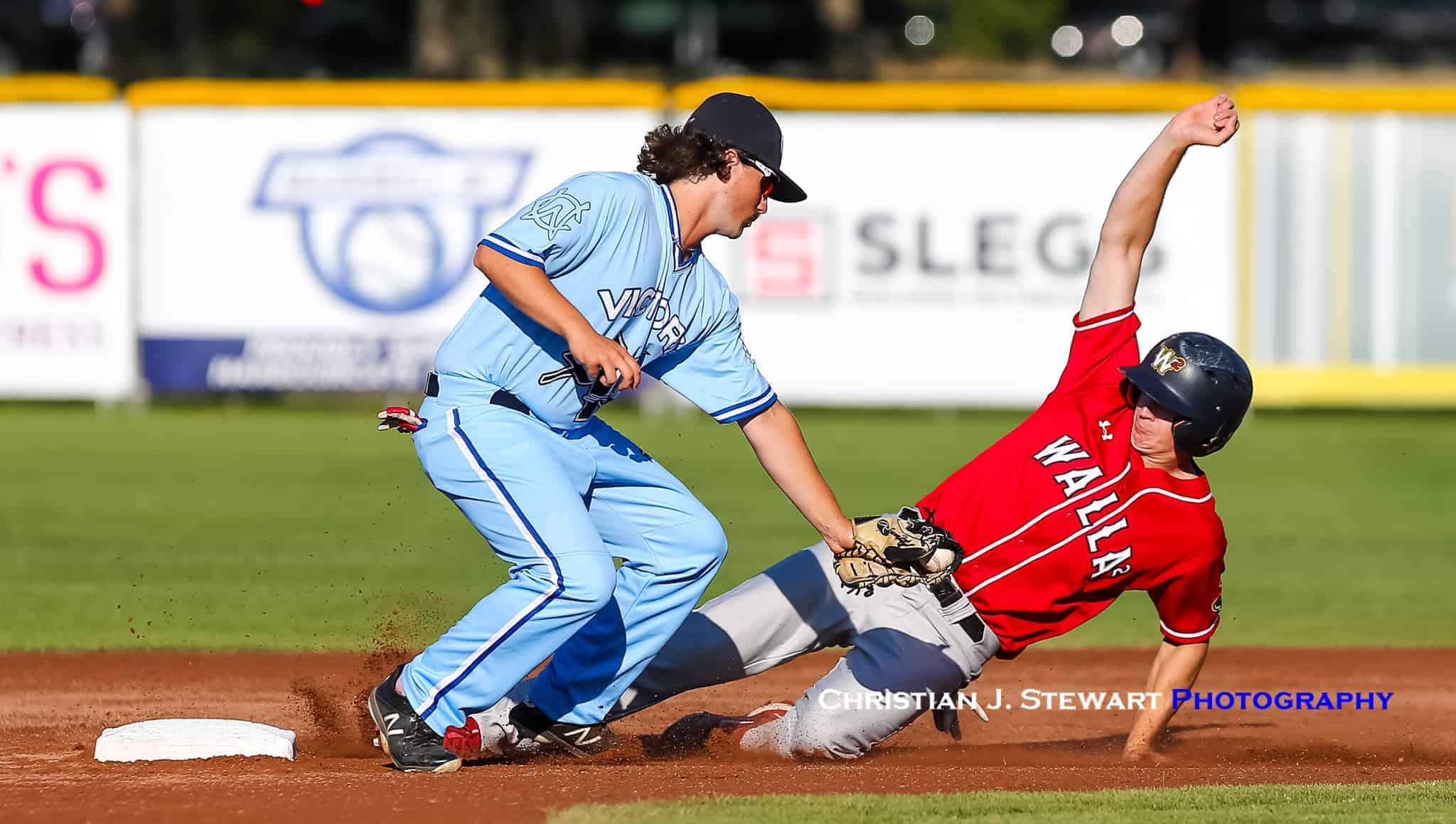 However, Victoria would get one run back immediately in the home half of second. Matt Clayton and Caleb Ricketts started the inning with back to back singles, and Dustin Demeter notched the third straight single off Vines to make it a 2-1 game.

The HarbourCats then took the lead one inning later when Clayton collected his second hit of the game, a two-run double to pull Victoria ahead by one.

Shaw would also briefly settle in on the hill, holding Walla Walla scoreless in the the third. But after yielding the tying run in the fourth, Head Coach Brain McRae had seen enough from his starter and opted to go to the bullpen early.

For the first time this season, Shaw didn’t make it out of the fourth inning, giving up six hits and three runs on the evening. 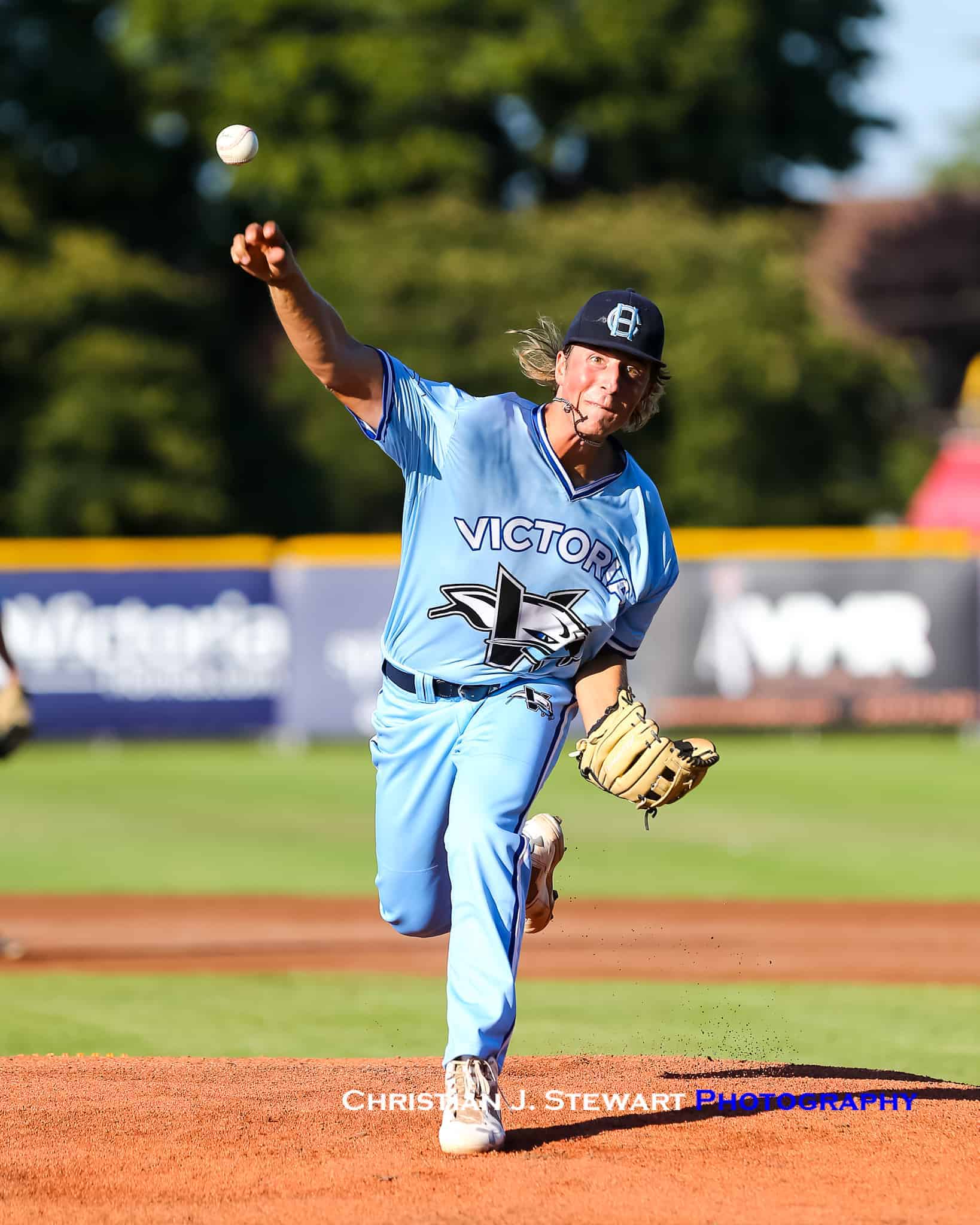 The Sweets failed to score in the middle frames, as Mike Musselwhite, Hayden Jaco, and Justin Solt combined to hold the Sweets to just a single hit in three innings out of the ‘pen.

Ty Hueckman then came in for Walla Walla in relief in the bottom of the seventh, and after getting two quick outs to start the inning, served a tie-breaking solo shot to Harrison Spohn that put Victoria ahead for good.

Back in the HarbourCats bullpen, Aidan Goicovich out of Cal Poly came into the game with the lead in the eighth, and didn’t allow a hit in two full innings of work to earn the win and preserve the victory for Victoria.

With the win, the HarbourCats climbed up to an 8-9 record on the Second Half and now sit four games behind Yakima for the North Division lead.  They will look to improve on that standing tomorrow as Landon Anderson gets the call on the hill, as Victoria will look for the series sweep and get back up to the .500 mark. First pitch is slated for 6:35 p.m.