Former Pippin Brad Beesley tries in vain to reach second base, as he is tagged out by ex-HarbourCat shortstop Harry Shipley on a steal attempt back in the summer of 2017. (Photo: Christian J. Stewart)

After a .500 season in 2018, the Yakima Valley Pippins have started off hot this summer. The Pippins come into this two-game set with Victoria at 5-1, and sit pretty alone atop the WCL North division.

Yakima took two of three games from the expansion Ridgefield Raptors in their inaugural series to open the season, and swept the Wenatchee AppleSox in three straight games at home over the weekend. Although the Pippins have taken five of six games to start 2019, quick starts have become quite the norm for the Pippins—as Yakima jumped out to 5-0 and 6-0 to start both 2015 and ’16 respectively. The Pippins missed the playoffs in 2015, and were eliminated by the Corvallis Knights in the first round of the 2016 season.

Stanford commit Owen Cobb has led the way for the North division leading Pippins, amassing 13 hits and 9 RBI’s in six games, as he tries to help get Yakima to the WCL postseason for the first time since 2017. 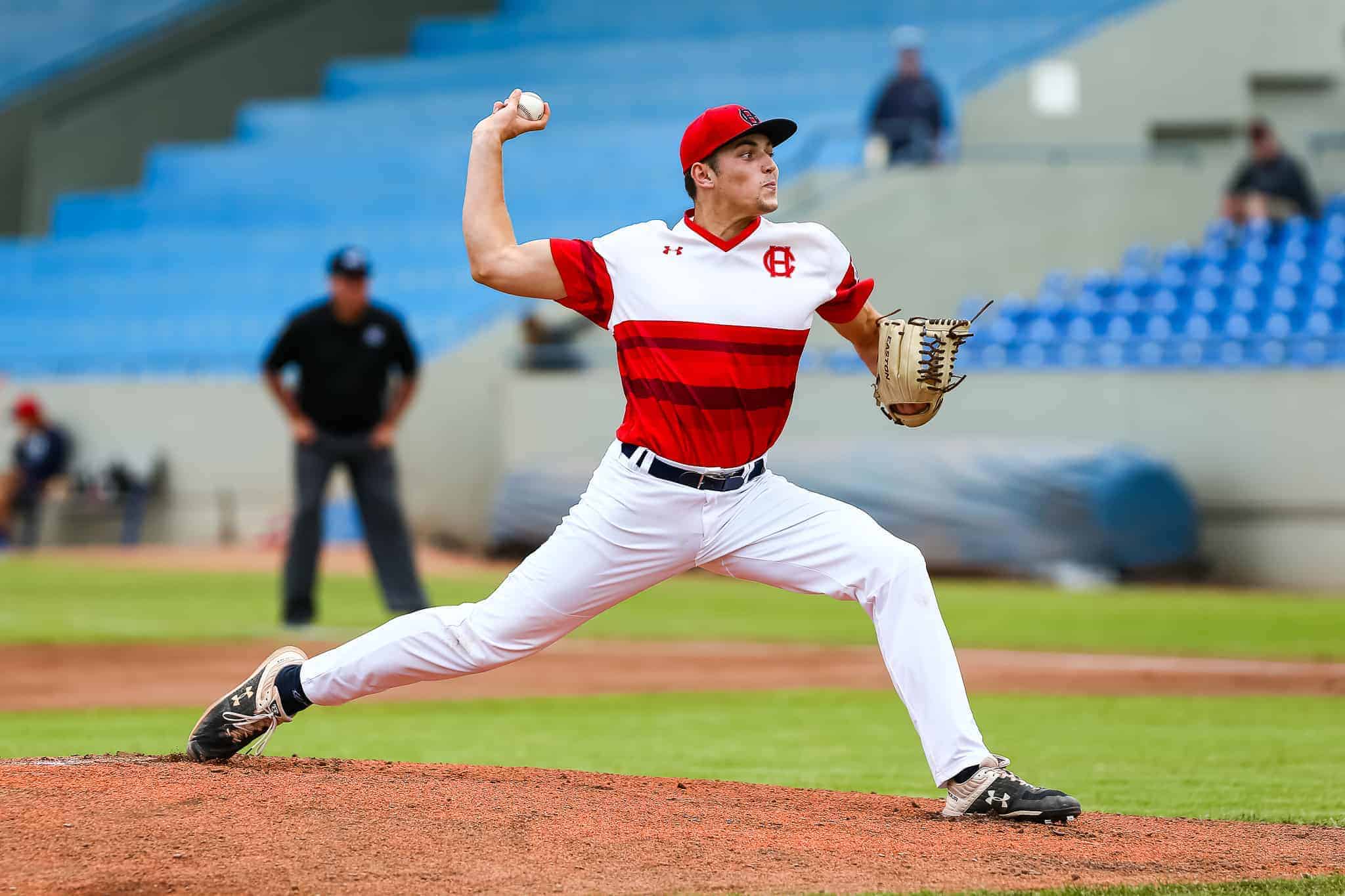 Cade Smith has been dominate to start the season, including a solid four inning outing on June 9, giving up just a run, while striking out eight in the 4-1 win over Corvallis (Photo: Christian J. Stewart)

The HarbourCats come into this midweek set after dropping two of three at home to the Corvallis Knights last weekend, evening their record at 3-3 through the first two series of the season. Although Frankie Niemann’s five game hit streak came to an end in the ‘Cats victory over the Knights on June 9, the Tulane University product led the way for Victoria at the dish—amassing five hits and two RBI’s in the series. On the mound, Cade Smith’s season high eight strikeout performance on June 9 was the highlight for the Victoria pitching staff on the weekend. 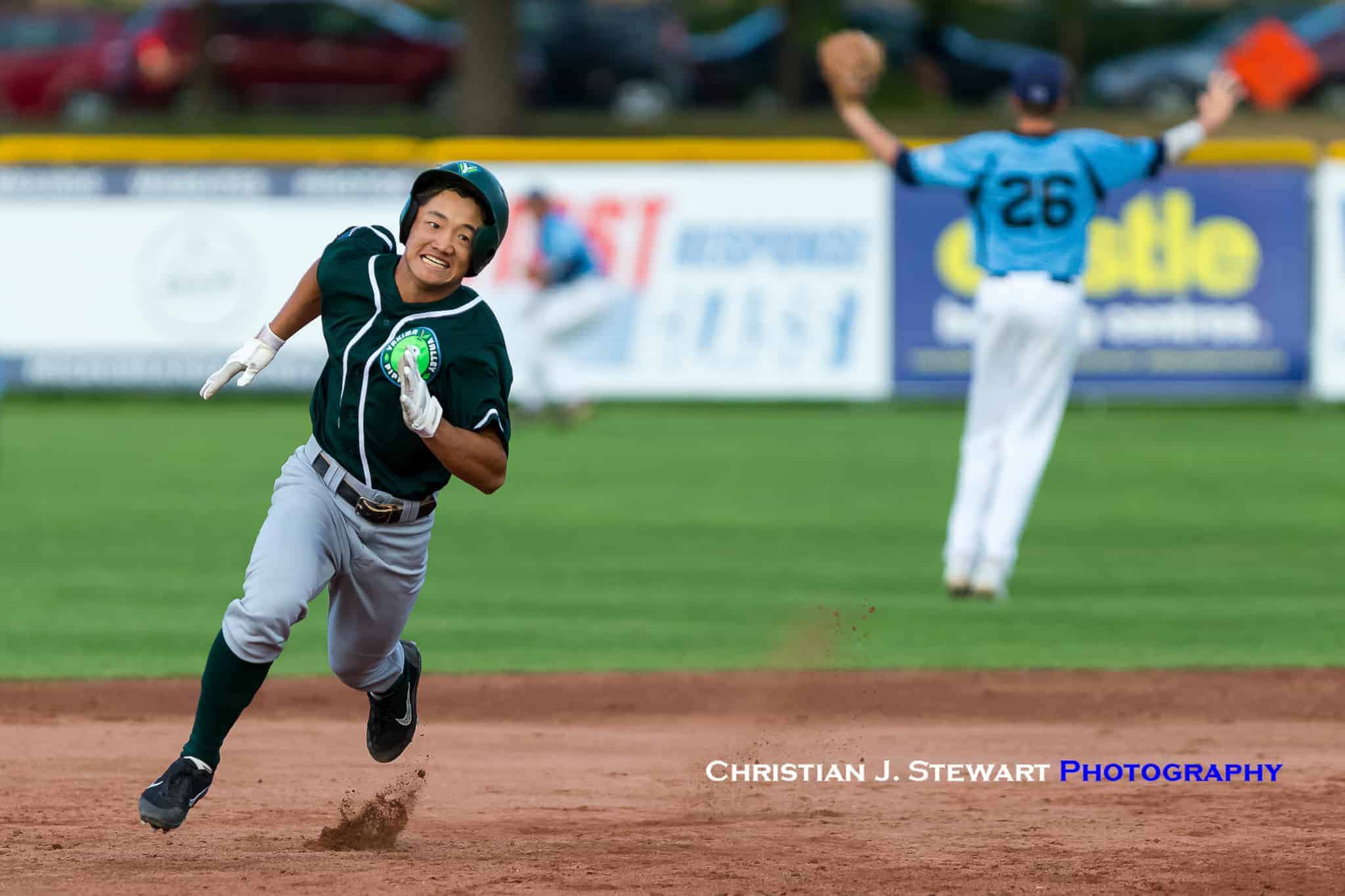 Ex-Pippin Tora Atsuka heads to third for a lead-off triple in a game in July of 2017. (Photo: Christian J. Stewart)

Yakima also holds the WCL record for most wins in their first two season, going 64-44 through the summers of 2014 and ’15.

Owen Cobb (IF) — The infielder from Seattle has been dominant in the early portion of the season for Yakima, racking up a .476 batting average in 25 plate appearances so far in 2019. Cobb has committed to Stanford university, but was also drafted in the 37th round by the San Diego Padres in the 2019 MLB draft last week.

Dylan Barkley (LHP) — Barkley has collected a team-high 11 strikeouts in just over 11 innings pitched this season, good enough for nearly a strikeout per inning. The southpaw out of Montana State University Billings has a 1.58 ERA, and has solidified himself as the ace atop the Pippin rotation.