With nine games remaining in the First Half schedule, both teams find themselves in a pennant race for the North division crown. Victoria entered their last series in Portland over the weekend in a tie with the Bellingham Bells atop the North, however, after dropping two of three to the Pickles, the HarbourCats now sit a single game behind the Bells for first place in the division.

Wenatchee comes into this series on the Island in the midst of a mid-season surge. After Victoria took two of three from the AppleSox down in Wenatchee to open the season earlier in June, the AppleSox dropped six of their next eight games to plummet down the standings—bottoming out with a record of 3-8 back on June 15.

Since then, though, the AppleSox have won four straight—including a sweep over the Lefties in Port Angeles last week—to climb up to third in the division and within striking distance of first place.

The two teams will wrap up their 2019 season series tonight, and jockey for playoff position in a crucial series at Wilson’s Group Stadium. 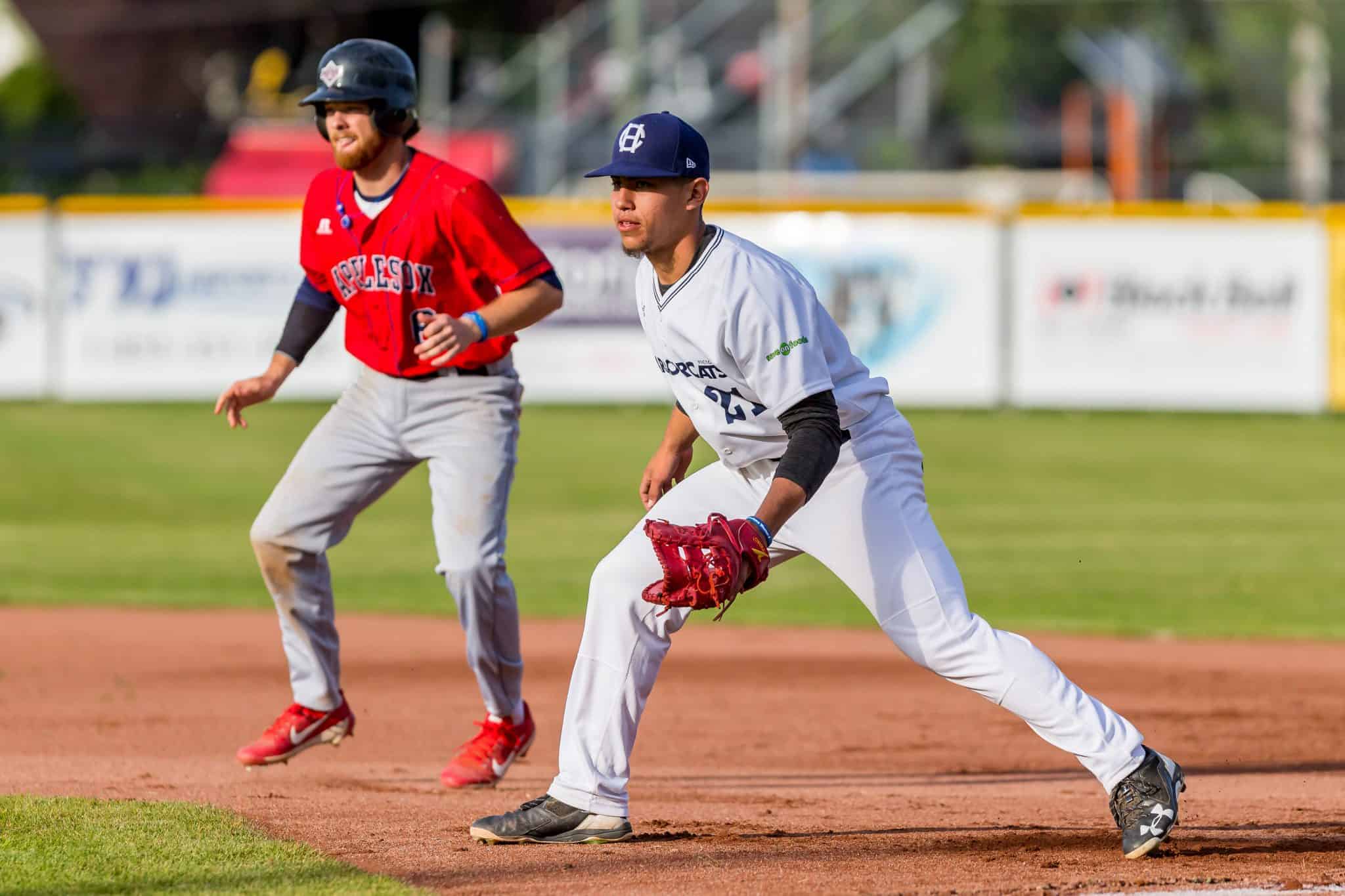 After exploding for 39 total runs in a sweep of the Bend Elks last week at home, the HarbourCats found themselves tied with Bellingham atop the North division, and hit the road for a four-game trip in Yakima and Portland. The HarbourCats routed the Pippins with their high octane offence in the one game series, scoring 10 or more runs for the fifth time in seven games, and headed south for a date with the Pickles.

Despite leading by multiple runs in the final innings of the first two games in Portland, Victoria squandered late leads in both contests to lose two straight games for the first time since June 7-8. However, in the finale, the HarbourCats salvaged the series and ended their road trip at .500 by giving Portland a taste of their own medicine—scoring four times in the final two innings in a 7-5 victory. 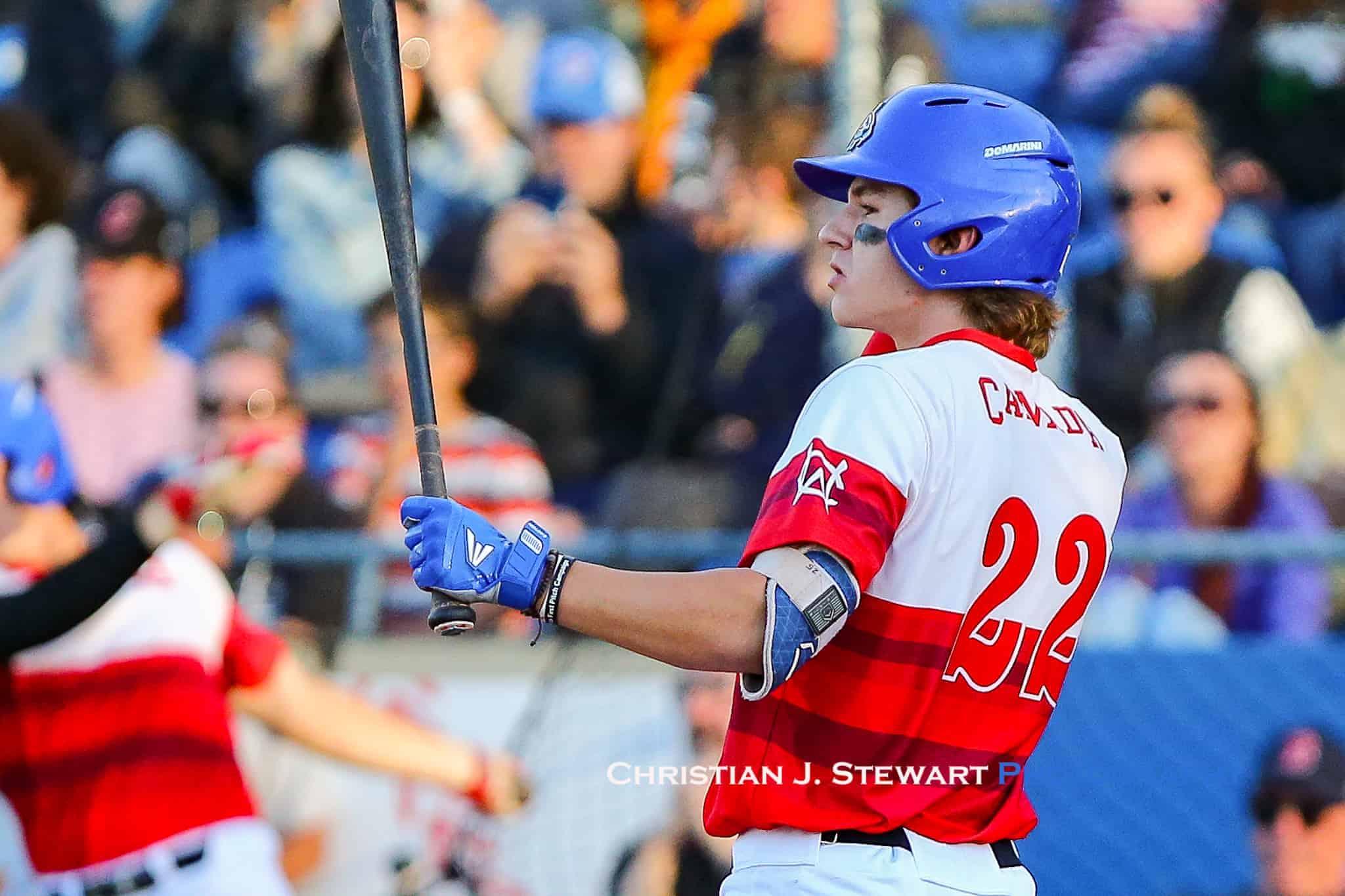 Jason Willow digs in and takes a look at the pitcher in the opening game of the series against Bend last week. (Photo by Christian J. Stewart)

The AppleSox come into this series on a five day hiatus from WCL regular season play. After winning their fourth straight, and final game of a series against the Port Angeles Lefties, Wenatchee headed home for a two-game set with the Highline Bears in a non-league series. The AppleSox would sweep the Bears, amassing 25 runs in the two games, and increase their win streak to six total games including non-league play.

Quinn Ayers (IF) — The infielder from Las Vegas, NV has collected an RBI in almost every game he’s appeared in this season, racking up seven RBI in eight games. Ayers’ seven RBI leads the team, and his one home run on the year ties him for second on the AppleSox.

Ryan Long (RHP) – Following a masterful outing in his last start on June 18 in Port Angeles, where he went seven strong innings of four hit ball and collected nine strikeouts in the process, Long increased his strikeout total to a team high 18 on the year. The righty has also only walked just one single batter in four appearances so far this season.