Nick Plaia and the HarbourCats high five after taking down the Bellingham Bells 8-1 yesterday afternoon to clinch a playoff spot and the First Half North division title. (Photo by Christian J. Stewart)

HISTORY: This series will be the first meeting between both teams.

One night after clinching a postseason spot, the Victoria HarbourCats will begin the second half of the West Coast League schedule by welcoming the expansion Ridgefield Raptors to Wilson’s Group Stadium.

Ridgefield comes to Vancouver Island as losers of three straight, after they were swept in Corvallis over the weekend. Despite the recent sweep, the Raptors still finished third in the South First Half standings. Ridgefield lost the first two games of 2019, but rattled off six in a row from June 6 to 12 to start their debut season at 6-2.

Since the six game win streak, Ridgefield has stalled a bit, winning just seven of their final 19 games in the first half. Victoria, on the other hand, will be riding a high after knocking off the Bellingham Bells yesterday afternoon to clinch the North pennant.

The two teams will play three of their first six ever meetings this week, and Victoria will hit the road to Ridgefield to play just a single game at the Ridgefield Outdoor Recreation Complex before continuing on a six-game road trip in Bend and Walla Walla. 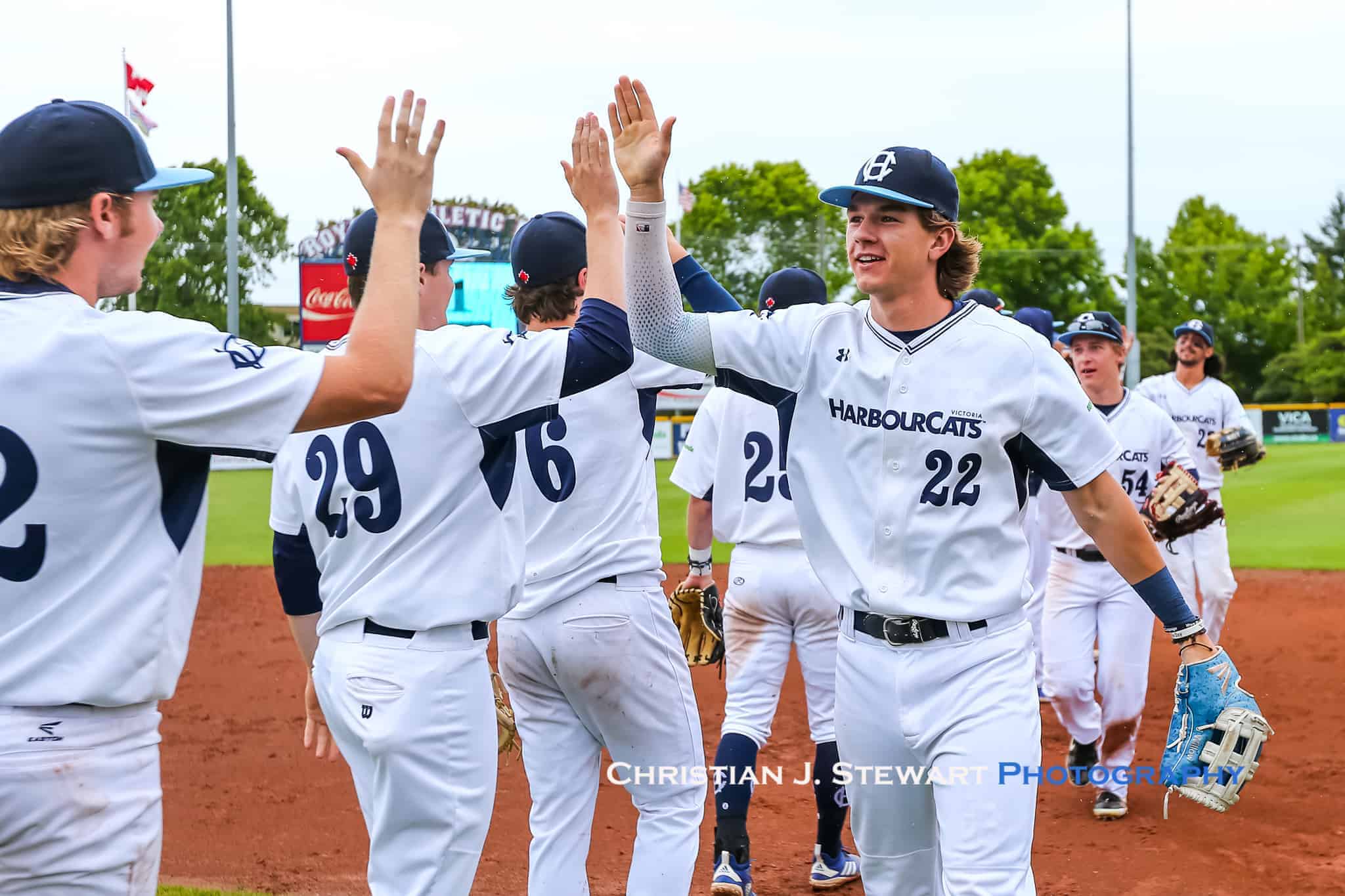 In the middle of a season high 12-game home stand, Victoria has won seven of the first nine games and are coming off a dramatic division-clinching game yesterday afternoon against the Bells. Bellingham, who came into the series three games behind Victoria, won the first two games of the series to set up a winner-take-all game Sunday for the division title. The HarbourCats then rode the arms of Jack Neely and Aaron Celestino, who held Bellingham to just one hit and one run the game—while Victoria exploded for eight runs in an 8-1 clinching win.

Victoria finished the first half with an 11-4 record at Wilson’s Group Stadium at Royal Athletic Park.

Last summer, the WCL granted the city of Ridgefield, Washington with an expansion team to begin play this summer. Ridgefield is a city about 40 kilometres north of Portland, and play in a brand new baseball and outdoor recreation facility in Southwestern Washington State. The Raptors name was selected after a “name the team” contest, where 500 fans submitted ideas. Ridgefield is attempting to become the second straight WCL expansion team to make the playoffs in their debut season, after the first-year Portland Pickles advanced to the postseason in 2018.

Michael Hicks (OF) — Hicks leads the Raptors in both home runs (3) and RBI (17), and has also racked up 24 hits in 76 plate appearances for a .316 batting average which is good enough for third on the team.