Jedd Fagg (right) is congratulated by his brother Jaaxon (left) after Jedd hit a 2-RBI single in the bottom of the 10th to give the HarbourCats a 5-4 win over the Bend Elks last season. (Photo: Christian J. Stewart)

In the second home series of the 2019 season, the Victoria HarbourCats will play host to the resurgent Bend Elks  at Wilson’s Group Stadium.

The Elks are coming off a disappointing 2018 campaign, where they mustered only 12 wins across 54 regular season games. Victoria took four of six games from Bend last year, however, the Elks have already won over a third (5) of the games they won all last season (12).

Since winning the WCL championship in 2015, the Elks have become a mainstay near the bottom of the league standings. Bend hasn’t posted a winning record since 2015, when they went 35-16, and have finished in last or second last in the South division the past three seasons. Despite the recent futility, though, the Elks have enjoyed a loyal fanbase over their tenure in Central Oregon—setting league attendance records back in both 2010 and 2011. 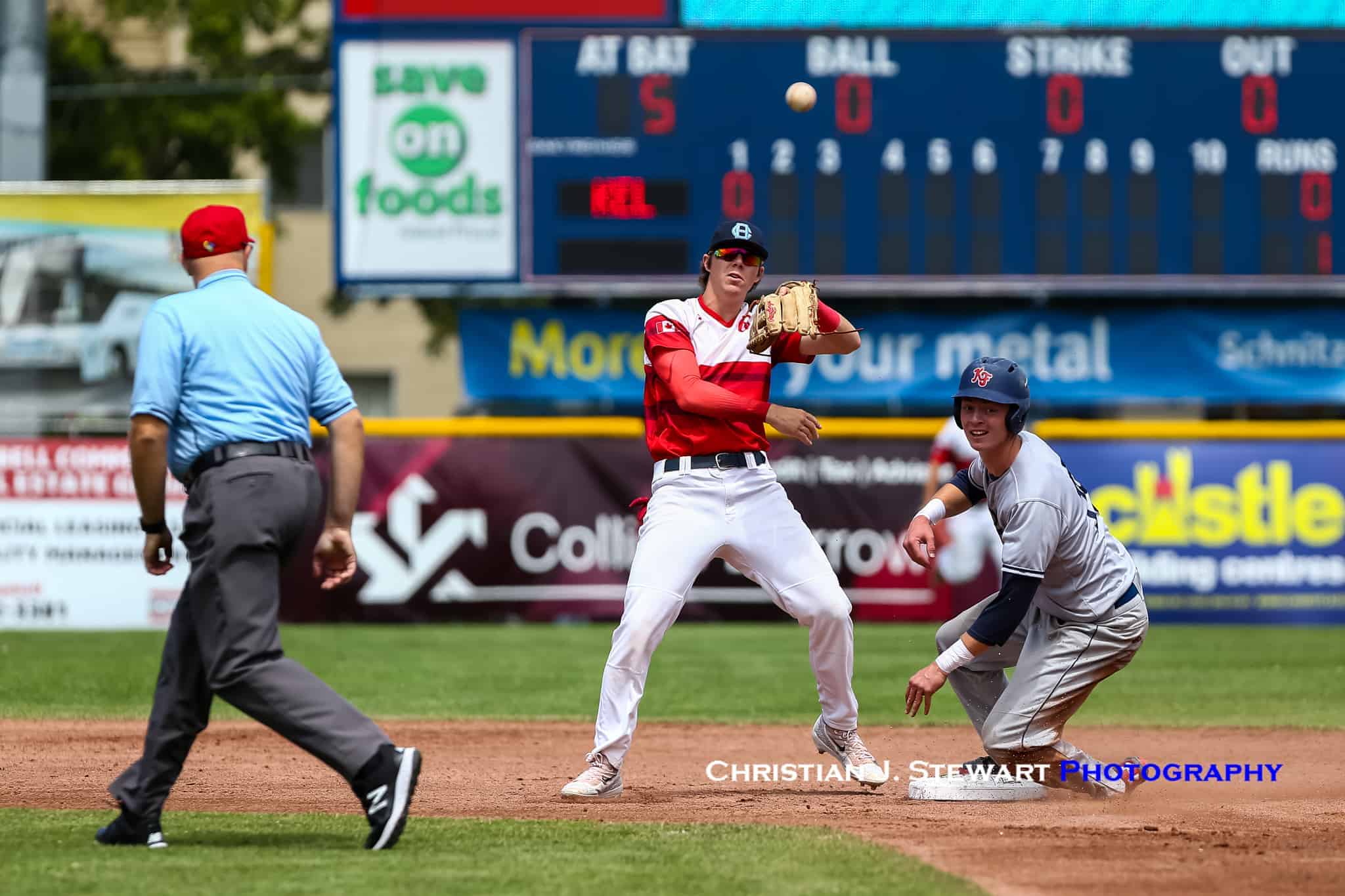 The HarbourCats come into this series against the Elks in a four-team battle for first place in the WCL North division. After a 3-2 road trip, that saw Victoria split a series in Yakima and swipe two of three against the Falcons in Kelowna, the HarbourCats boosted their record to 6-5 and within striking distance of first place in the division. At 6-5 on the season, Victoria is tied for second place with the Pippins and Port Angeles Lefties, and remain just a game and a half back of the first place Bellingham Bells. 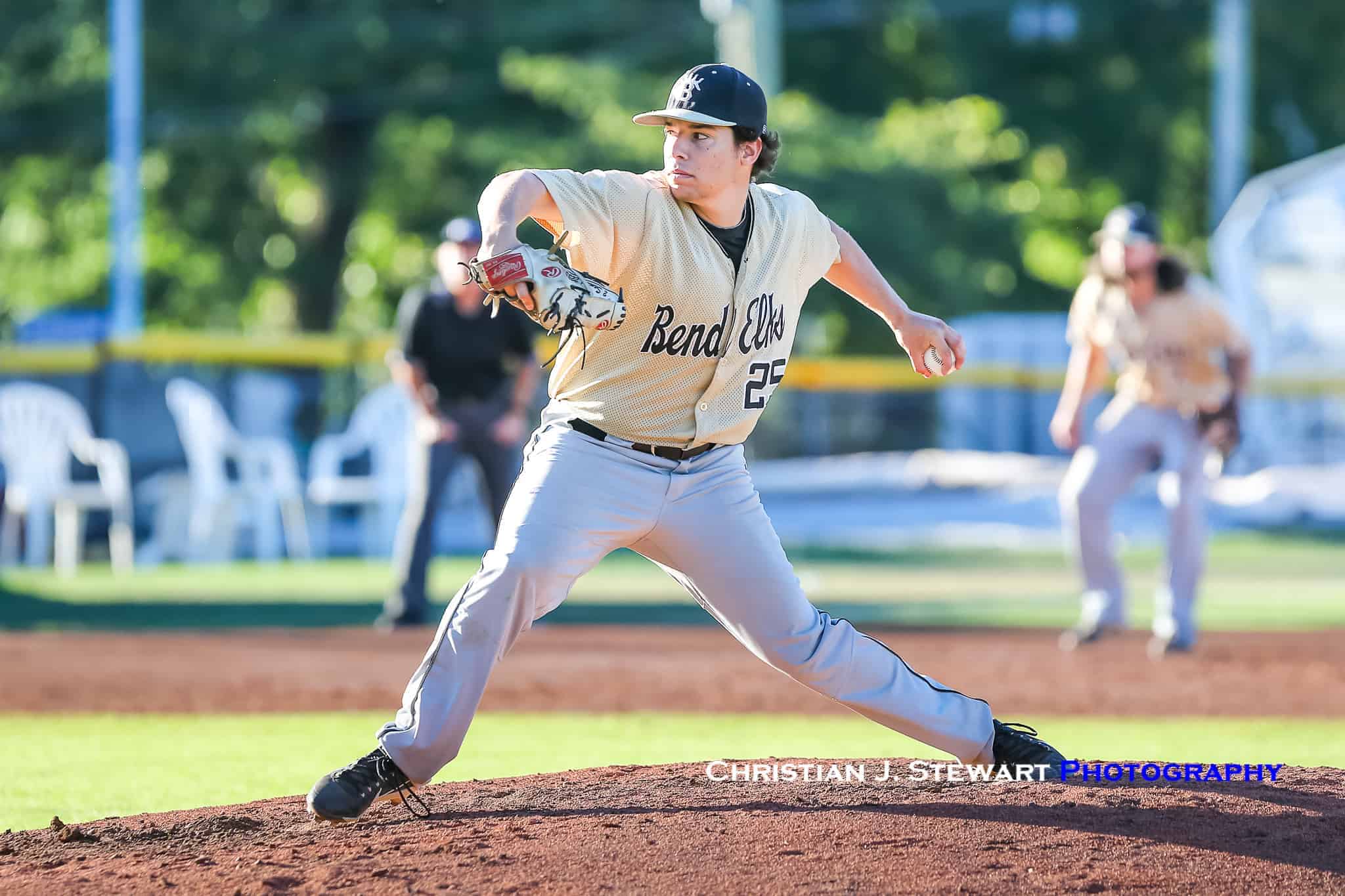 The Elks were established in 1999 as member of the Pacific International League, but became a founding member of the WCL when the joined the new league in its inaugural season in 2005. Bend plays at Vince Genna Stadium, which hosted Major League affiliate teams from the Los Angeles Angels, Oakland Athletics, Philadelphia Phillies, and Colorado Rockies from the 1970’s to mid 1990’s.

By 1998, however, the stadium lacked a tenant and was facing demolition. Former owners Jim and MaryAnn Richards then founded the Elks, in order to keep Vince Genna Stadium standing and bring baseball back to the Central Oregon area.

After 10 years in the WCL, the Elks finally won their first league title in 2015. Bend boasts a few notable alumni in the MLB, highlighted by former Boston Red Sox World Series champion Jacoby Ellsbury—who played for the team in 2002.

Justin Parsons (OF) — The Bend, Oregon native leads his hometown team with seven RBI, and is currently riding a five-game hit streak after going hitless to start his first four games of the year.

Ryan Kaser (RHP) – Kaser has only pitched five innings in three innings so far this year, but the reliever has already racked up a team high two wins on the mound.