July 30, 2018 — Cuba showed why they are widely considered the premier baseball nation in the world, as the U-20 level Union de Reyes team from Matanzas took down the Victoria HarbourCats 8-4 Monday evening at Wilson’s Group Stadium at Royal Athletic Park.

In a game which has been in the works since last season when members of Union de Reyes visited Victoria, the Cubans were eager to prove their mettle against some of the top NCAA Division 1 players on the HarbourCats. 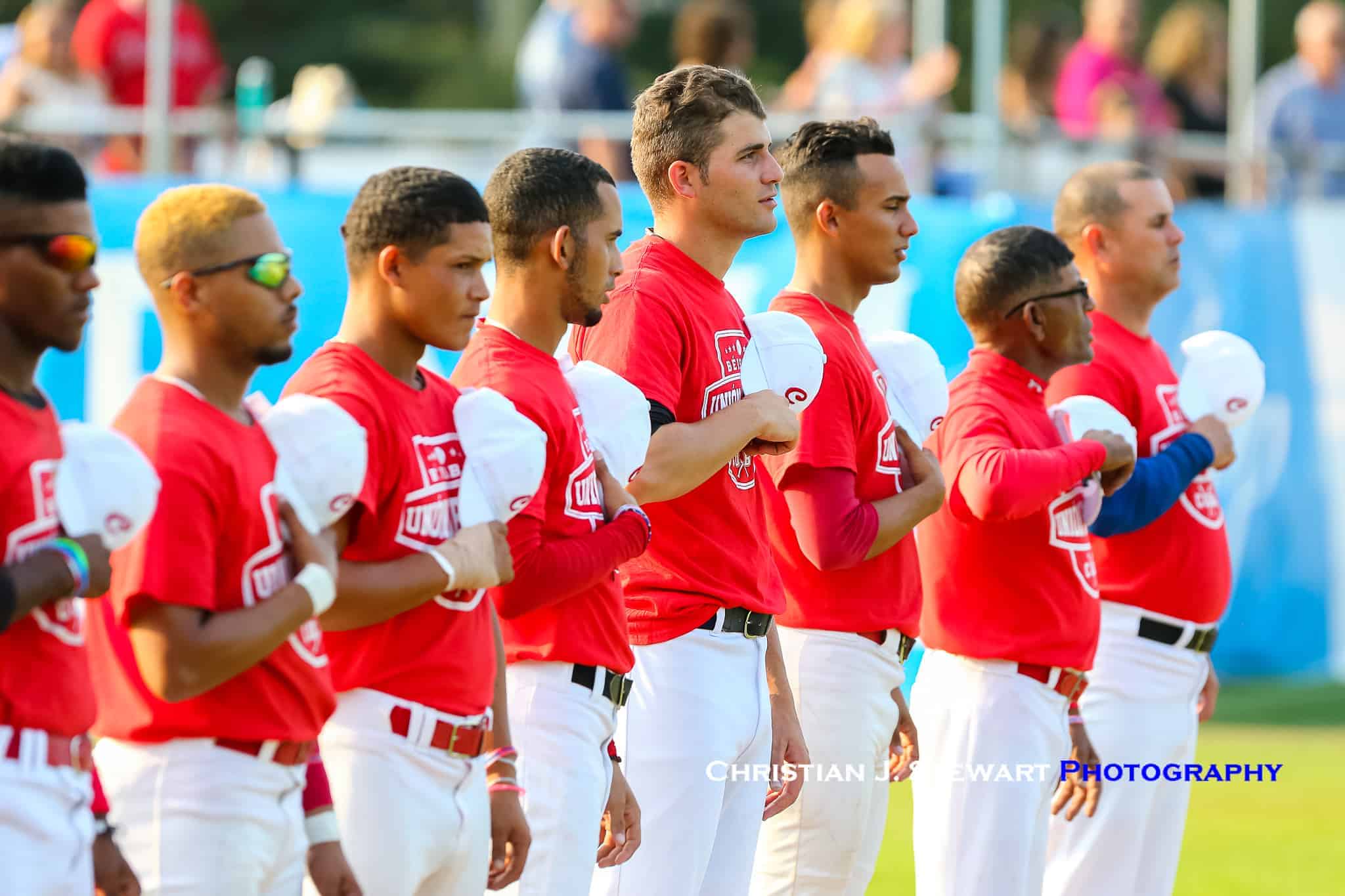 The Cuban players stand at attention during the anthems (Photo: Christian J. Stewart)

Cuban Team Manager April Shay helped bring players from Union de Reyes to the Island last summer, and taught the Cubans how to play Canada’s favourite sport, hockey. The Cubans also travelled to the top of Mt. Washington to throw snowballs, and took in a HarbourCats fireworks game.

“The looks on their faces during the fireworks was simply amazement,” Shay wrote before the game. “The moment they say snow at the top of the chair at Mt. Washington was the greatest, they just dove into a snowball fight. One of the boys was quoted and translated ‘I am so happy, I could just sit here and cry, it feels like I am on top of the world.'” 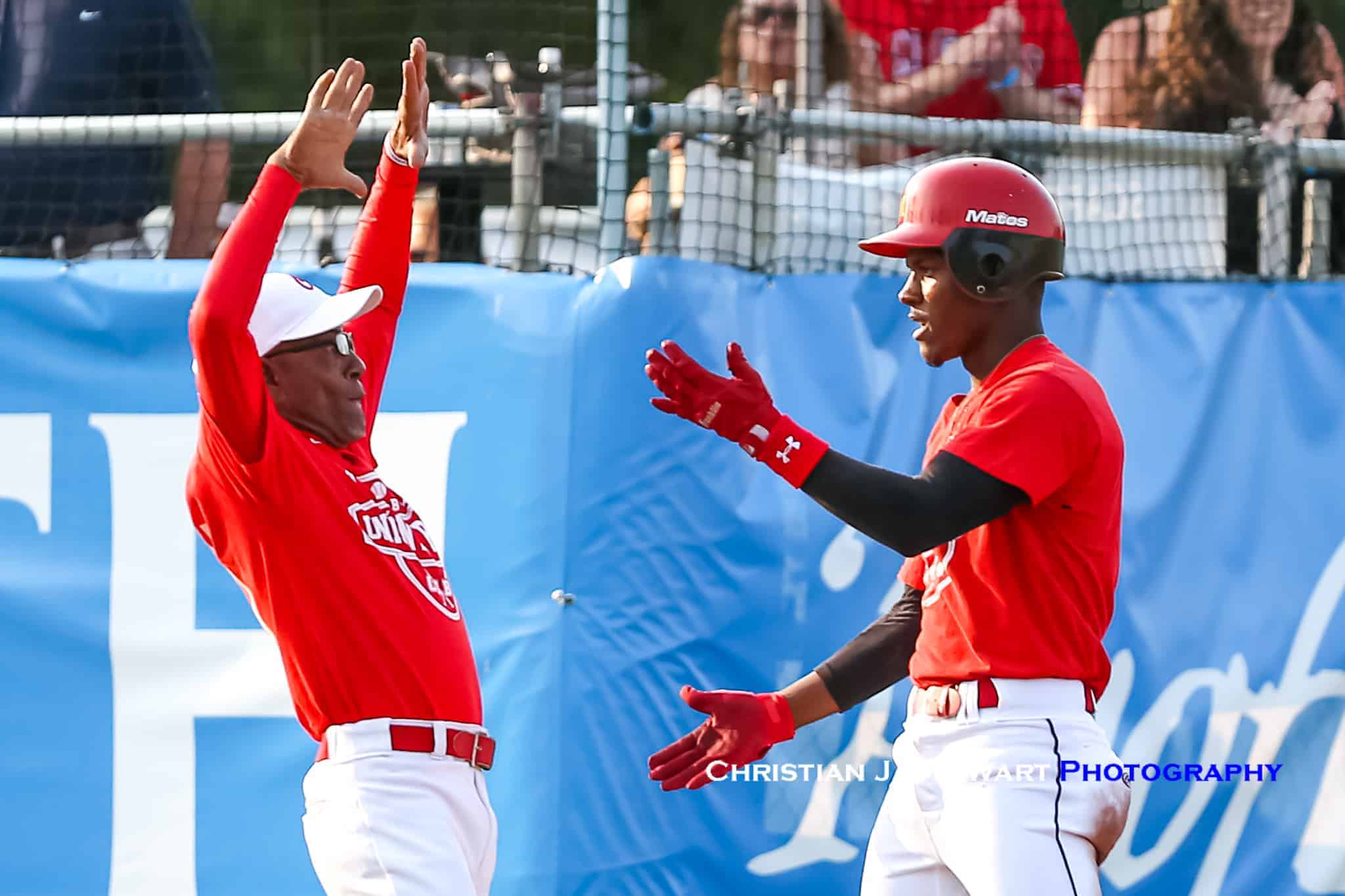 Back in their home province of Matanzas, Union de Reyes placed second and third respectively in their provincial tournaments and showed why they are the class of Cuba early tonight. 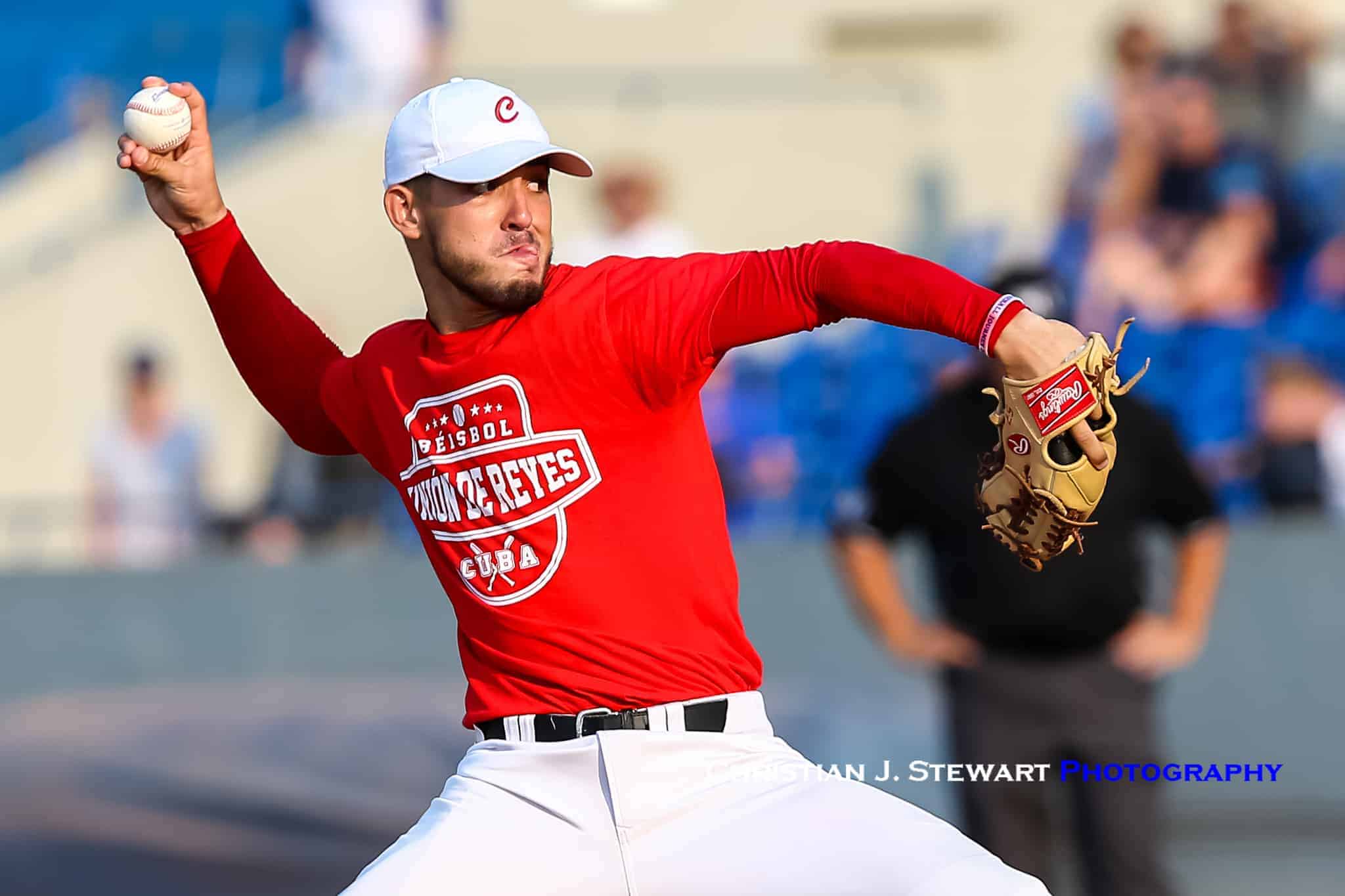 Union de Reyes then started the top of the second with another leadoff walk, and Victoria loaded the bases for Cuba with a couple errors in the field. Bello capitalized on the miscues with an RBI single to double the Cuba lead, while Christian Rivero two outs later knocked in two more with a single of his own.

Ryan Ober responded in the home half of the inning with a solo shot, his first of two home runs on the night, but Cuba added some insurance in the fourth and fifth. 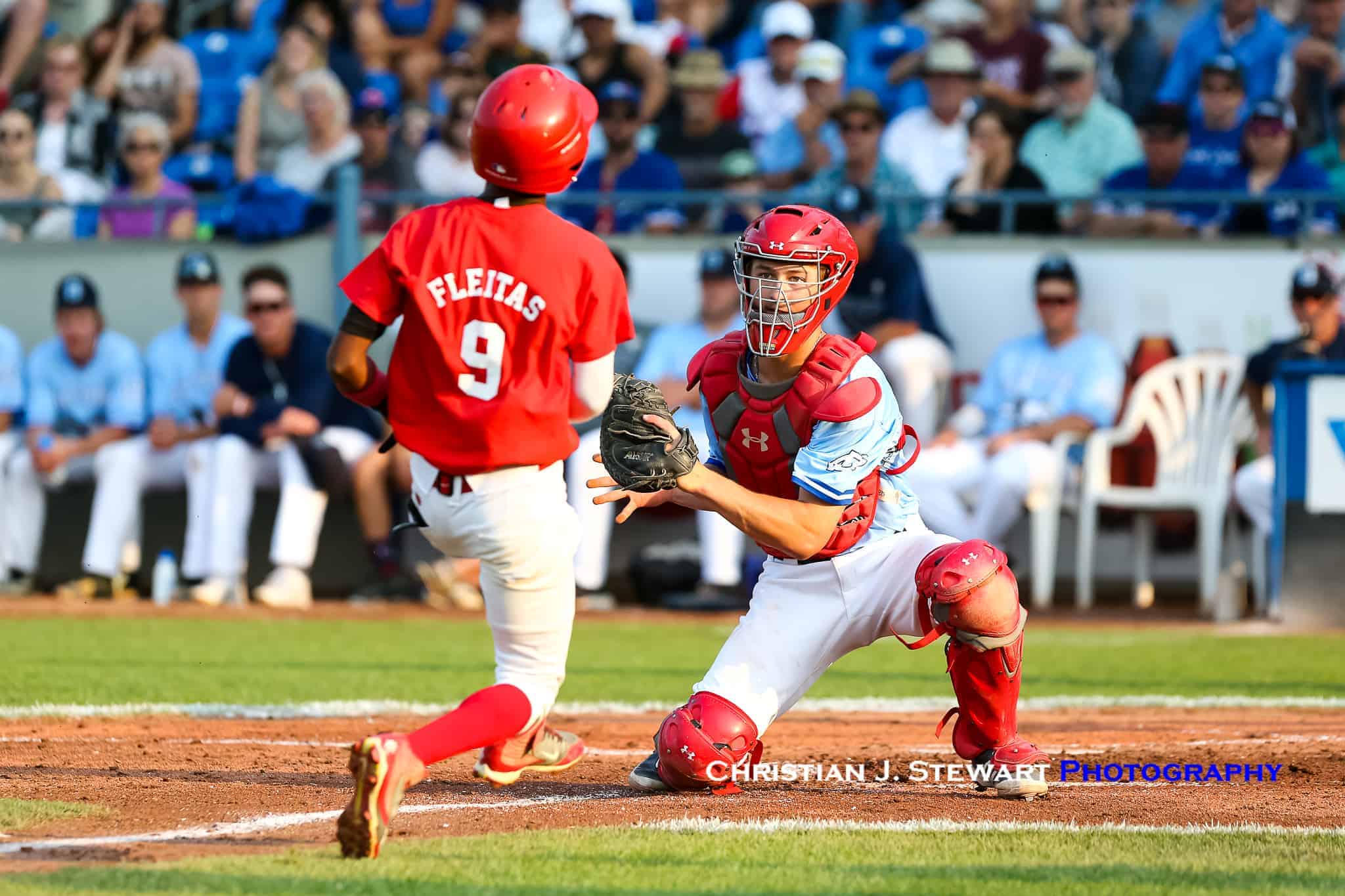 In a defensive moment for the HarbourCats, Osmay Felitas would be tagged out by Caleb Ricketts on this play at the plate (Photo: Christian J. Stewart)

Randy Camaranza got into the RBI single party with a one-run single in the fourth, and Bello collected his second RBI of the game with a sac-fly in the fifth to make it a 6-1 game.

Coming back up to the plate in the bottom of the fifth, Ober’s three-run homer brought Victoria within two, but Cuban starting pitcher Michel Alonso was dialled in on the hill. 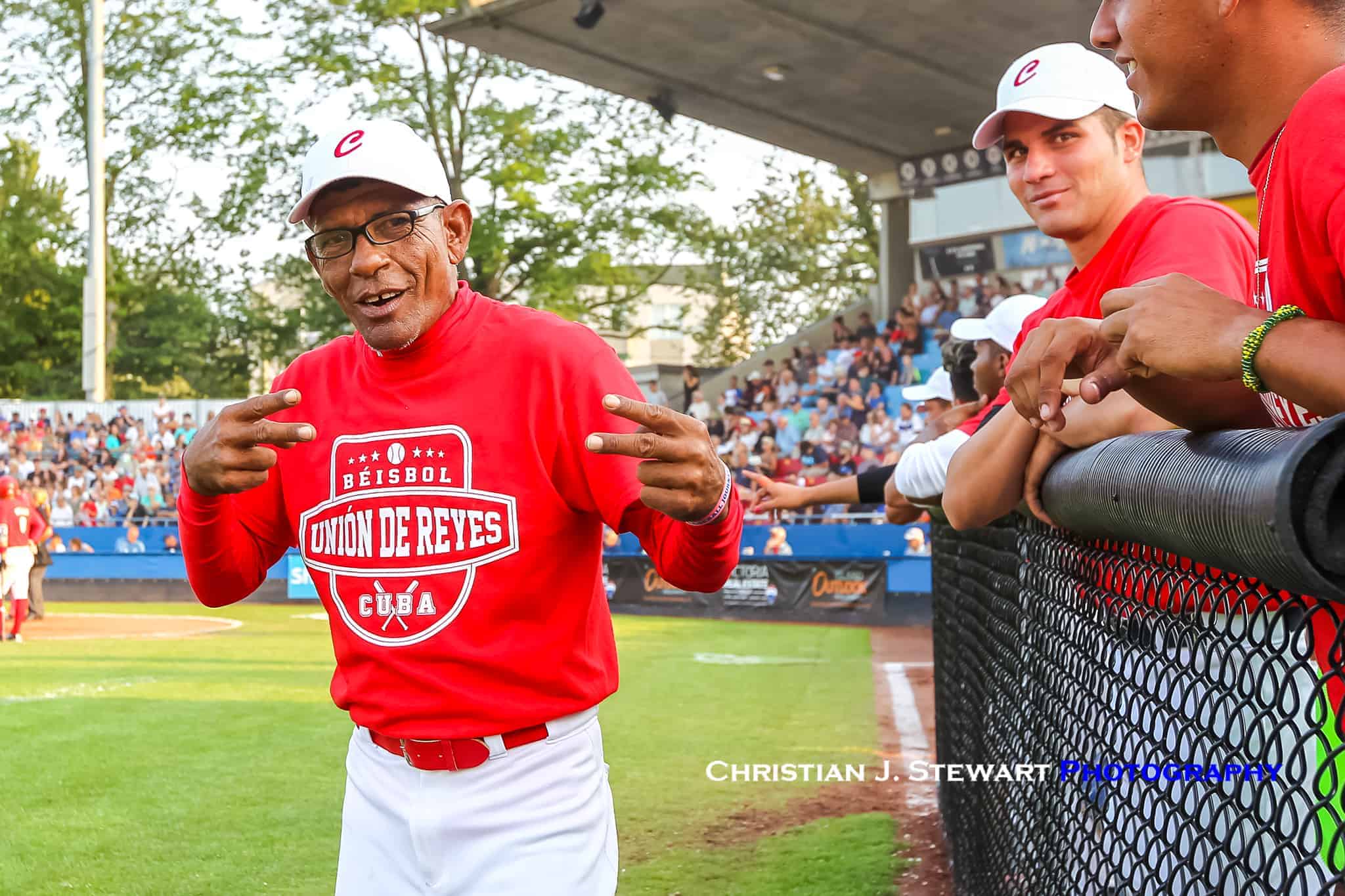 The righty would strike out eight, and found success against nearly everyone in the ‘Cats lineup besides Ober, scattering 11 hits in a complete game pitched on the mound.

Cuba showed their athleticism throughout the ballgame, robbing extra the HarbourCats from extra bases on numerous occasions, but Rivero’s eighth inning diving catch into the right field wall to rob Dustin Miller of a home run brought the entire Cuban bench to the field to celebrate the highlight play. 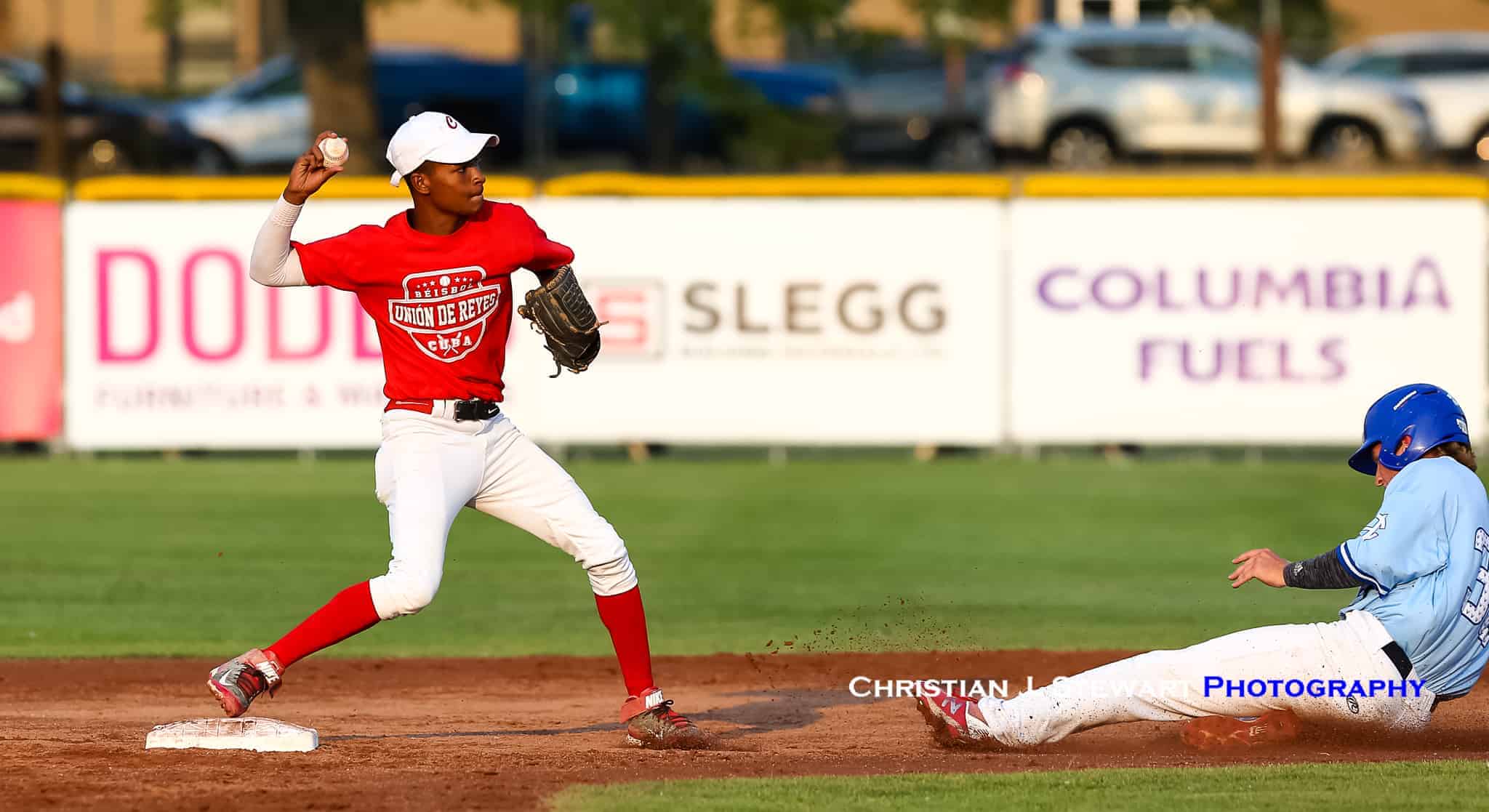 The Cubans showed off some slick defence against theHarbourCats on Monday (Photo: Christian J. Stewart)

Camaraza added a solo homer in the ninth, and despite outhitting Cuba 12-8, Alonso closed out the HarbourCats in the home half of the inning to secure his nine inning gem and victory for the Cubans.

Cuba will play their last game in Canada against the Chemanius Brewers on August 1, before returning home  on August 3. 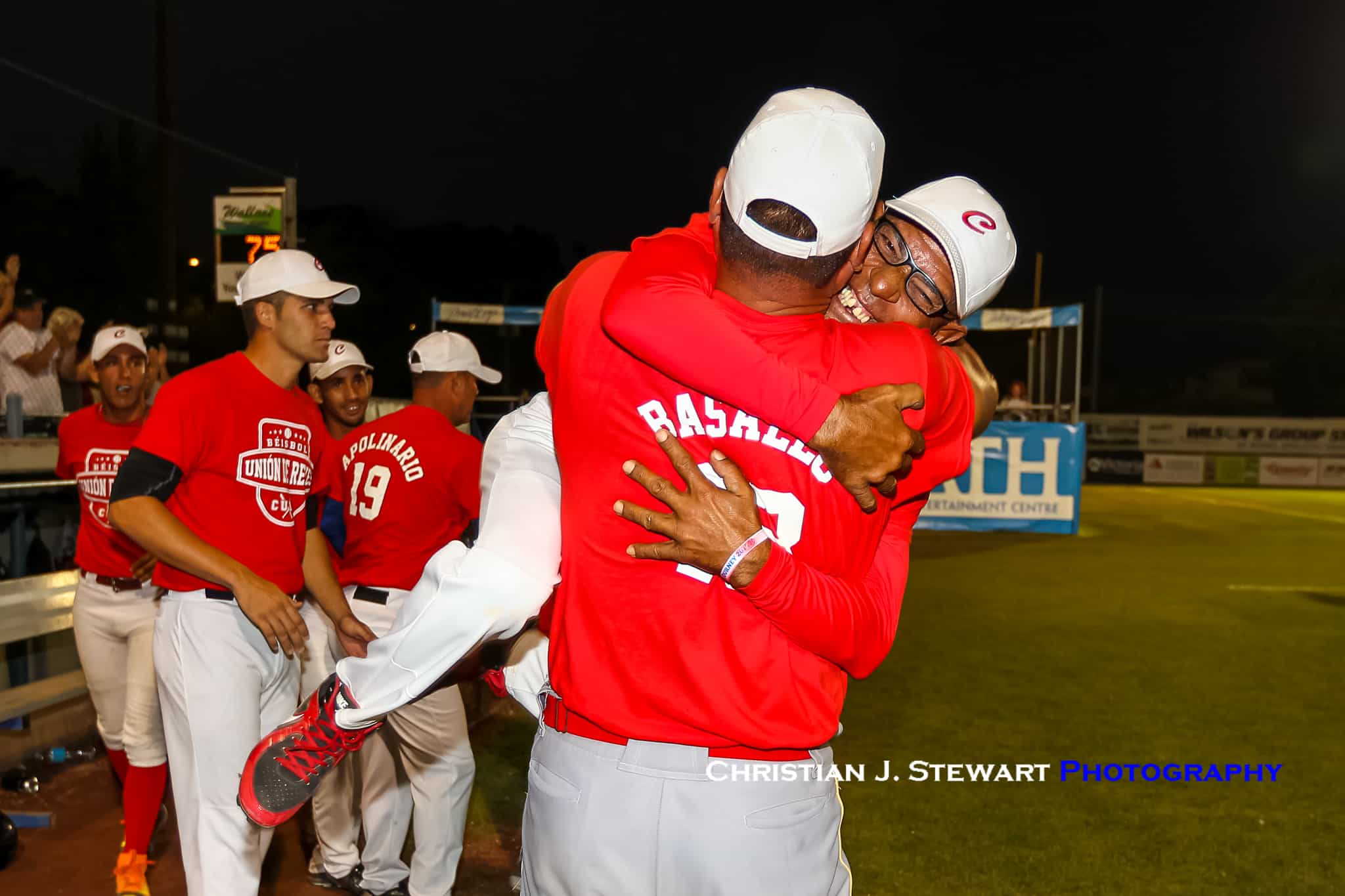 Victoria will return to WCL play tomorrow night, opening a crucial three-game road series against the division leading Yakima Valley Pippins. The HarbourCats trail Yakima by four games in the Second Half standings, and will need a sweep if they want to have any chance of clinching a third straight postseason berth.

2018 All-Star, and ace in the rotation, Garrett Goodall will get the ball tomorrow night against the Pippins’ Hunter French. First pitch is scheduled for 6:35pm at Yakima County Stadium.