WENATCHEE, WA — Frankie Niemann’s five hits and two RBI’s led the way for the Victoria HarbourCats (2-1) in a 8-5 series clinching victory over the Wenatchee AppleSox (1-2) at Paul Thomas Sr. Field.

Niemann came into the game riding a two-game hit streak, collecting a pair of singles in each of Victoria’s first two regular season games in Wenatchee, and exploded tonight with a perfect 5-5 night at the dish. The outing surpassed his previous career high in hits, exceeding a four hit, three RBI performance against McNeese State University back in March while playing for Tulane.

After a scoreless first, Matt Clayton got the second inning started with a leadoff single and Niemann cashed in his first RBI of the night with a single two batters later to give Victoria an early 1-0 lead.

Ty Schindel followed Niemann with a single in the next at bat to load the bases for the HarbourCats, and Kayden Beauregard’s bases loaded walk doubled Victoria’s lead to two. Sensing an early opportunity to score more runs with the bases still full and no outs on the board, the HarbourCats brought four more men to the plate — bringing the total to nine in the frame — highlighted by a pair of sacrifice fly’s from Parker Bramlett and Griffin Paxton in a five-run second inning. 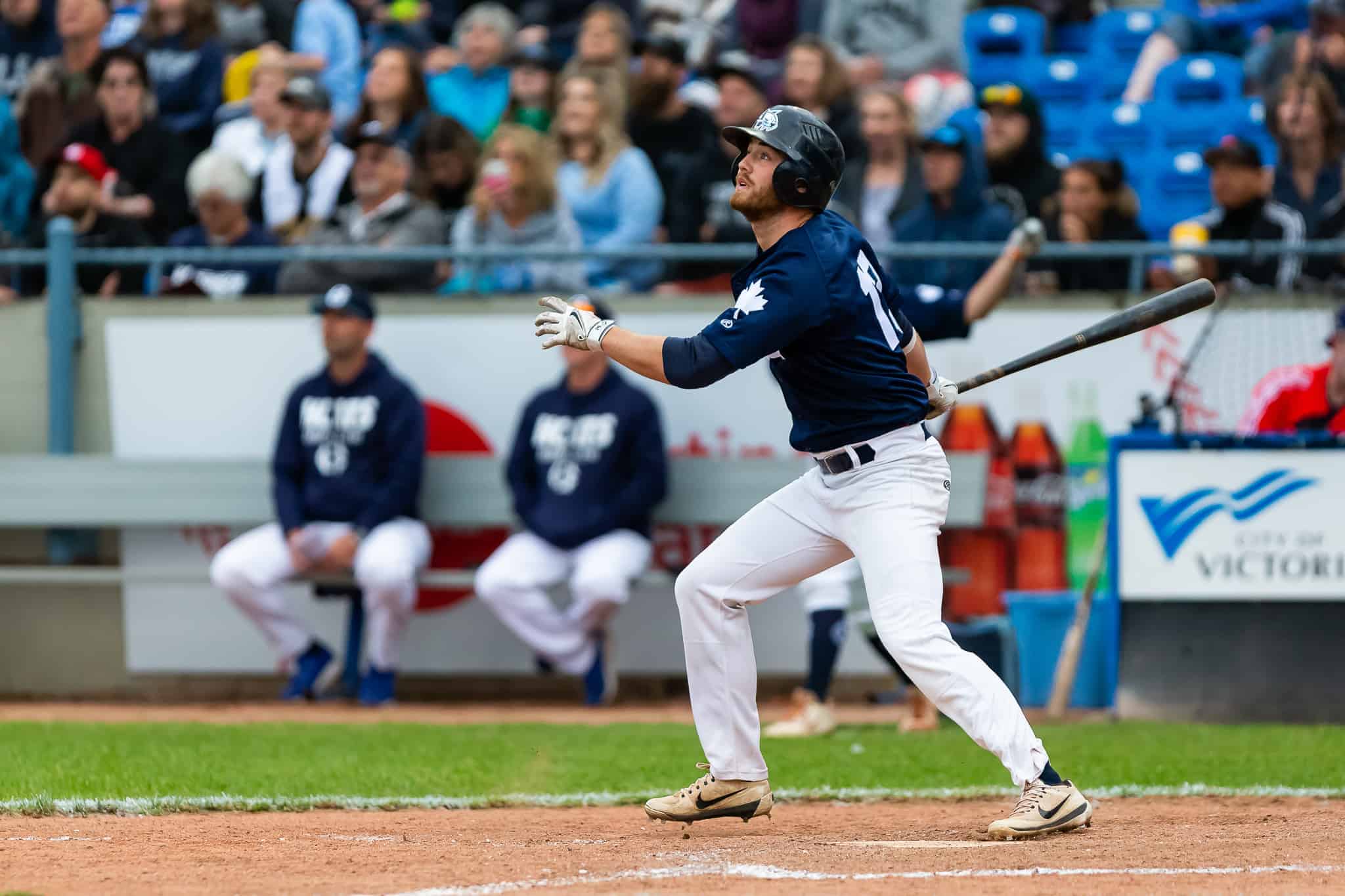 Tyler Schindel follows through after taking a swing in a game last week. (Photo by Christian J. Stewart)

On the mound, HarbourCats starting pitcher DJ Peters didn’t squander the run support from his teammates—allowing his first hit of the game in the home half of the third, a solo home run by John Graham to make it a 5-1 game.

Peters, however, settled back into a rhythm after the leadoff homer by retiring three of the next five AppleSox in the frame, allowing only a single unearned run in the process. The righty out of Scottsdale Community College finished his night with four strikeouts in four innings pitched, allowing only three hits.

Coming back up for his third plate appearance of the night in the fifth, Niemann smacked a double for his third hit of the night and scored Nick Adams from third. Niemann would add two more singles, one in the seventh and another in the ninth, to make it five on the evening. 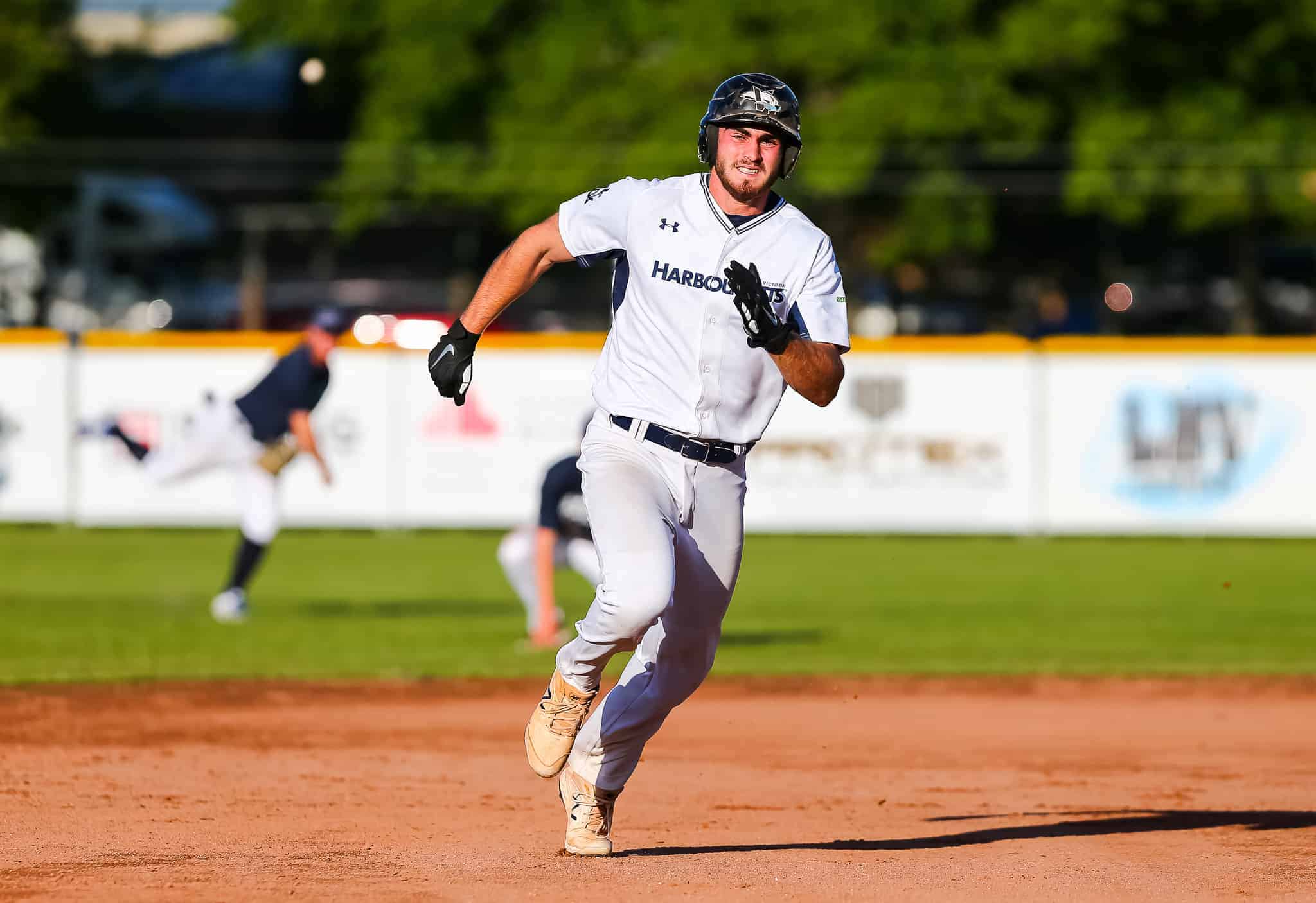 The HarbourCats added another run in the sixth, but Wenatchee tried to make things interesting in the home half of the inning—scoring three times in the frame to make it a two run ballgame. However, Paxton knocked in an insurance run in the top of the eighth with a RBI single, and Victoria never looked back as reliever Matt Amrhein ended the game with a 1-2-3 inning in the ninth.