September 25, 2021, Victoria, BC – It must have been a weird phase of the moon Saturday, as the Tide was low all day, dropping the first game to the visiting University of Fraser Valley Cascades and then rallying late to salvage a tie in the second, in Canadian College Baseball Conference (CCBC) fall baseball action at Wilson’s Group Stadium in Victoria. 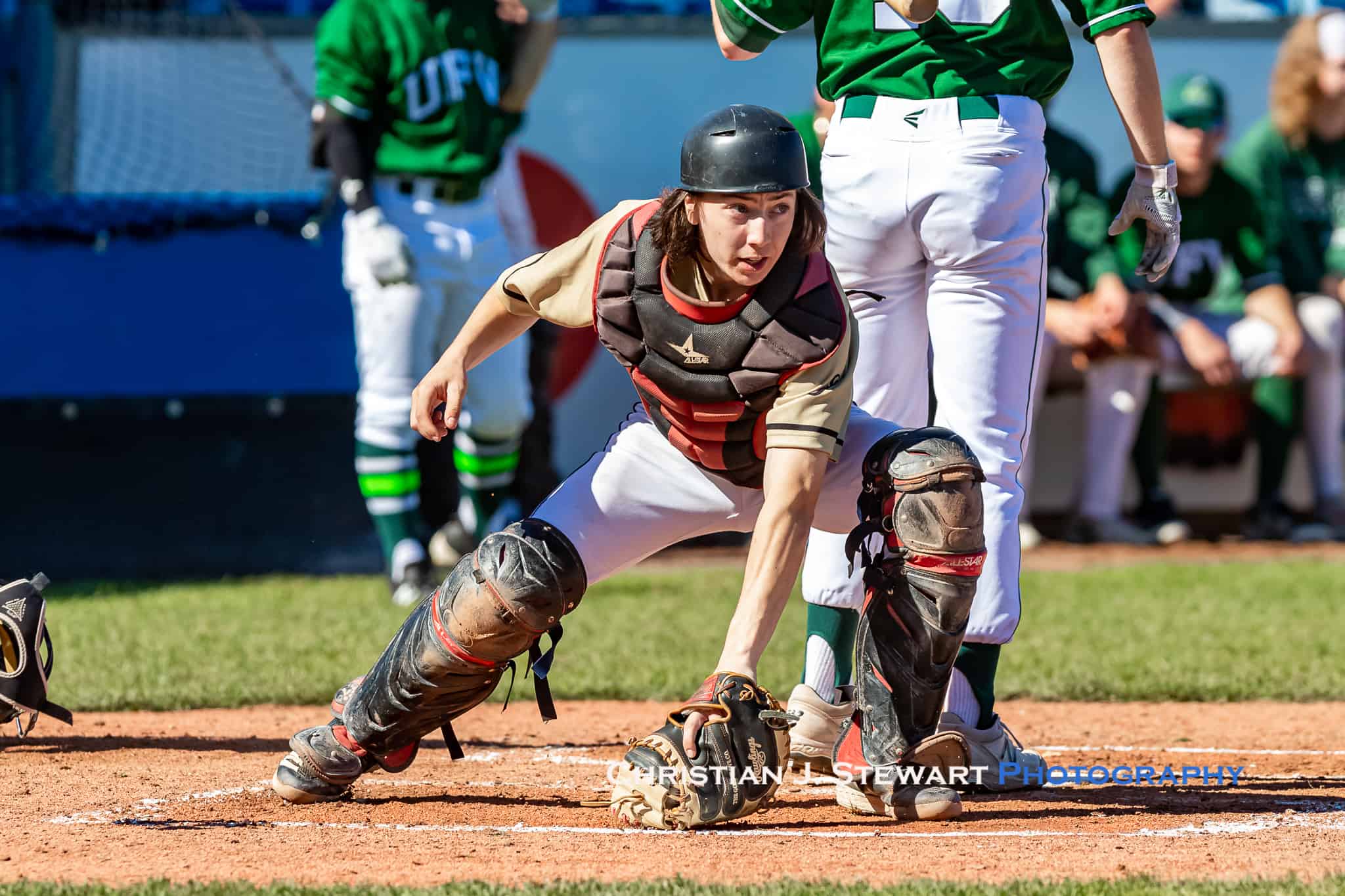 Golden Tide catcher Ryan Whelan tracks down a loose ball while keeping an eye on a Cascade baserunner in Game one Saturday (Photo: Christian J. Stewart)

The Cascades came out swinging in game one Saturday, jumping all over Victoria starter Cameron Dunn for three runs in the first and another two in the second, eventually building up an 11-1 lead after six innings of play. 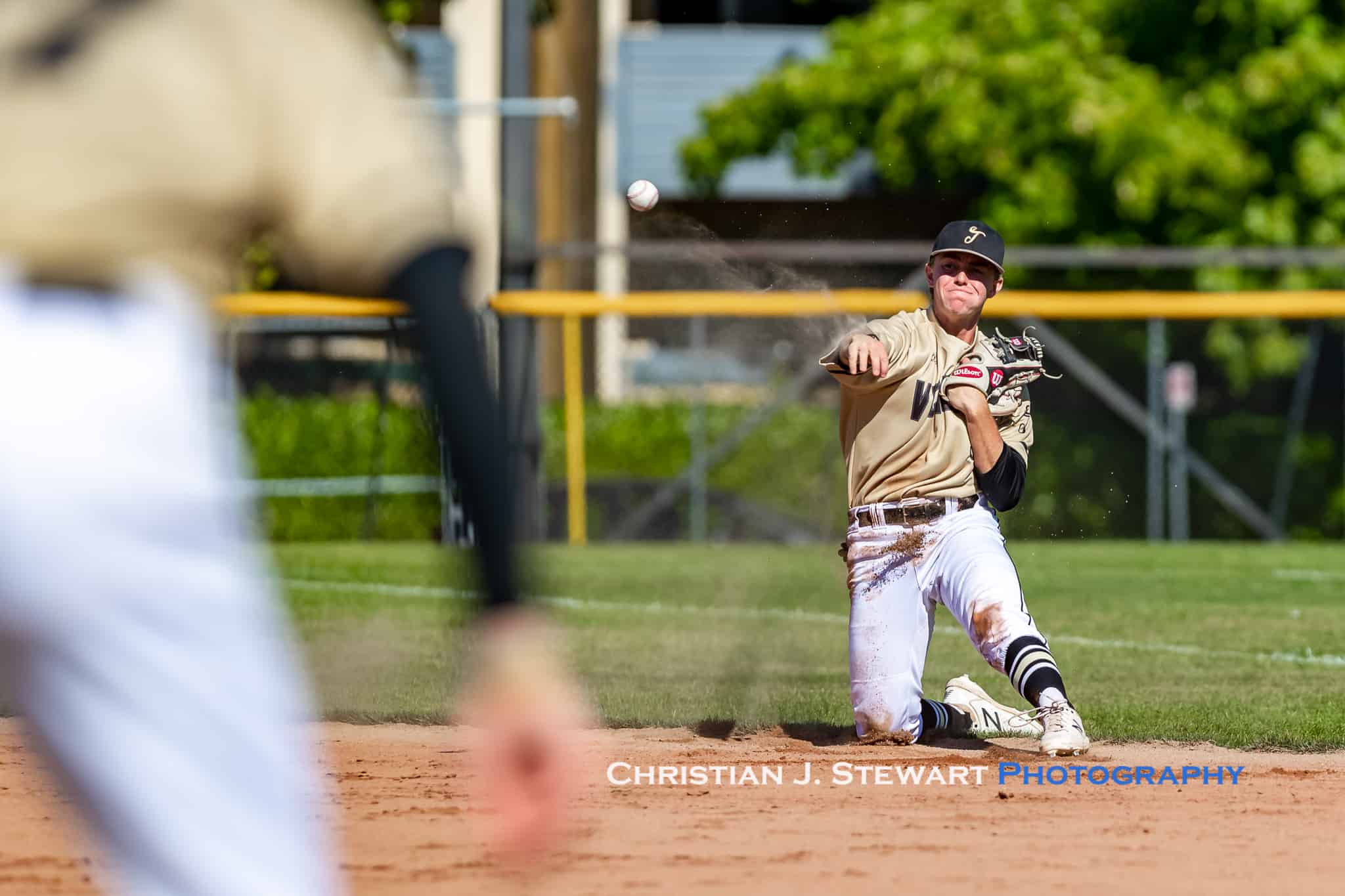 Tide second baseman Brandon Green throws from his knees on this play in game one Saturday (Photo: Christian J. Stewart)

The Tide would score one in the eighth and then get a three-run home run from Zeke Holt in the ninth inning to make the score a little more respectable, but that would be as close as they would get as the Cascades closed out a 11-5 victory. 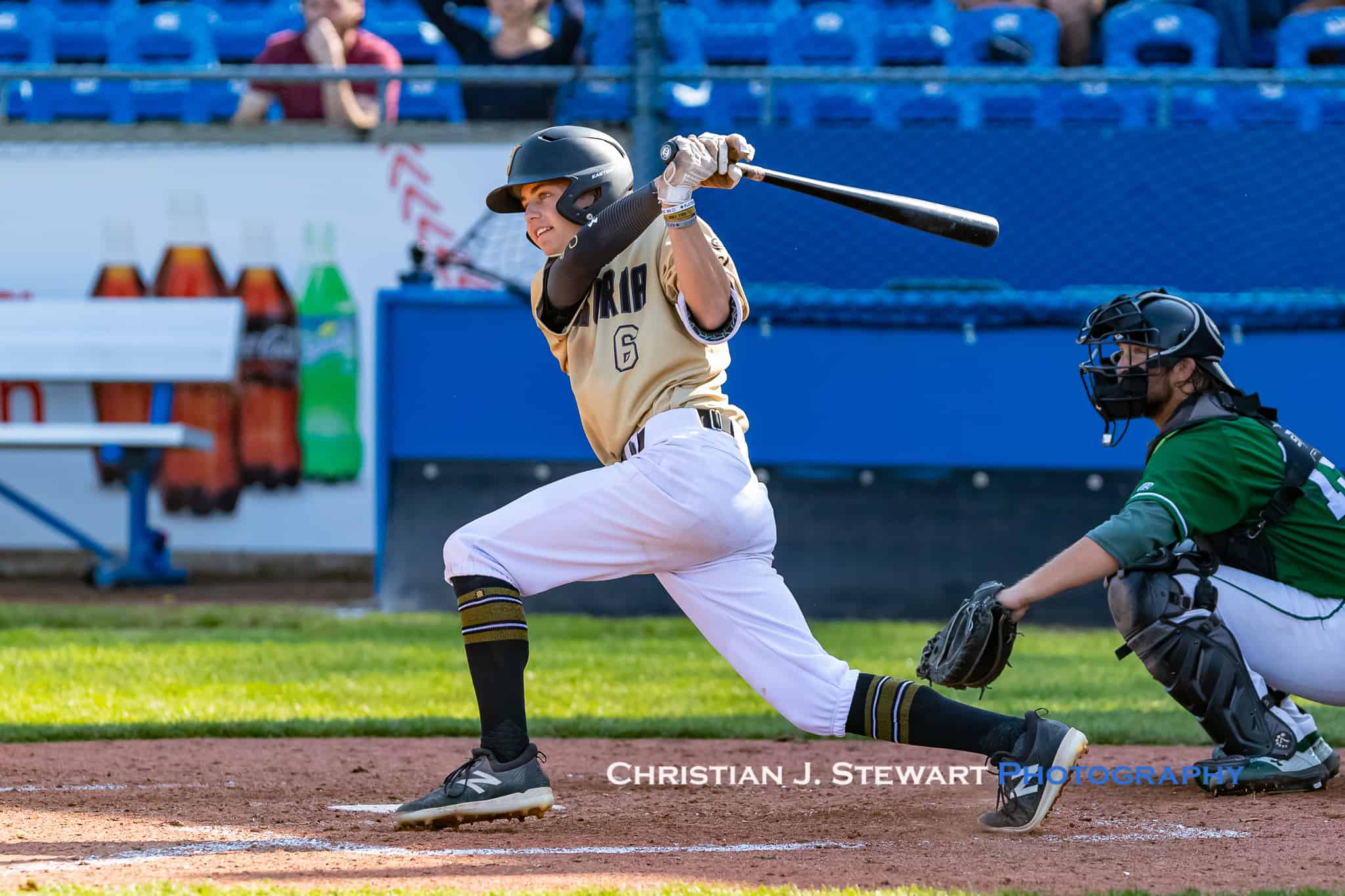 Chase Thomson had a good day Saturday with hits and RBIs n both games against the Cascades (Photo: Christian J. Stewart)

Josh Berenbaum was an offensive catalyst in the leadoff spot for Fraser Valley, with three singles, two runs scored and a pair of RBI.  Dylan Merritt also had a pair of hits and pair of runs scored, while Charlie Towers had a triple, walk and pair of RBI to contribute to the winning effort.

For the Tide, in addition to Holt’s blast, Chase Thomson had a pair of hits and an RBI, while Austin Gurney had a pair of walks and a run scored in his Golden Tide debut. 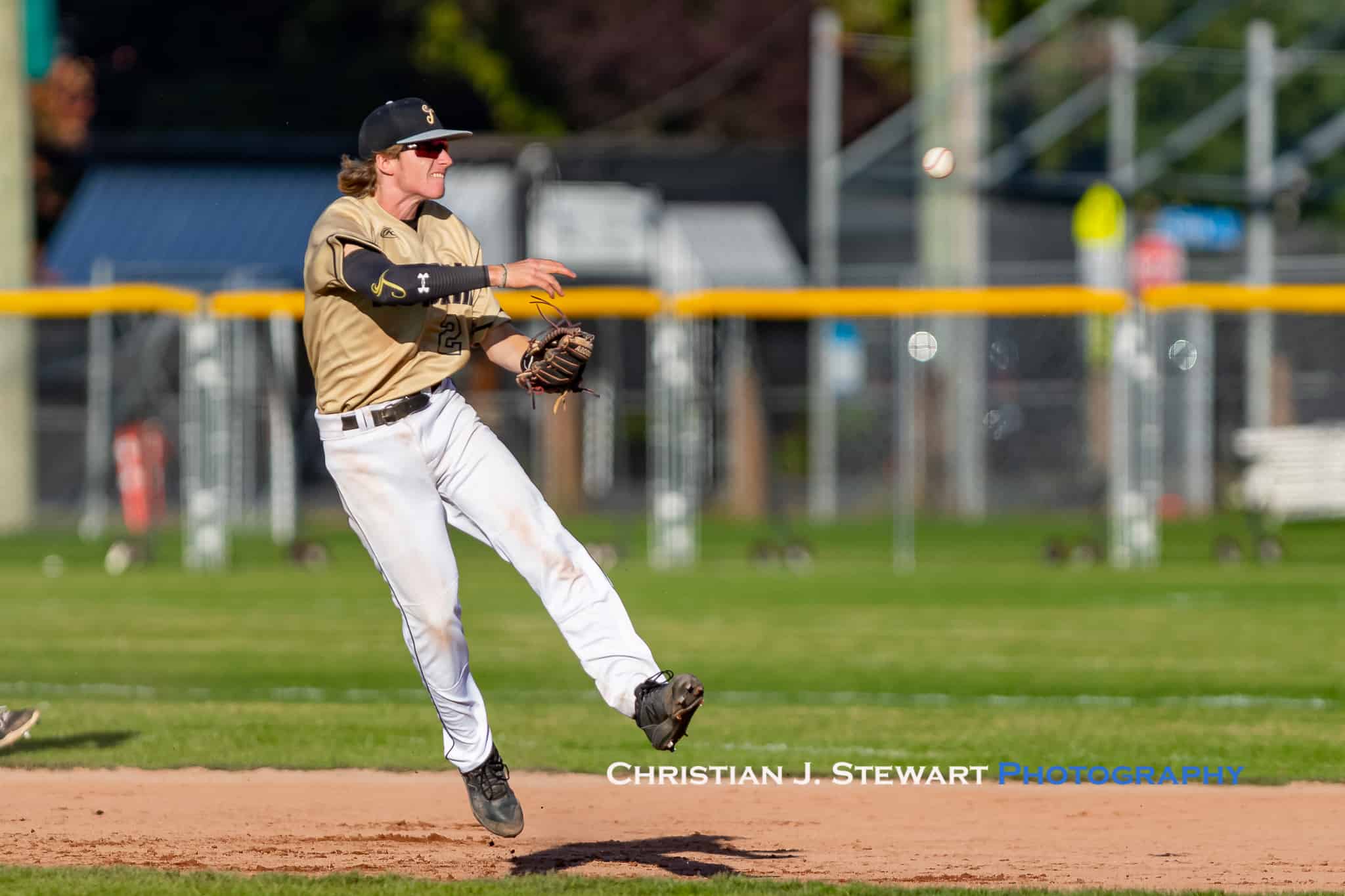 Game two was a little more entertaining affair as the Cascades and Tide exchanged three-run innings in the top of the second and bottom of the third innings respectively, with the Cascades then scoring one in each of the top of the fifth and sixth innings to take a 5-3 lead into the eighth. 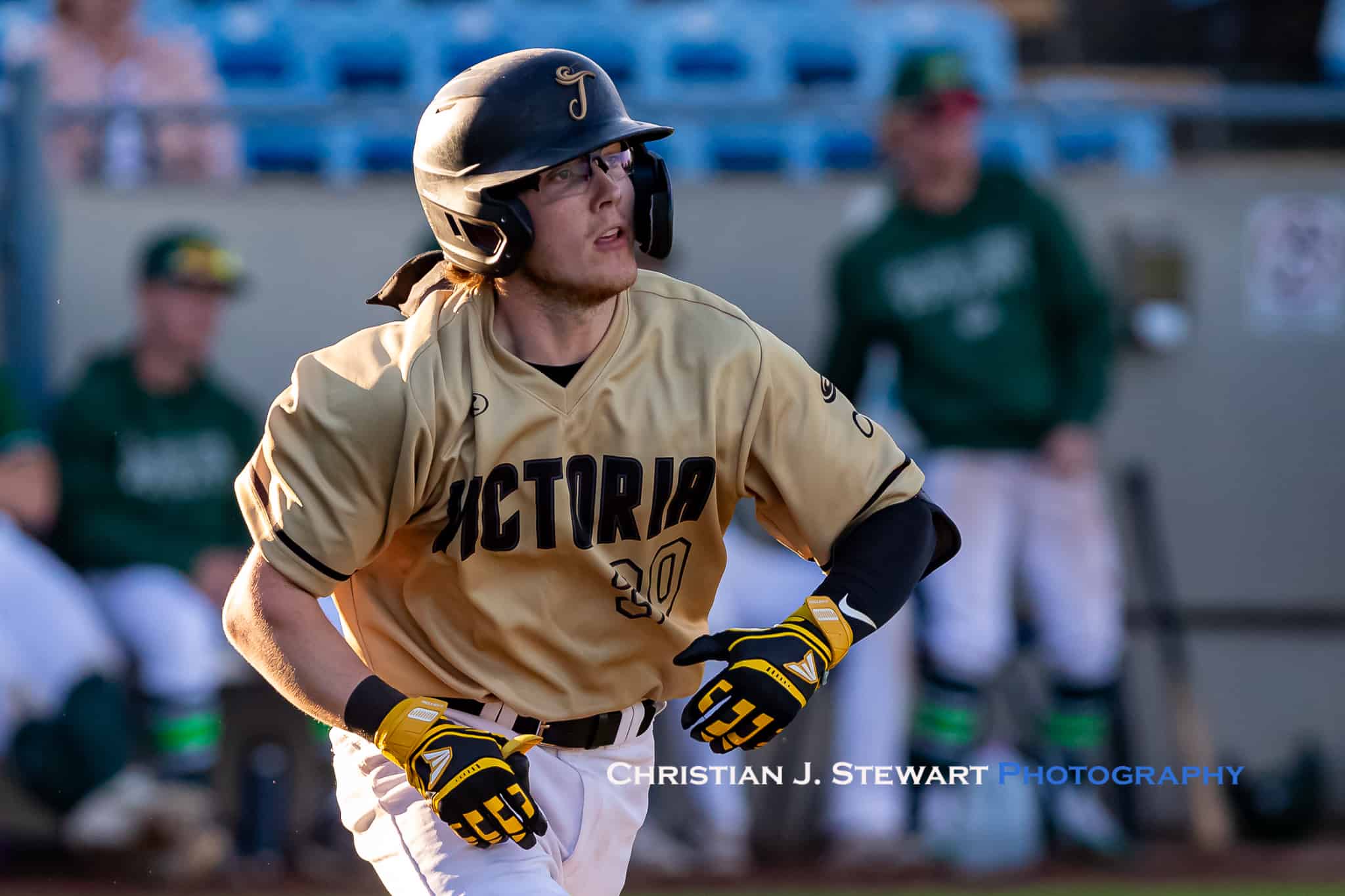 The Tide’s Ethan Keats would have a double and run scored in game two against the Cascades on Saturday (Photo: Christian J. Stewart)

The Tide would tie things with a pair of runs in the bottom of the eighth, but that would be all the scoring in the game, as relievers Ethan Dean (Tide) and Evan Petersen (Cascades) shut things down through the 10th inning when the game was called in a 5-5 draw, as the Cascades had to leave and catch the last ferry off the Island. 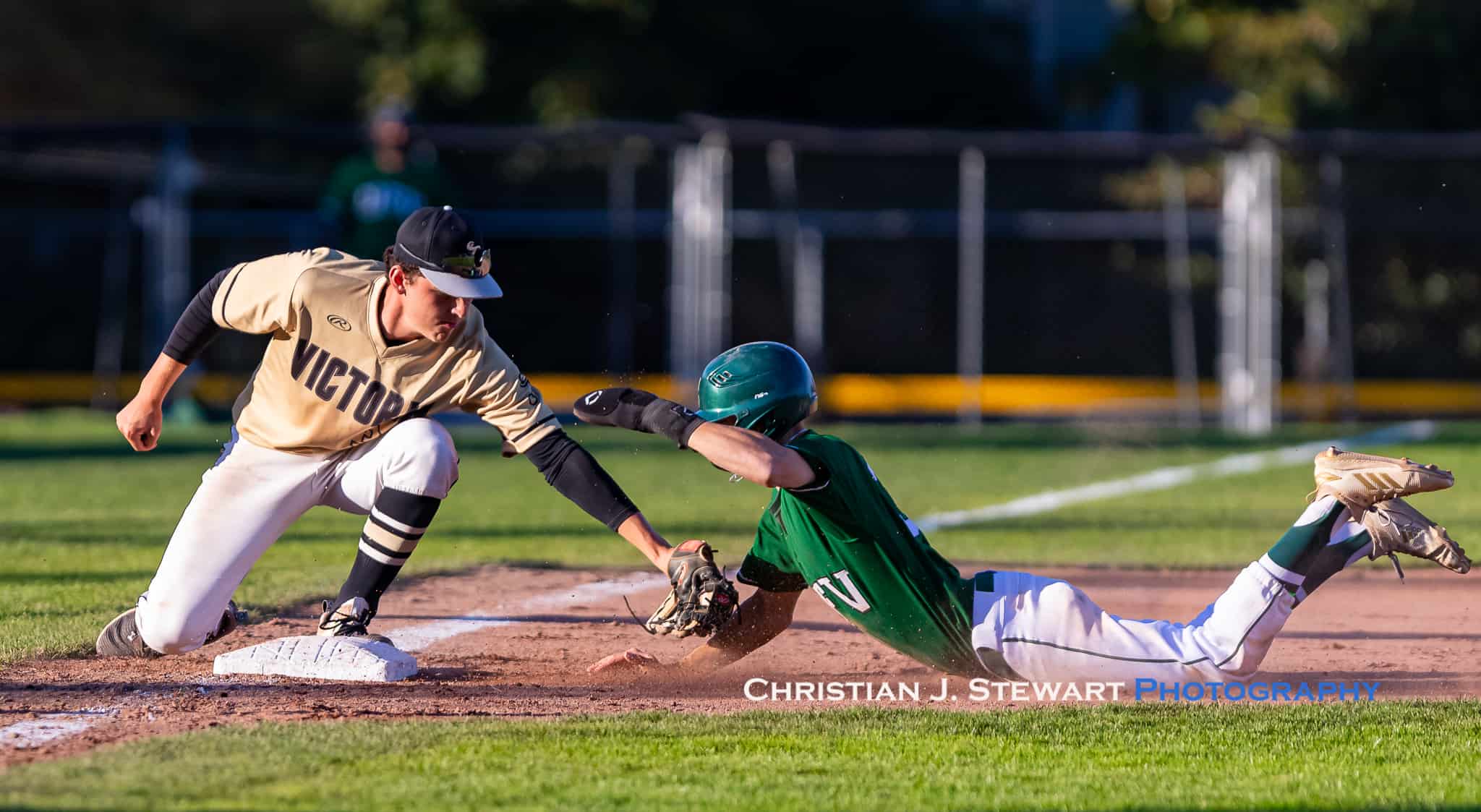 For the Tide, Chase Thomson led the way with a double and two RBI, while Ethan Keats had a walk, double and a run scored.  Autin Wall also singled and scored. 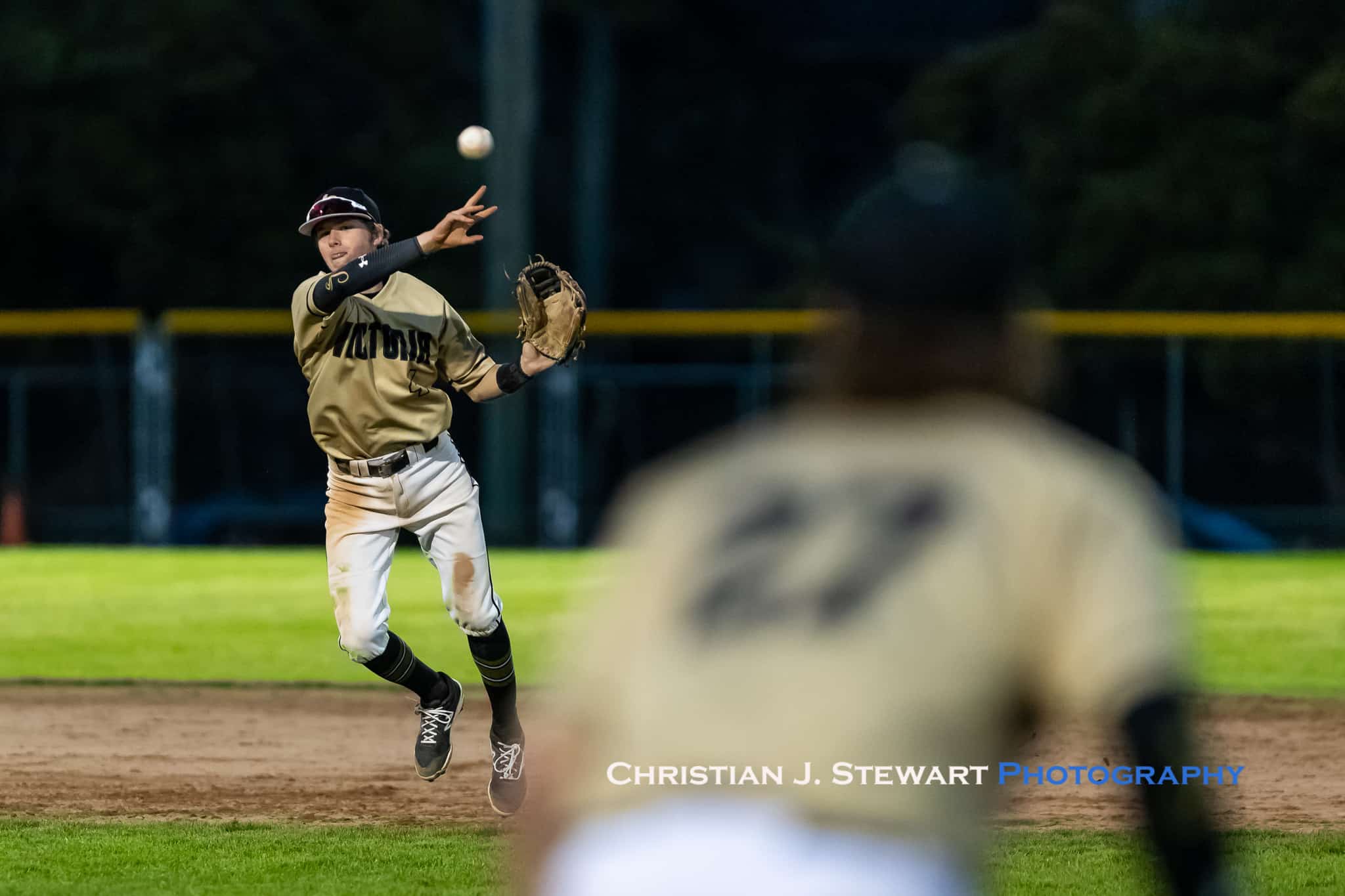 For Fraser Valley, Dylan Meritt had a single and a double, while Blake Badger had  a single, walk and pair of runs scored to lead the Cascade offence.  Petersen, who started the game as DH, also had a double and run scored. 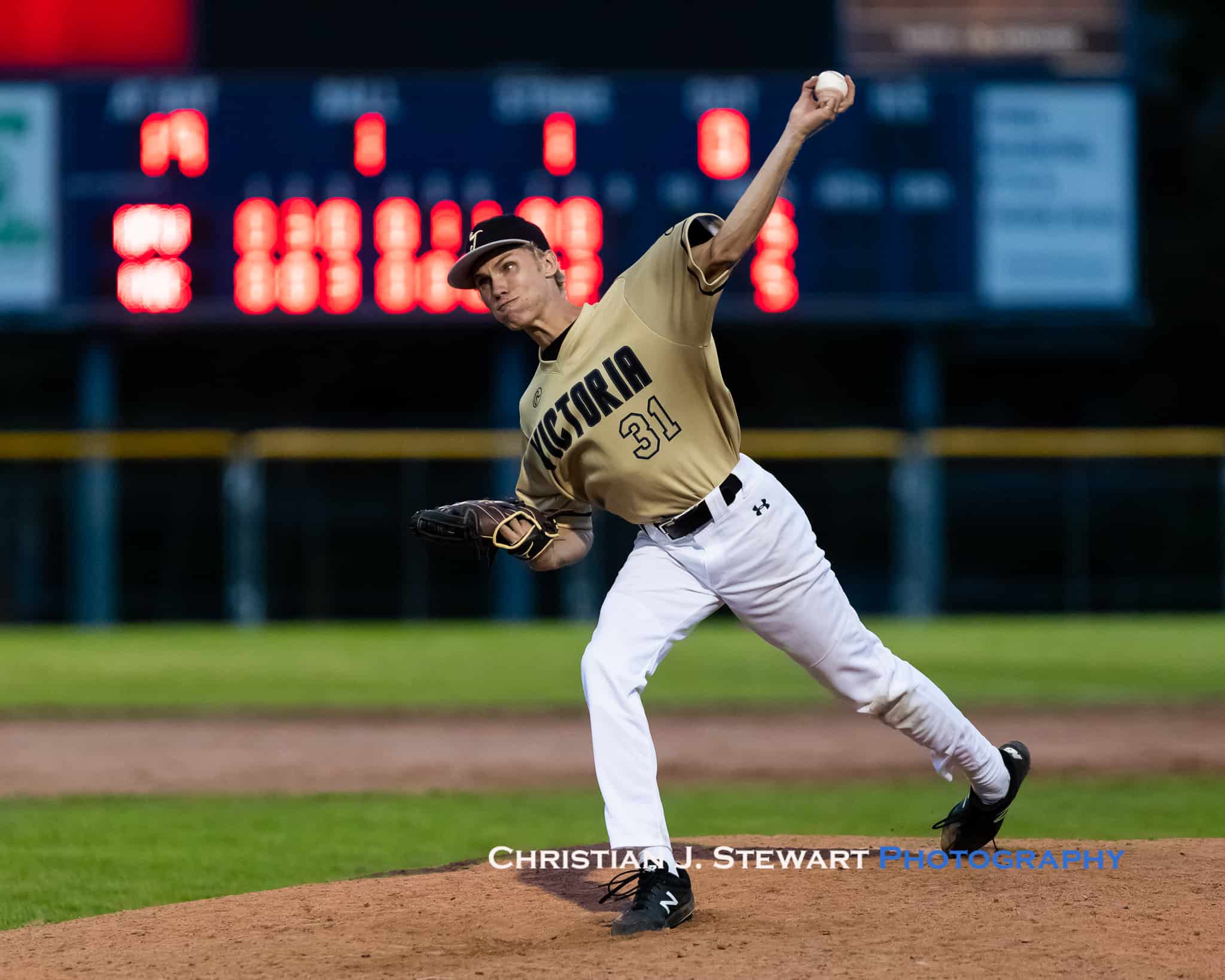 The Golden Tide are right back in action on Sunday as they host the Mid-Island Pirates in a doubleheader beginning at 3:00 pm at Wilson’s Group Stadium. Gates open at 2:00 pm and tickets are just $5.00 and $10.00 at the gate.  Kids under 12 get in free. 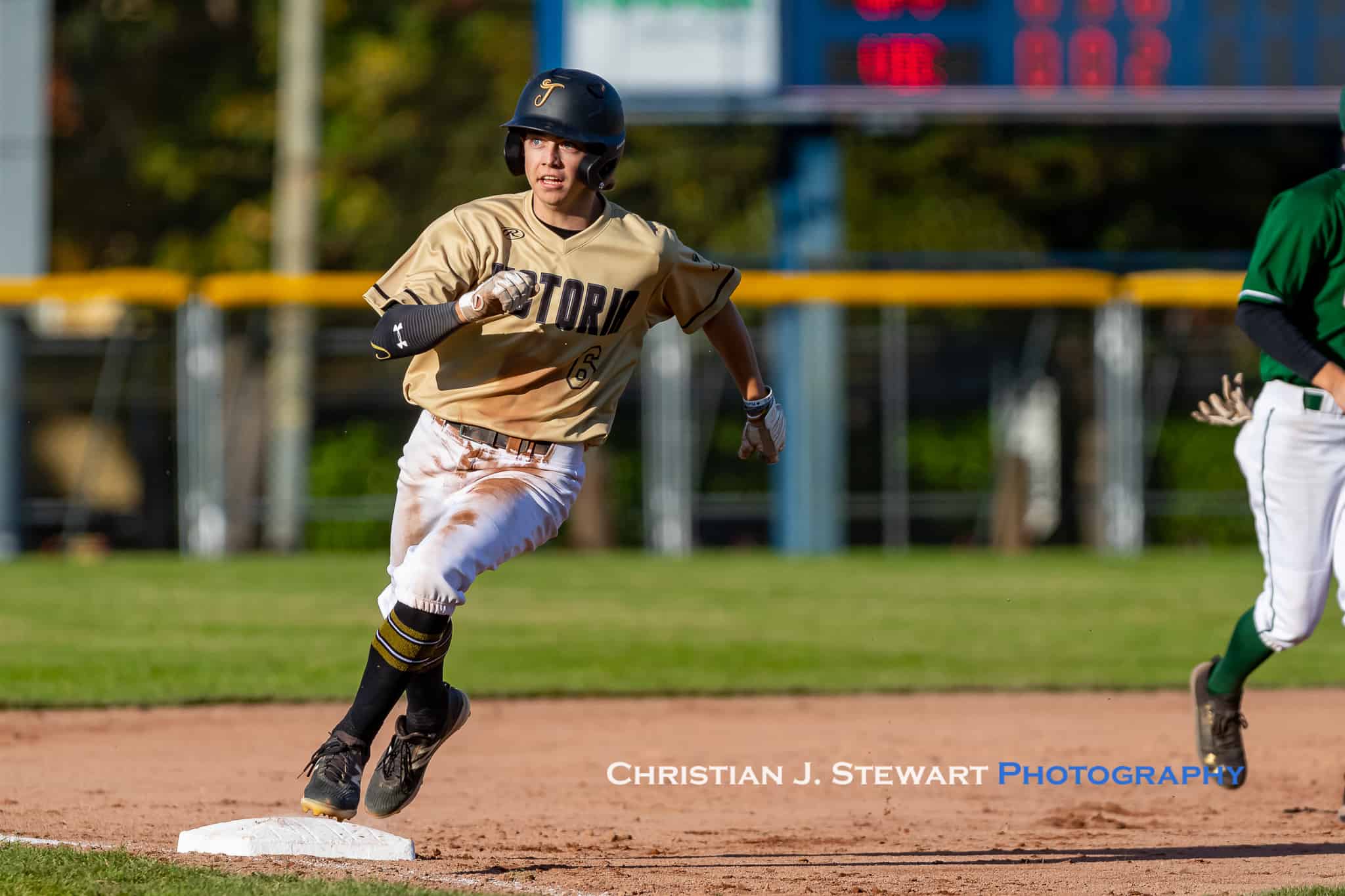 The Tide’s Chase Thompson rounds third while looking for a sign from the coach during a Victoria rally in game two (Photo: Christian J. Stewart)