June 24, 2018 – A solo home run by Bellingham’s Matt James in the top of the eighth inning proved to be the difference, as the Bells defeated the Victoria HarbourCats 4-3 Sunday afternoon in  well played affair at Wilson’s Group Stadium at Royal Athletic Park in Victoria.

The win gave the Bells (15-6) the series victory and increased their division lead to 4.5 games over the HarbourCats, who fell back down to .500 on the season (9-9). 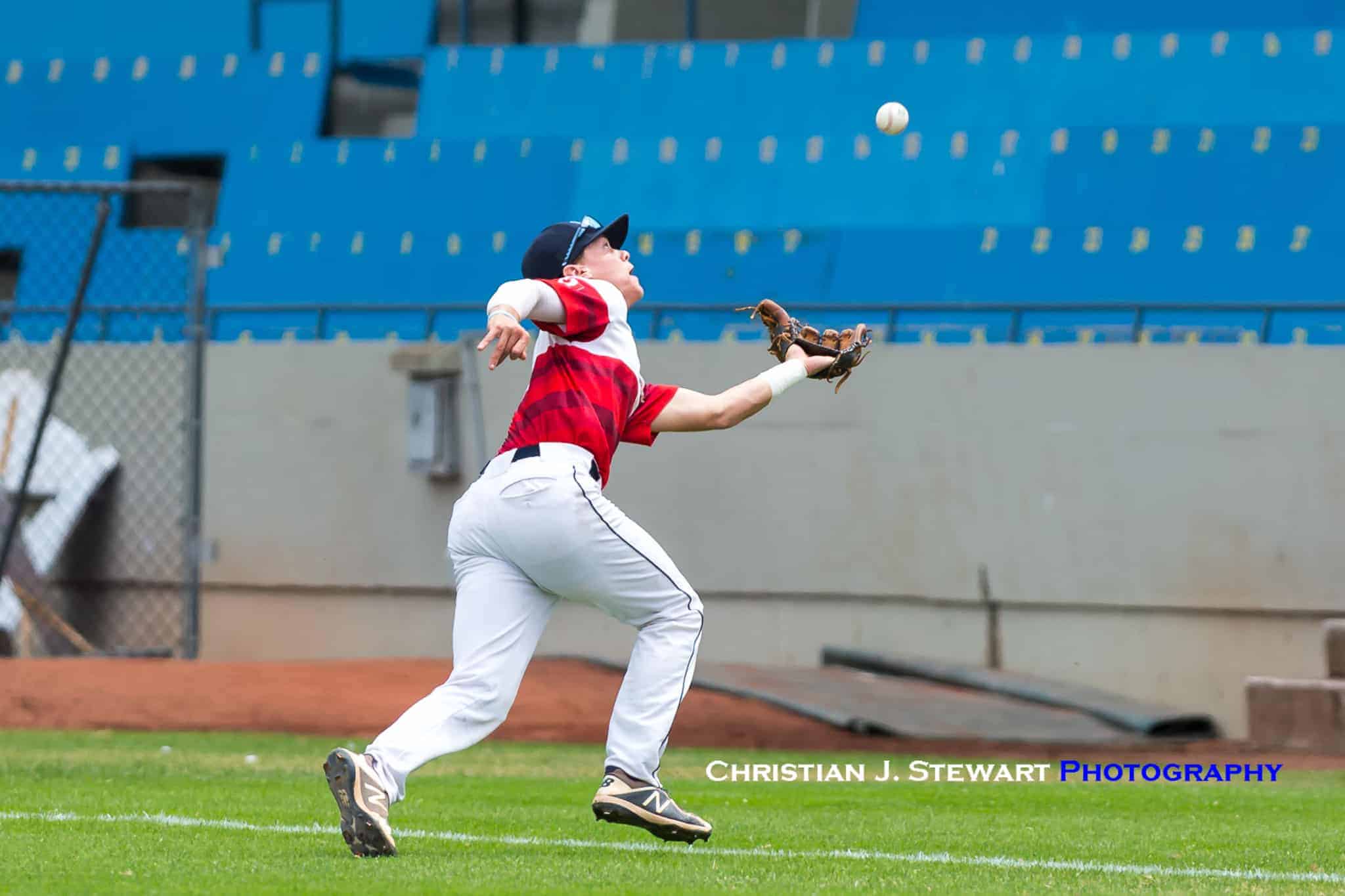 Tyler Hilton (Mesa CC) made his third start on the bump for Victoria, and despite only allowing four hits in 4 1/3 quality innings, the righty ran into some early trouble with the Bells sluggers.

The Mesa, AZ native allowed two walks, and hit a batter to load the bases for Bells outfielder Jack Machtolf. The outfielder would then hit a routine grounder to second baseman Adam Imwalle, who booted the ball  committing the first error of the game, and allowing the Bellingham runner on third to score to give the visitors an early 1-0 lead.

Connor Mack, who homered in last night’s game, smacked his second home run of the season to left field to lead off the fourth inning to increase the Bellingham lead to 2-0 and although Hilton would give up two more singles in the inning, he managed to escape the threat with a couple of strikeouts and a line-out to centre.

After another walk to start the top half of the fifth, Head Coach Brain McRae had seen enough and opted to go for his bullpen for the first time of the afternoon, summoning right-hander Nathan Walker. Walker would give up a fielder’s choice RBI to Mack – his second RBI of the game – and Bellingham would take a 3-0 lead into the the bottom of the fifth. 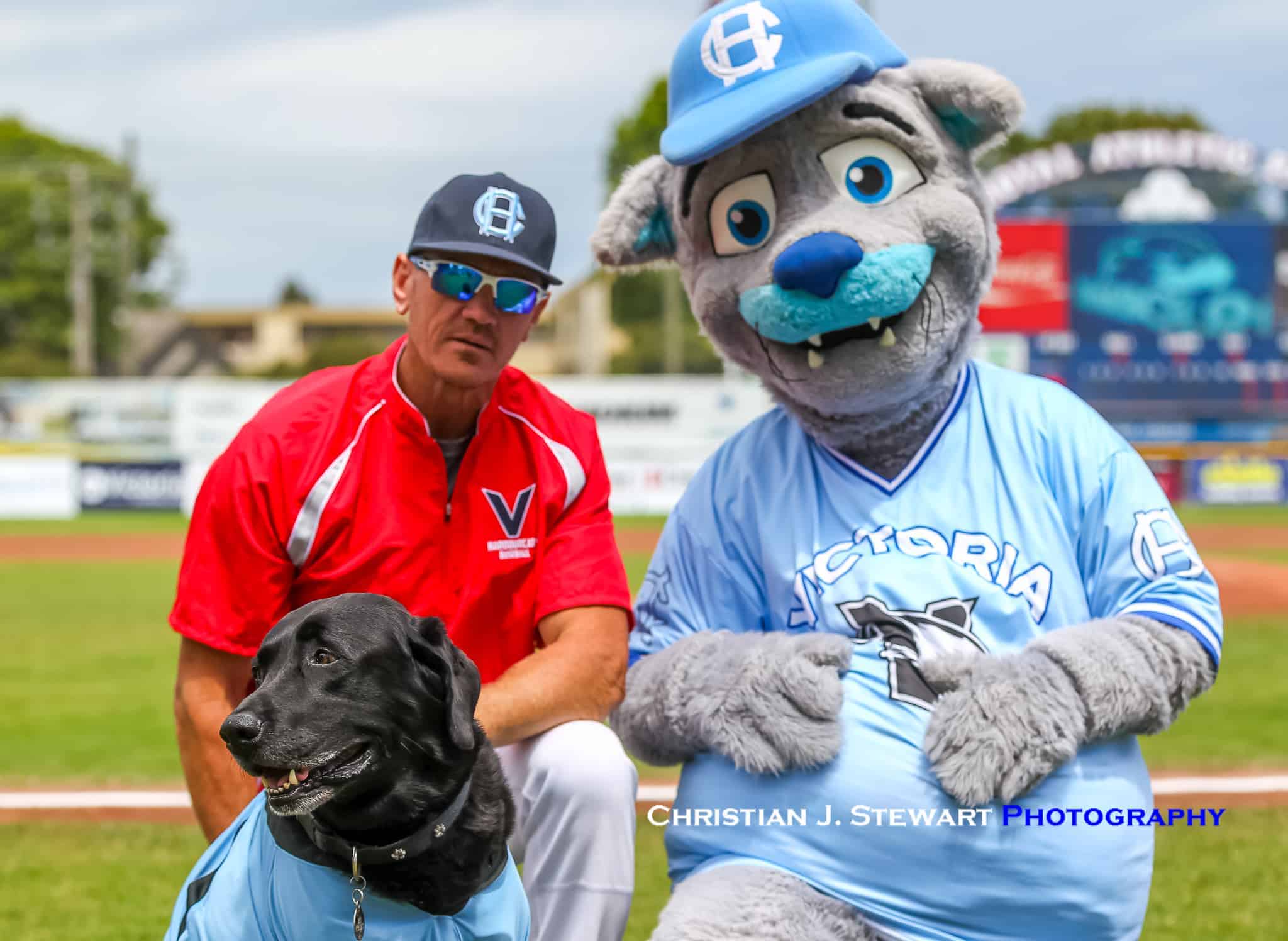 It was Bark in the Park Sunday and Beckett the HarbourDog was on hand with Harvey and Assistant Coach Troy Birtwistle (Photo: Christian J. Stewart)

The HarbourCats luck would begin to change in the home half of the fifth, as the 1,931 fans, accompanied by their four-legged pets in the stands on Bosley’s on Yates Bark in the Park Day finally had a reason to cheer.

The HarbourCats loaded the bases off Bells reliever Chris Michaels in the inning for Victoria native Jason Willow, who has enjoyed playing for his hometown team this season collecting at least one hit in his first first three games as a HarbourCats this season. 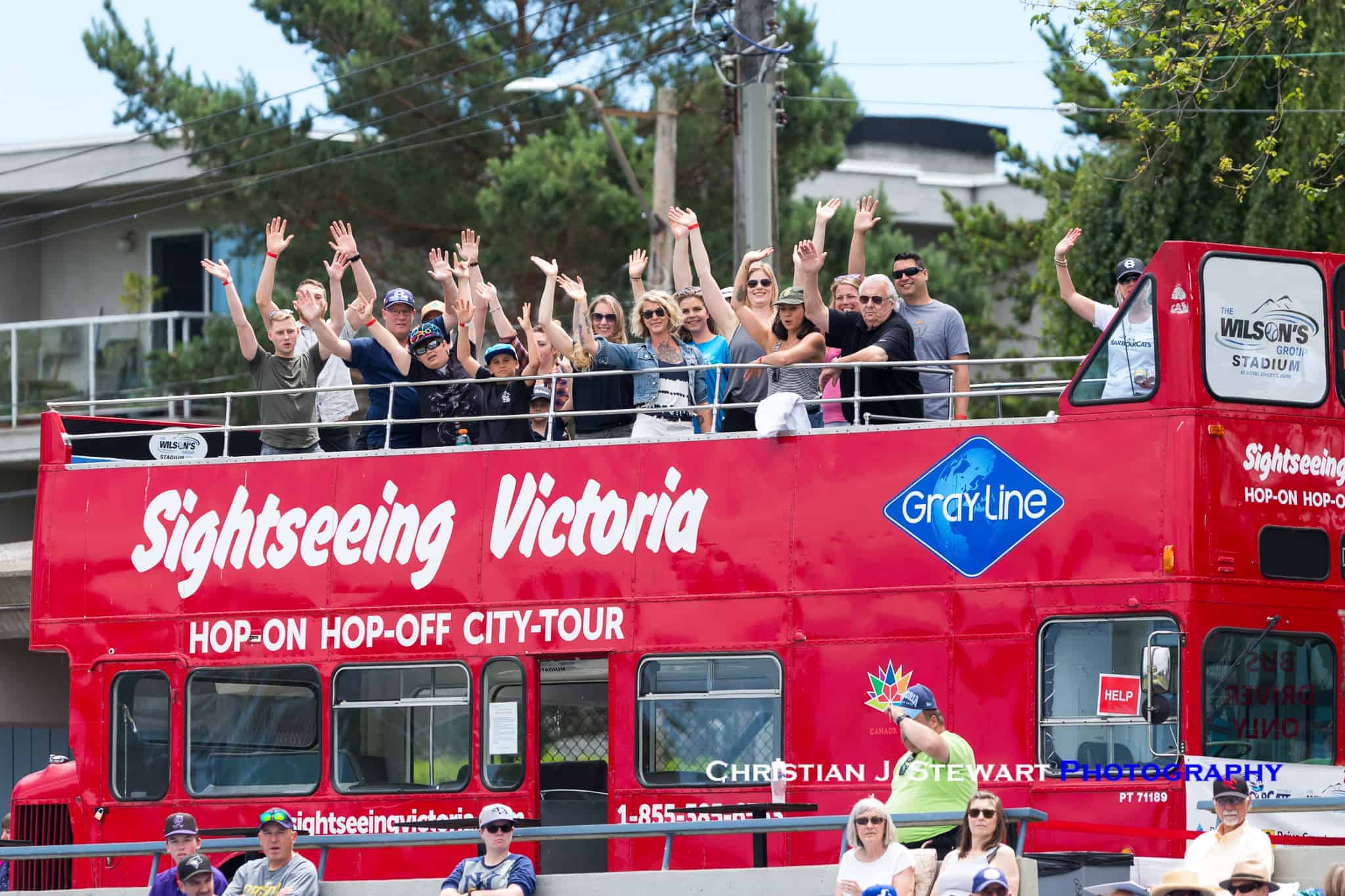 On a 0-2 pitch, the 2017 Baltimore Orioles draft pitch launched a rocket base hit to right field for a RBI single. Once the ball reached the Bells right-fielder, he had trouble fielding the ball, and it flew in between his legs to reach the fence.  The error, the second of the game for Bellingham, allowed Willow to reach third and cleared the bases to tie the game at 3-3.

The HarbourCats threatened again in the seventh by putting runners on the corners for Cade Brown, but he couldn’t bring any runners home once Bellingham Manager Bob Miller pegged reliever Justin Armbruester out of the ‘Pen. 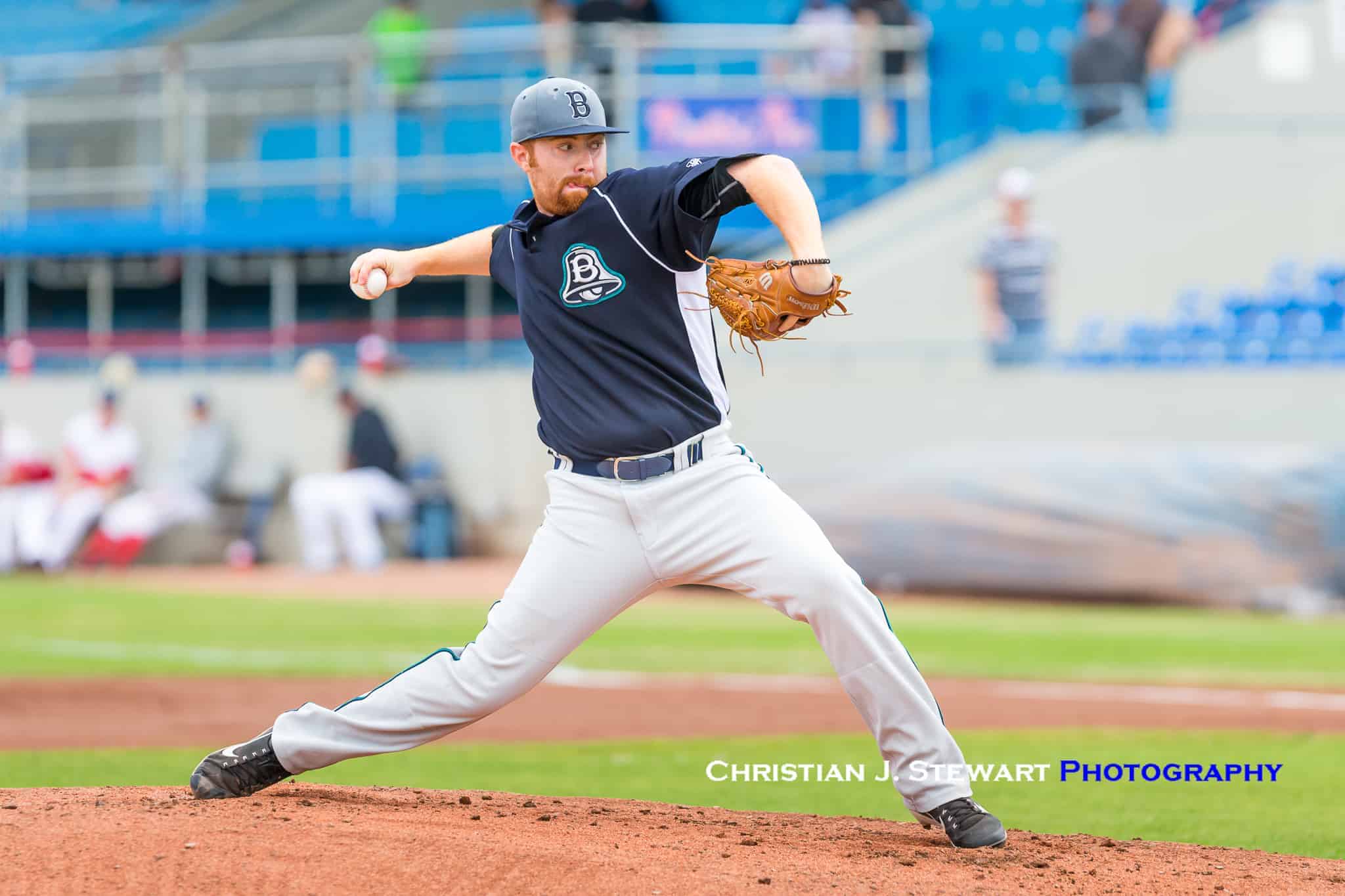 Bellingham starter Ben Leper got his team off on the right foot Sunday, striking out seven batters in his three innings of work (Photo: Christian J. Stewart)

The HarbourCats bullpen were holding their own too, as a combination of Walker, Gunnar Friend, and Lawson Humphries were able to hold the Bells scoreless throughout the middle innings, before Ping-Chun Ho toed the rubber to start the eighth.

Bells catcher Matt James then propelled himself into the WCL lead for RBI (16) with his solo shot to left field to give Bellingham a 4-3 lead heading into the final two innings.

The homer was all the Bellingham bullpen needed, as Taylor Davis came on to hold the HarbourCats to two hit over the final 2 2/3 innings and hand the HarbourCats with their ninth loss of the season.

The HarbourCats will hop on the bus and travel to Walla Walla, Washington for a three-game series against the Sweets starting tomorrow night at 6:35pm. Right hander Tyler Thomas will look for his third win of the season at Borleske Stadium in southeastern Washington State.