VICTORIA, B.C. — As the people of Victoria know well, the words ‘sport’ and ‘tourism’ have become very important and intertwined — boosting the local economy.

And the HarbourCats are front and centre when it comes to summer sports tourism in Victoria. The HarbourCats are proud to announce a partnership with the Greater Victoria Sport Tourism Commission, led by Executive Director Keith Wells, to present the four-game INTERNATIONAL SERIES that will take place at Wilson’s Group Stadium at Royal Athletic Park.

“The work done by the GVSTC is integral to the continued growth and marketing of our community, which benefits greatly from so many sectors of the tourism market,” said Jim Swanson, Managing Partner/GM of the HarbourCats. “This is an ideal partnership with the teams we have coming here — additions from our usual cross-border rivalries with the 10 US cities in the West Coast League.”

The Greater Victoria Sport Tourism Commission has been extremely effective bringing major events to Victoria, including helping attract the World Junior Hockey Championship, which took Victoria by storm over the Christmas holidays. The public is very aware of other efforts, such as working to bring the Invictus Games to B.C.’s capital city region. 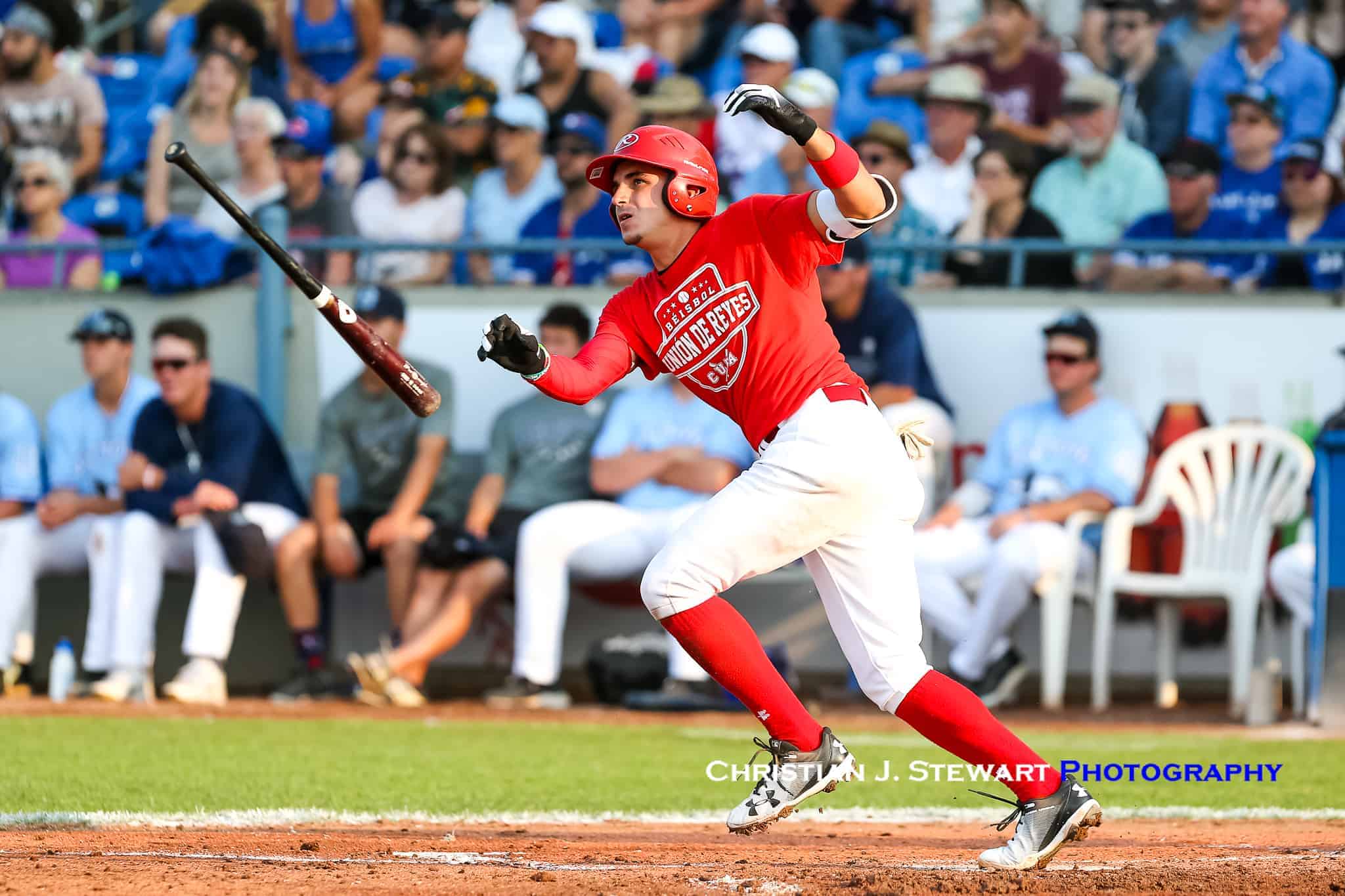 Alberto Bello with the bat flip after his 2-RBI single gave Cuba an early lead in the 2018 game with the HarbourCats (Photo: Christian J. Stewart)

The HarbourCats augmented their schedule this year, to the delight of the best fans in the WCL, by adding in three games involving Union de Reyes of the Matanzas region of Cuba, and an elite summer program from metro Seattle. Included in that is one of the biggest stories of the year in Victoria sports, for those who understand the politically-charged makeup of this game — a Cuban team playing an American team on Canadian soil, taking place this coming Sunday, June 2 at 1:00 pm. That game follows the pre-season Alumni Classic on Saturday evening June 1 and is the warm-up act for a second Cuban game on Sunday, against the 2019 HarbourCats, at 6:35 pm.

The Greater Victoria Sport Tourism Commission will be sponsoring the following games, all taking place at Wilson’s Group Stadium at RAP in the heart of Victoria:

“The Cuba game in 2018 may have been the most entertaining match-up we’ve ever seen at our park — watching them play, their style and emotion, had people fully engaged in the game, smiling and enjoying the passion that is so evident in the Cuban way of playing baseball,” said Swanson. “These are games that people will not want to miss.” 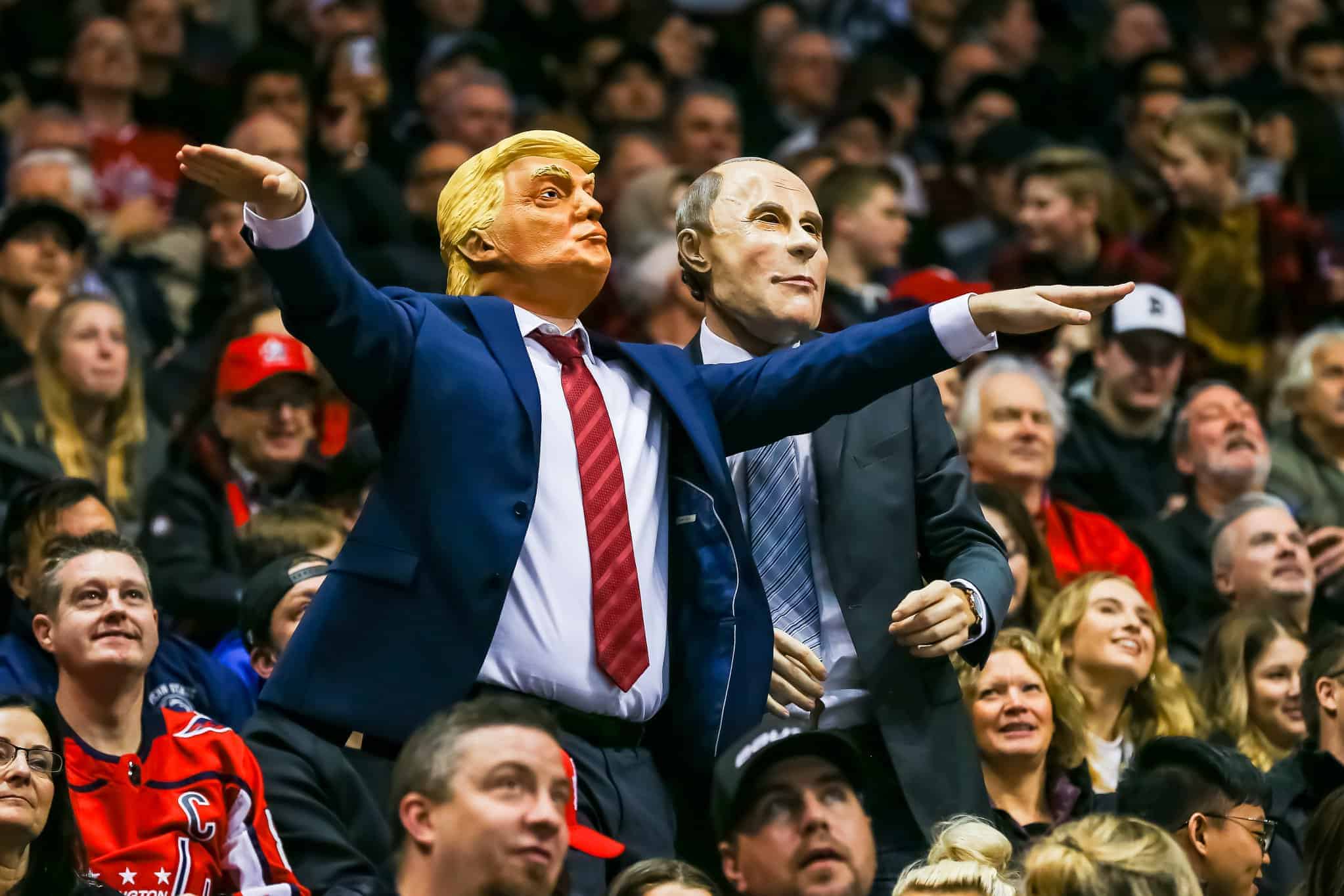 It is a pretty “safe” bet that a certain US President or two won’t be in attendance to watch the Port Angeles Lefties take on Team Cuba in Canada (at Wilson’s Group Stadium) on Sunday, June 2 (Photo: Christian J. Stewart).

Tickets for all games in the INTERNATIONAL SERIES can be purchased on line at harbourcats.ticketrocket.co, at the HarbourCats offices at 1814 Vancouver Street, or by calling 778-265-0327.  Tickets will also be available at the Stadium Box Office at the Main Gate on Caledonia avenue starting at 12 Noon Saturday (prior to the Alumni Classic) and again at 12 Noon on Sunday prior to the first Cuban game.  Gates for the Alumni Classic on Saturday and for the Port Angeles – Cuba game on Sunday open at 12 Noon.