Three Canadians, including two from Island, among first named for 6th season

The Victoria HarbourCats are pleased to announce the first four signed players for the 2018 season, and it’s a group that should have the team’s devoted fans very excited for what could be on the horizon at Royal Athletic Park.

The first signees are Victoria-bred infielder Jason Willow, left-handed pitcher Ethan Fox of Campbell River, another returning player in catcher Tanner Rempel of Abbotsford, and all-star outfielder Hunter Vansau of Mississippi State, a left-handed hitter who put up huge numbers as a WCL rookie in 2017. 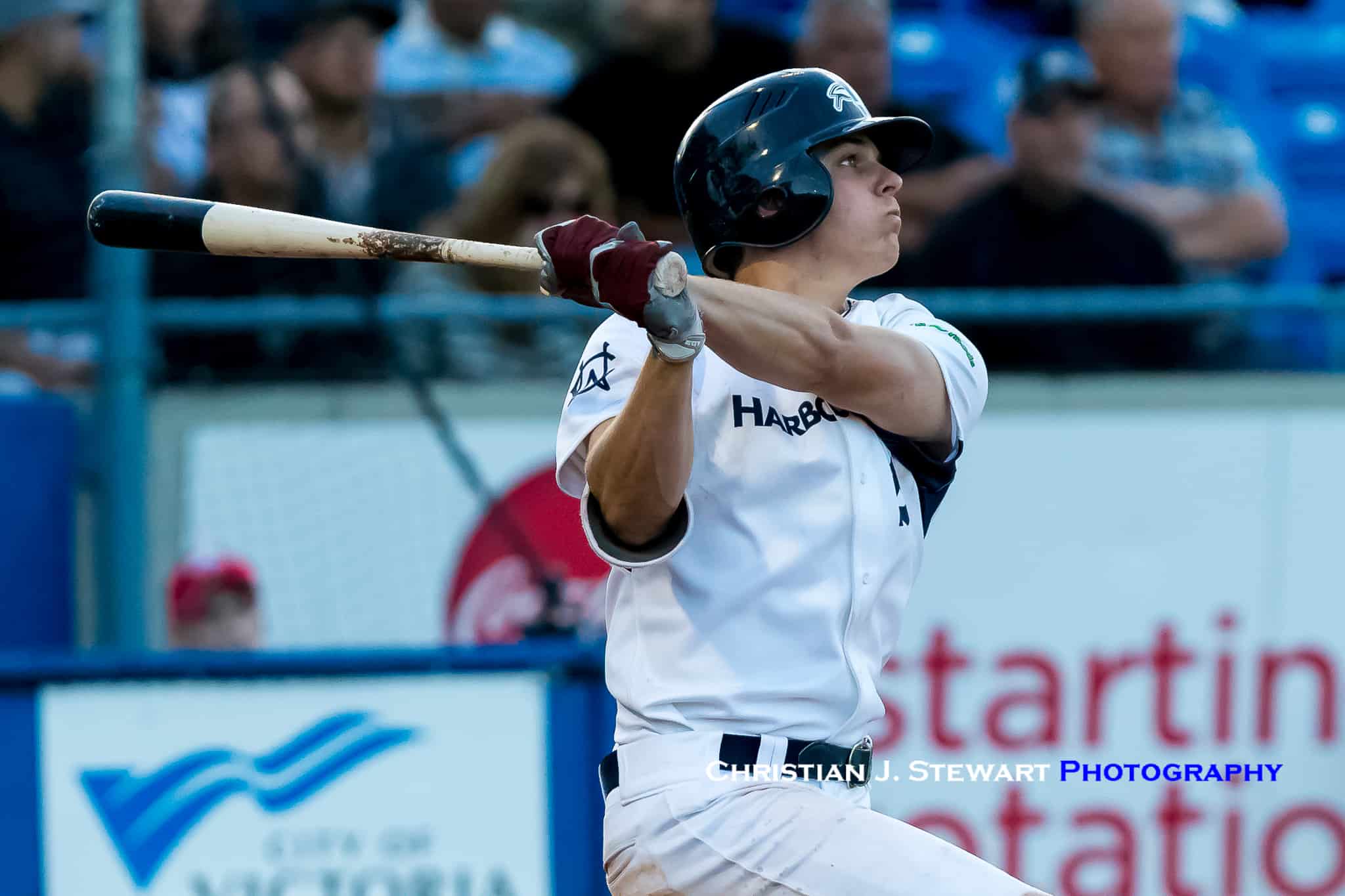 “This is a core group that gives us a tremendous base to start with, and we’re excited about the other players that are lining up to be announced in the days, weeks and months before we hit the field again in June,” said Brad Norris-Jones, the team’s General Manager.

“Hunter was an absolute stud for us, a leader in every way, a legitimate WCL all star. Willow is maybe the top baseball prospect to grow up in Victoria and it will be interesting to watch how he develops in the UC-Santa Barbara program, which is a huge step for him. Rempel is a feared power-hitter who fits our program perfectly, a quality human being, and Fox had great success for us in a limited role that we see expanding this summer.” 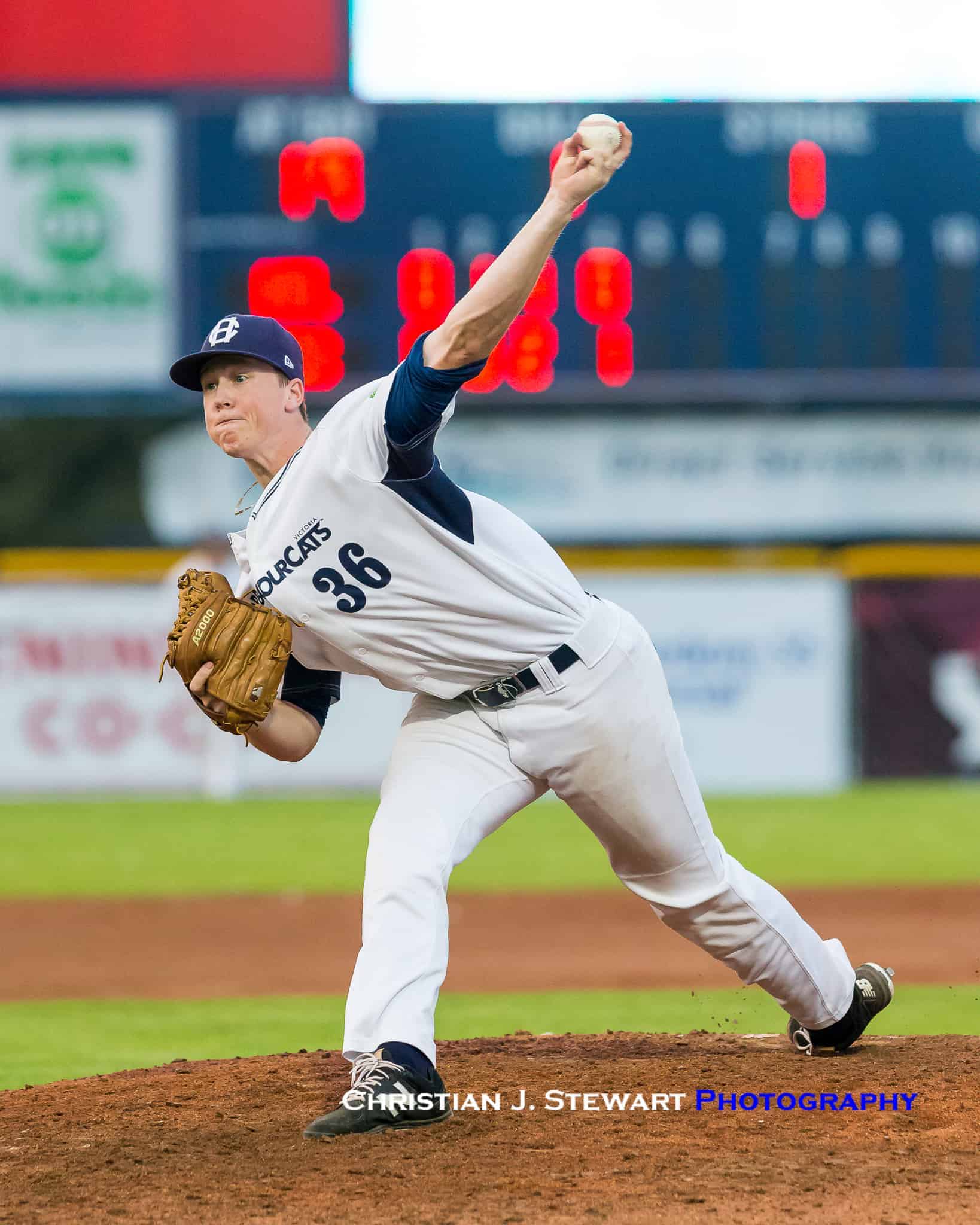 Ethan Fox pitching for the HarbourCats in the 2017 playoffs (Photo: Christian J. Stewart)

Willow, a Victoria Mariners product who earned scout notice through his time with the Canadian junior team and was drafted by the Baltimore Orioles last June (did not sign), is a freshman at UCSB. Willow saw brief duty with the HarbourCats as an underaged player in 2016. Rempel also played for the national junior team. Fox has moved to NAIA Avila University in the Kansas City area, and Vansau will be watched closely this year by scouts as he enters his junior season.

“We’re excited with the talent and track records of the players we’re close to announcing. Graduating to the college ranks and then to the HarbourCats and West Coast League, the game gets even tougher. The cream of the crop plays at this level. This isn’t high school baseball anymore, guys have to focus and adjust quickly.” 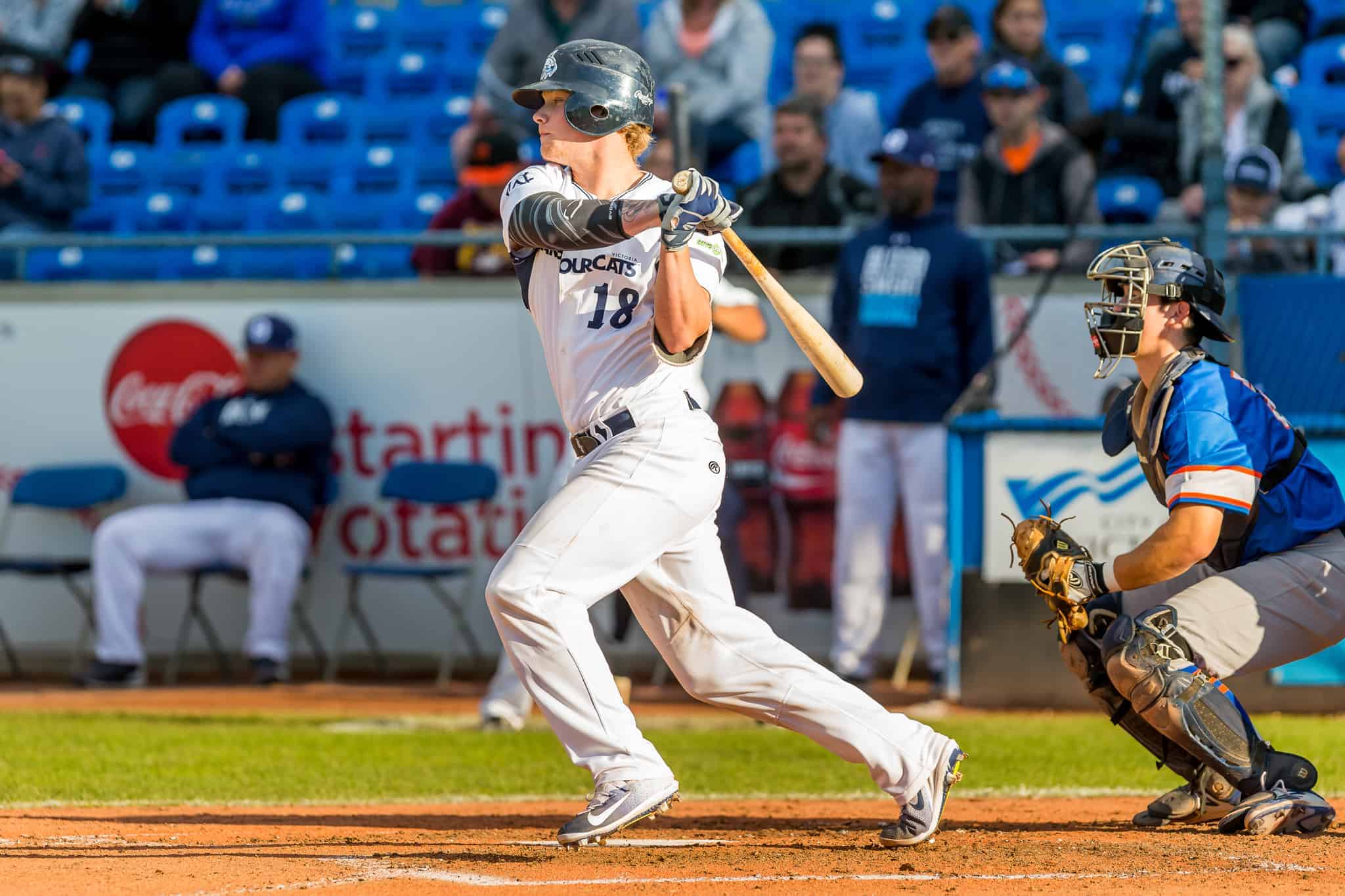 JASON WILLOW (UC-Santa Barbara, Freshman) – The 6-2/185-pounder batted .333 (12-36) for Canada at WSBC U-18 World Cup in September in Thunder Bay, with one home run and 10 RBIs in seven games. Willow hit .394 with four home runs in the PBL in 2017. Only the second player in Victoria baseball history to go straight from high school to a Division-1 college baseball scholarship (Kelly Norris-Jones went to Illinois in 2010). 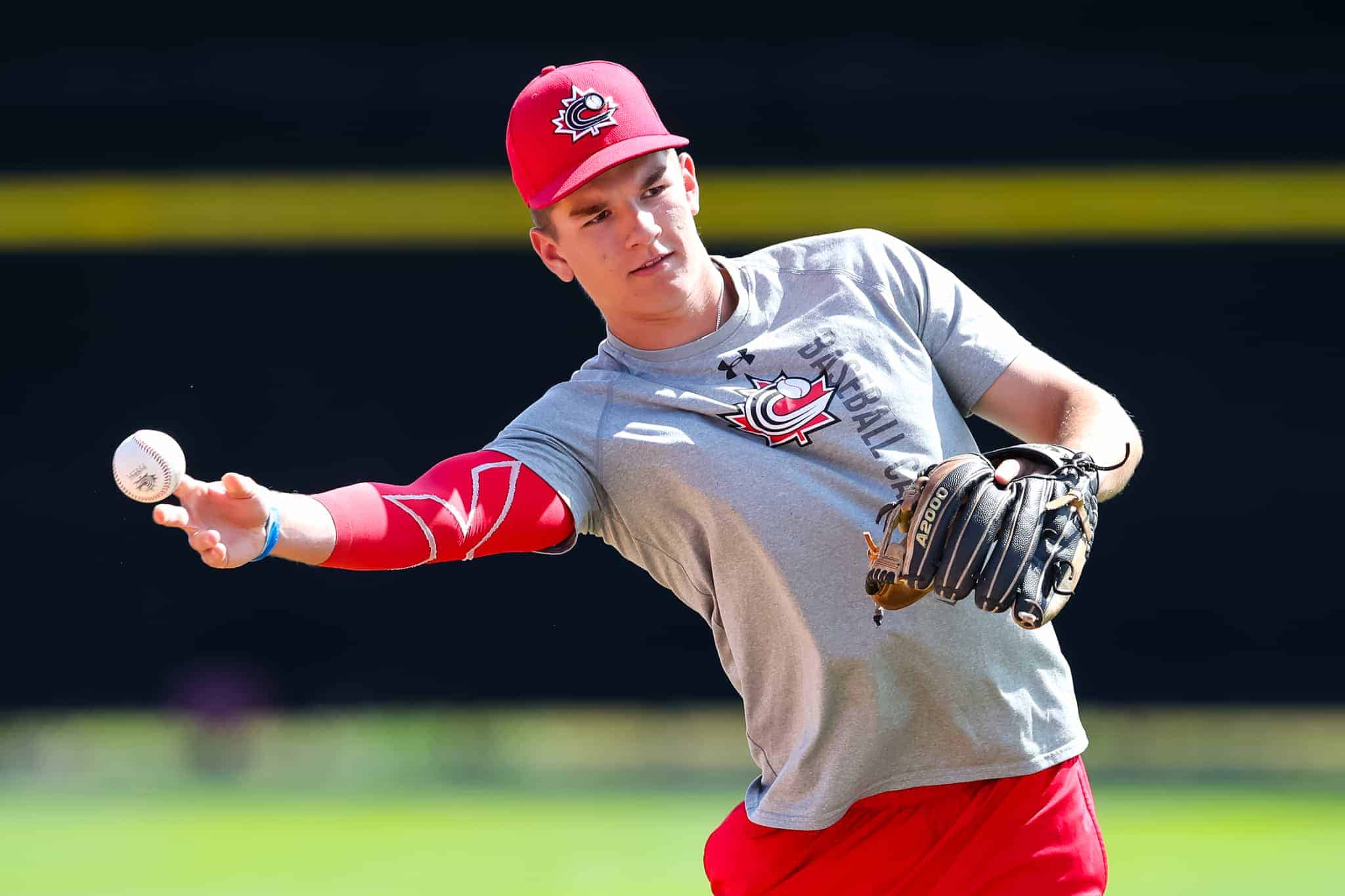 In November, we salute our troops, their service, thanks to Galaxy Motors and Wilson’s Group of Companies. With Remembrance Day and the long weekend nearly upon us, the HarbourCats are excited to announce that all military members and families are eligible for two-for-one 2018 season tickets this month – contact the team office for information, 1814 Vancouver St., 778-265-0327, or email brad@harbourcats.com

The HarbourCats are starting to stock the shelves for Christmas with some new hat, t-shirt and knick-knacks arriving recently. Decorative Christmas balls, team mugs, lanyards and other items are due to arrive. The new Island Proud t-shirts, along with some ladies styles, are in the shop now and for sale.

The West Coast League schedule is likely to be released next week, which will mean the HarbourCats will be able to sell individual tickets, and announce special events including fireworks games. Dates will also come available for groups to confirm 50-50 fundraising dates at Royal Athletic Park for 2018.

The HarbourCats continue to take nominations for the Great Teachers Contest, sponsored by Mayfair Optometric Clinic. The winner for October was Mr. Borich, who teaches a Grade 2 class at Eagle View Elementary, and his whole class will be our guests at the annual SCHOOL SPIRIT GAME in June, date TBA.

Each month until May, the HarbourCats will select a teacher, whose class will be guests of Mayfair Optometric Clinic at the team’s annual School Spirit Game – a day-game in June, date to be announced when the West Coast League schedule is released, perhaps as soon as next week.

To nominate a great teacher, email a submission to greatteachers@harbourcats.com

The HarbourCats have seen an uptick in season ticket purchases, and as corporate partnerships are completed, the selection of season ticket locations and single-game walkup options is getting less and less. Seats in the Diamond Club, the two-year-old on-field section are sold out, but there remain available seats in the padded/served Campbell Real Estate Club Section, and in the Main Grandstand.

With the off-season now upon us, the team’s office at 101-1814 Vancouver Street will see reduced hours through the end of the year.

SATURDAY-SUNDAY – Closed (Except by appointment)