Parker Bramlett (above, playing in Victoria previously this season against Cuba), would lead the way in Yakima with a four hit night, pacing the HarbourCats to a 13-4 win, their fifth double-digit score in seven games.

June 20, 2019, YAKIMA, WA – The Victoria HarbourCats scored five runs in the top of the first inning Thursday, en route to an eventual 13-4 win over the Yakima Valley Pippins in West Coast League action at Yakima County Stadium  in Yakima, Washington.

Victoria, who had 18 hits Wednesday and 21 hits Tuesday in respective 17-5 and 17-7 wins over the Bend Elks, continued their torrid pace at the plate, notching seven hits in the first inning against Yakima on Thursday, putting the Pippins and starter Darius Garcia down 5-0 before many of the fans who braved the chilly, Victoria-like June night could get settled in their seats. 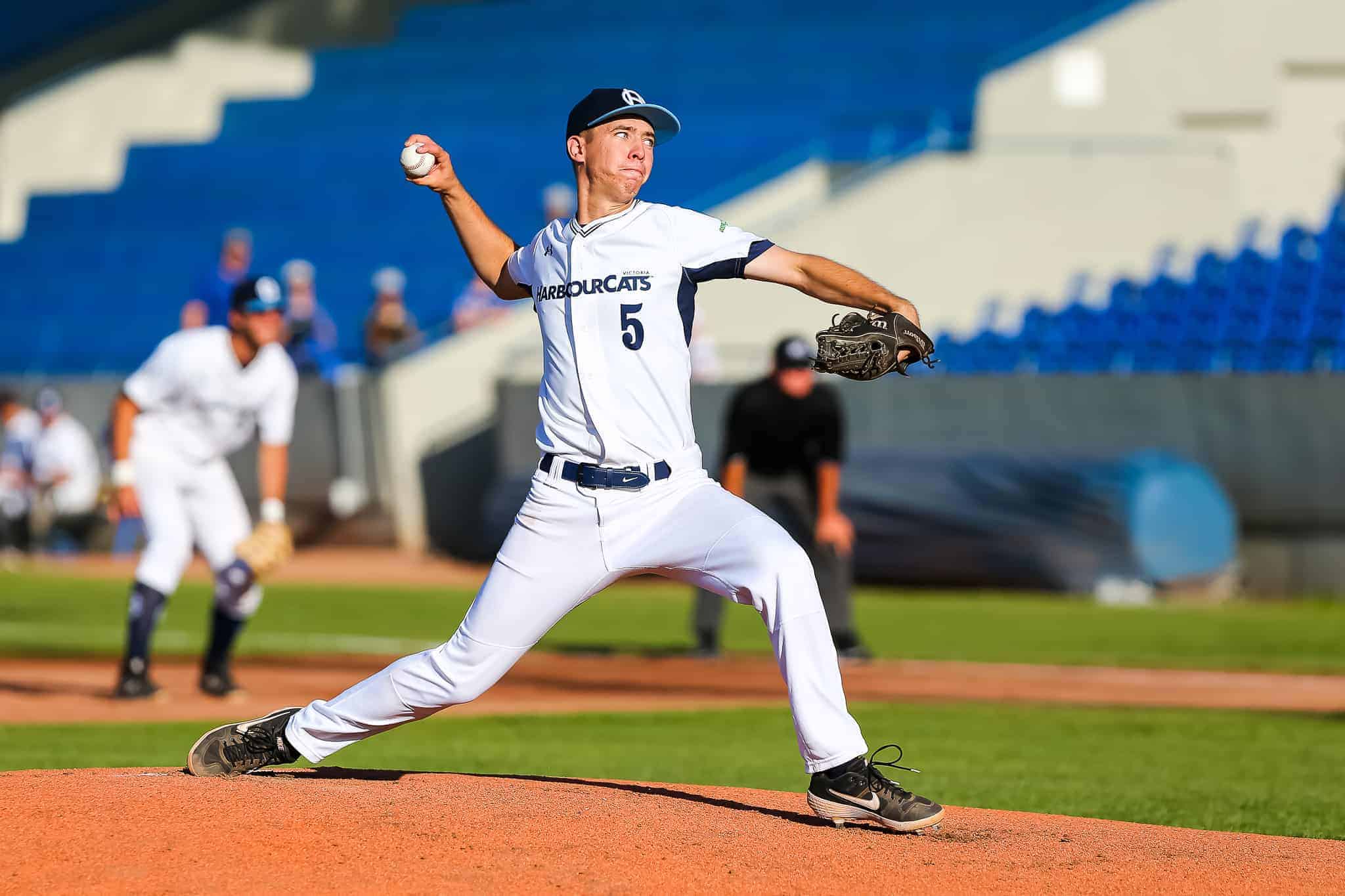 DJ Peters started for Victoria in Yakima, just his second start of the season. He gave up three runs on eight scattered hits in his four innings of work.

The ‘Cats would ultimately finish with 17 hits on the night, four of which came off the bat of lead-off hitter Parker Bramlett, who would get things going in the first with a double – the only extra base hit of the inning – and the ‘Cats would bat around the order to jump into the big lead.

After the Pippins got one back off HarbourCats starter DJ Peters with a Henry Gargus home run in the bottom of the first, RBI singles from Nate Pecota and Trevor Paro in the top of the third, put the HarbourCats up 7-1.

Peters, making just his second start of the year, after last appearing against Wenatchee on June 5th, settled in after that homer in the first, but then got into trouble in the fifth, as the AppleSox loaded the bases with nobody out. He then hit a batter to force in a run and end his night, but was picked up nicely in relief by newcomer Zac Horne, who got a 6-4-3 double play and a ground out to minimize the damage and escape the inning with a 7-3 lead. 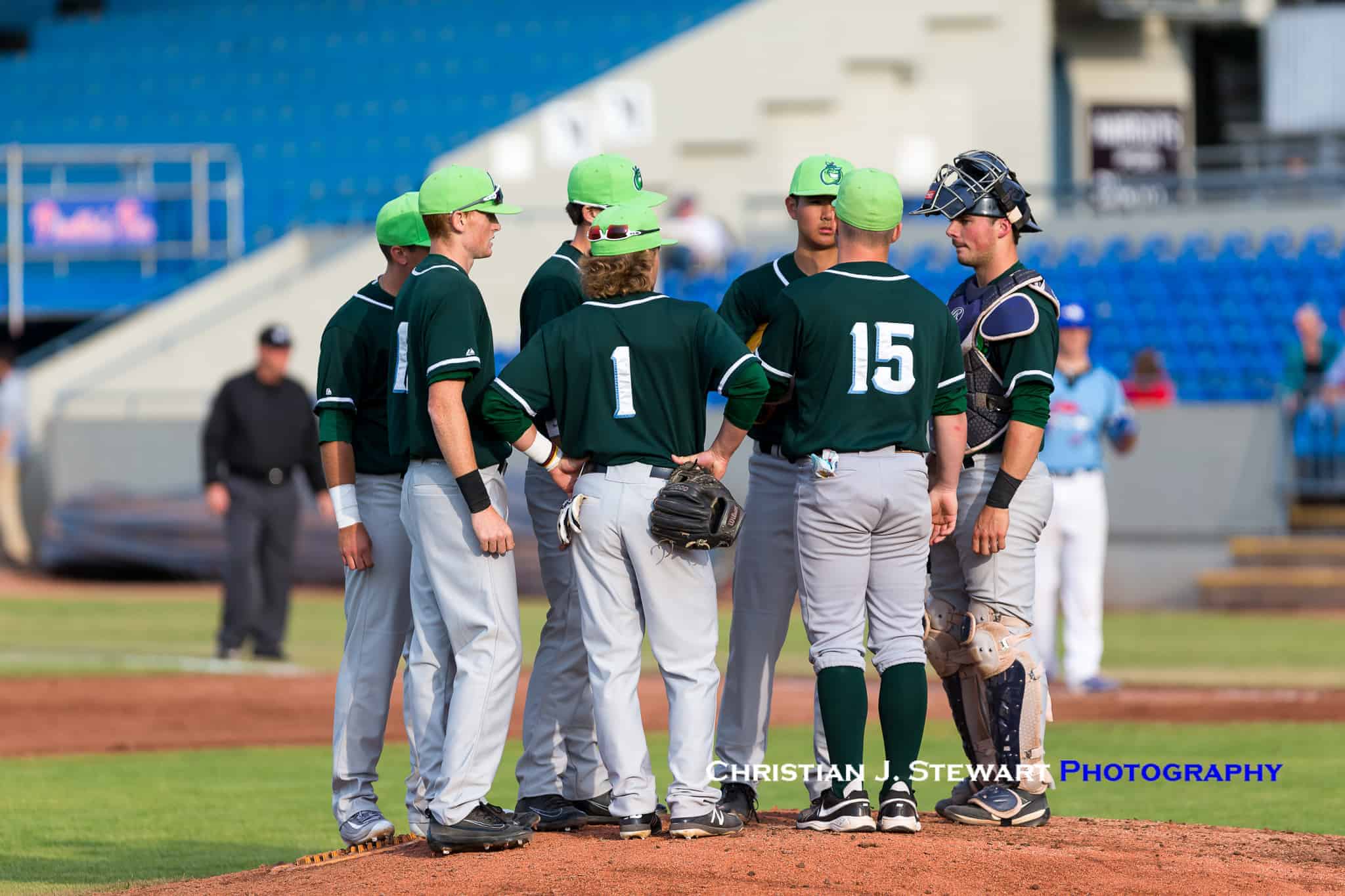 Much like many teams this season, Yakima pitchers had a tough time figuring out how to stop the HarbourCats offence on Thursday night.

The Pippins had another chance to get close in the sixth, again loading the bases with nobody out, but this time, reliever Reagan MacDonald, making his HarbourCats debut, got a strike-out, throw out double play and a ground out to end that inning.

Yakima would score one off MacDonald in the seventh, but that would be it, as MacDonald and Jaden Beck, with two scoreless innings of work, would keep the Pippins off the board and close out the 13-4 win.

For Victoria, Bramlett’s four hits, a walk and three runs scored from the lead-off spot set the table nicely for the offence that saw four other players, Wehsener, Niemann, Paxton and Trevor Paro, have two-hit and two RBI nights, with Nate Pecota and Emilio Nogales having two-hit and one RBI nights.

On the mound, despite walking the bases loaded in the sixth inning, Horne gets credit for the win in relief of starter DJ Peters who finished his four innings of work allowing three of the Pippin runs on eight hits.

Garcia takes the loss for Yakima, giving up seven runs (4 earned) on 11 hits.

The win improves the HarbourCats record to 10-5 and they sit in a tie with Bellingham for the North Division lead thanks to the Bells come from behind 8-5 win over the Corvallis Knights Thursday.

The HarbourCats now move on to Portland, where they will open a three-game series with the 5-10 Pickles on Friday night.  Jack Neely is the projected starter for Victoria. Game time at Walker Stadium is at 7:05 pm and Victoria fans can watch the live feed via links on the Pickles Facebook page at  https://www.facebook.com/PortlandPickles or tune in to the audio broadcast at http://mixlr.com/picklesbaseball.