After taking two of three from the reigning WCL League champion Corvallis Knights last week, the HarbourCats dropped three straight on the road to Port Angeles that dropped their Second Half record to a season low 6-9 mark.

However, the HarbourCats ended that streak behind another solid start on the mound from relief pitcher turned starter Gunnar Friend. 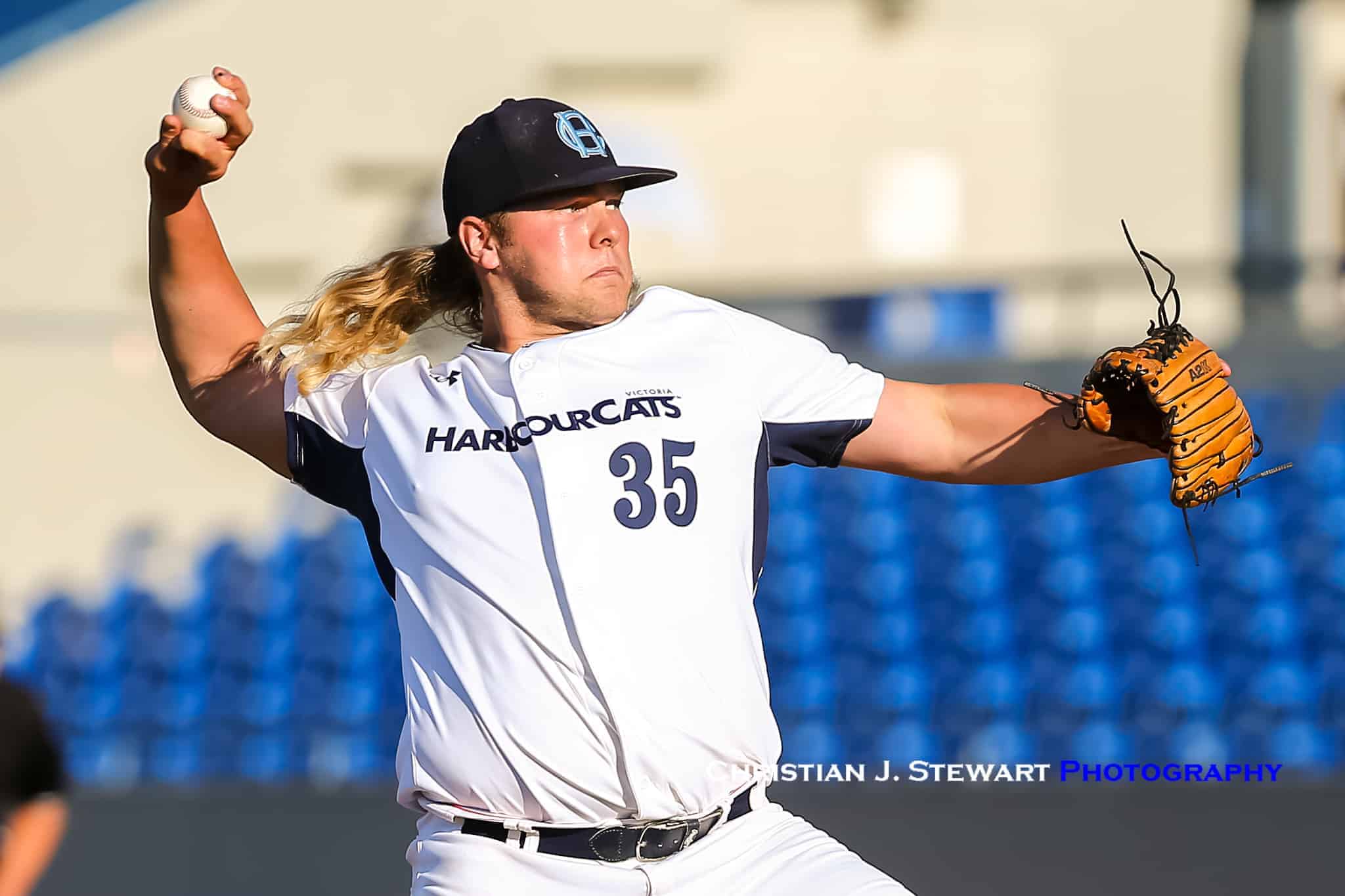 Gunnar Friend would have a strong start for the HarbourCats, holding the Sweets to no runs on just four hits over his five full innings of work (Photo: Christian J. Stewart)

In his previous two outings, the righty out of Avila University held the Bend Elks scoreless through three innings on July 12 and only allowed a single hit in four innings of work in his last start against Corvallis on July 18.

Friend would notch his third straight scoreless start tonight, collecting three strikeouts while holding the Sweets to just four hits in a season-high five innings on the hill. 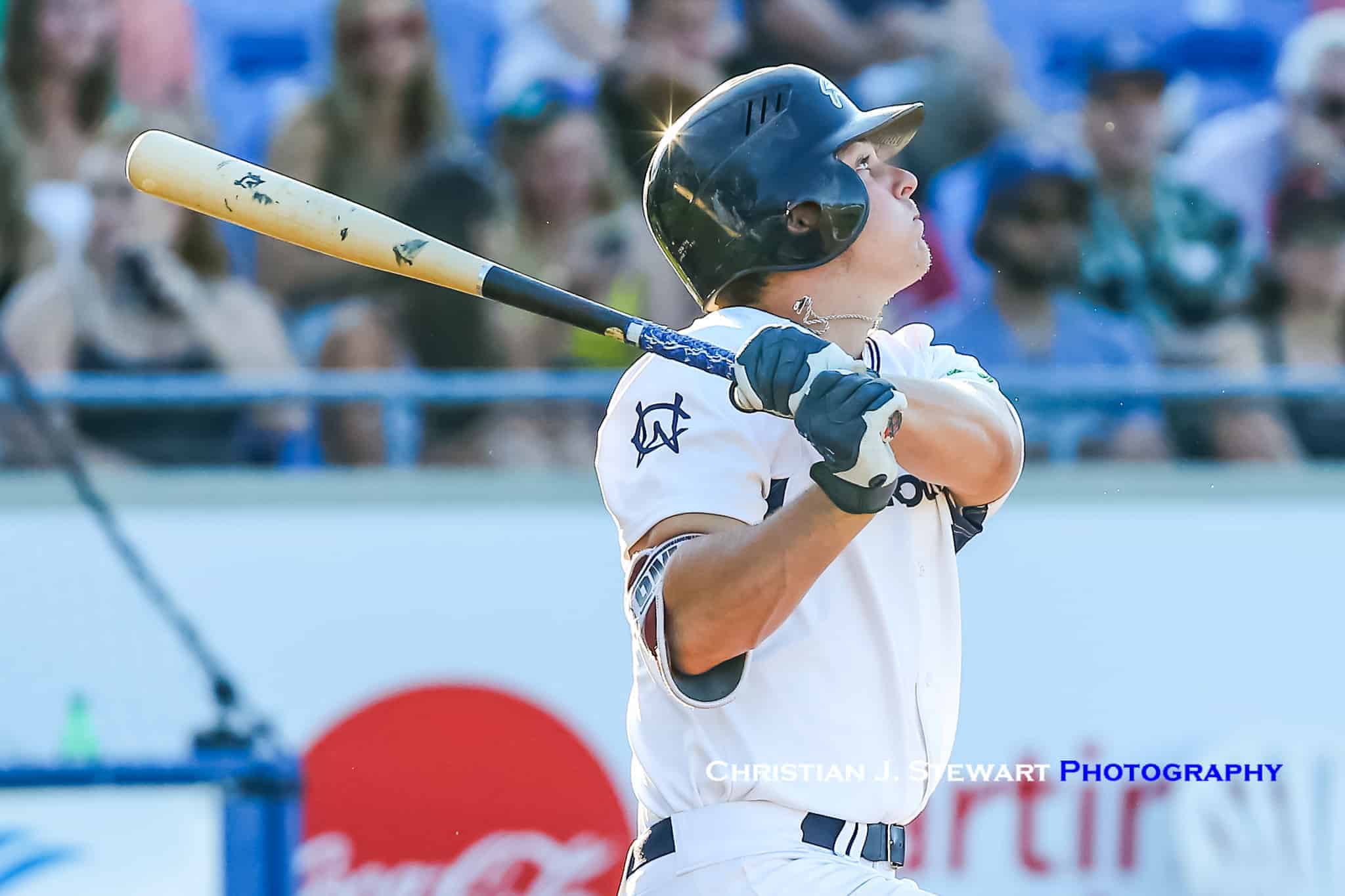 Hunter Vansau added to his team leading career home run total, with a solo shot against Walla Walla on Tuesday to go along with a pair of doubles (Photo: Christian J. Stewart)

Meanwhile back at the dish, Nick Plaia would leadoff the game with a single in the home half of the first, and Hunter Vansau followed him up with a double to put two men in scoring position early on for the HarbourCats.

Mike Malinchak then walked to load the bases for the Ryan Ober, and fresh off being named WCL Player of the Week, scored Plaia with a sac-fly to centre. Victoria doubled their lead when Vansau scored courtesy of a Dustin Demeter putout, and put the game out of reach two innings later. 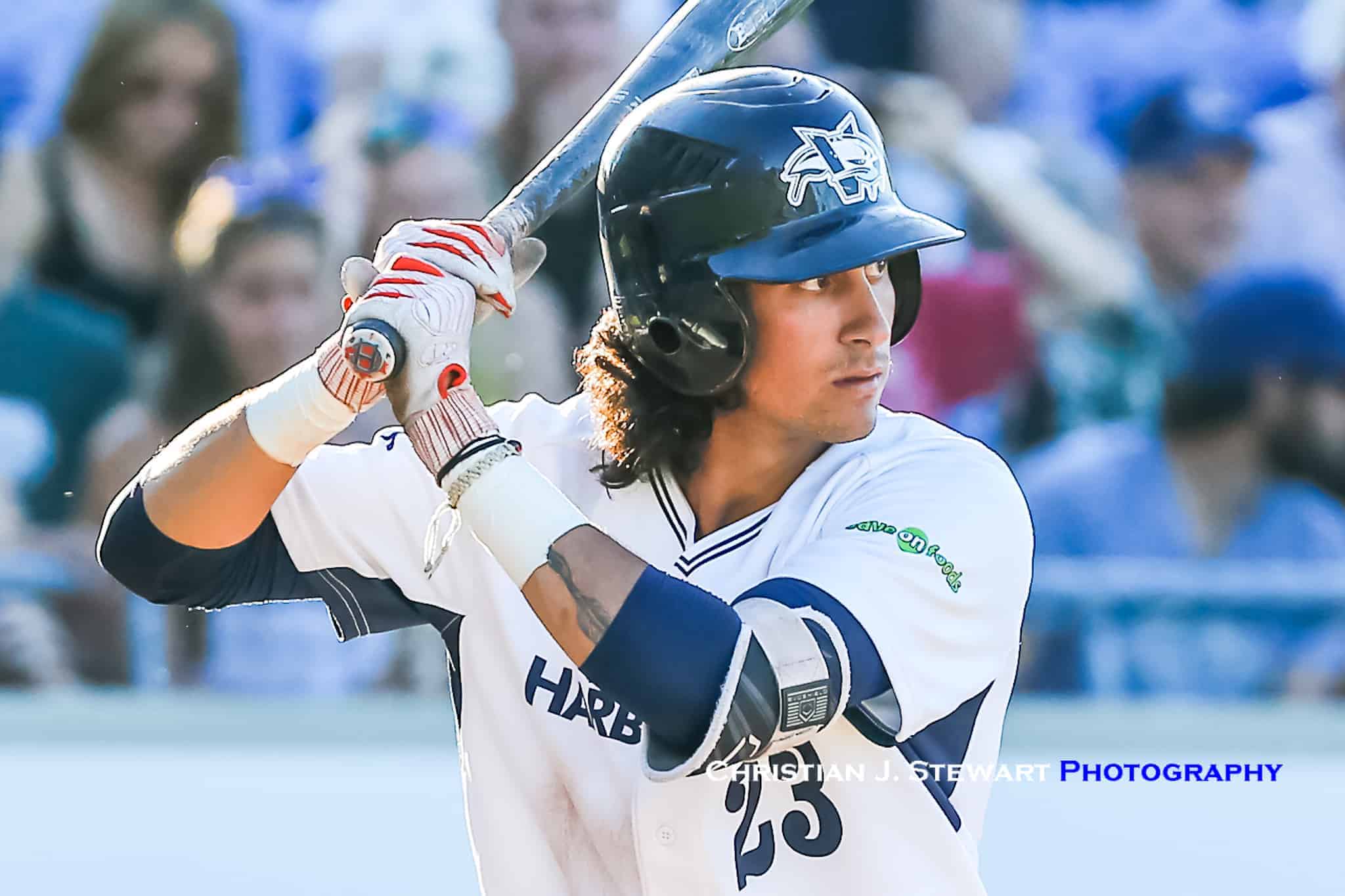 Nick Plaia was all focus Tuesday, with two hits and four runs scored in the win over Walla Walla (Photo: Christian J. Stewart)

The HarbourCats would send nine batters to the plate in a five run third inning and chase Sweets starting pitcher Sean Sullivan with five hits in the frame.

Vansau, two days after setting the new franchise all-time lead in home runs with his 11th career homer as a HarbourCat, added to his franchise lead with a solo shot to start the third. Still in the frame, Caleb Ricketts scored two more with an RBI double, and Jaxxon Fagg sent Sullivan to the showers early with a solo homer of his own to make it a 7-0 lead. 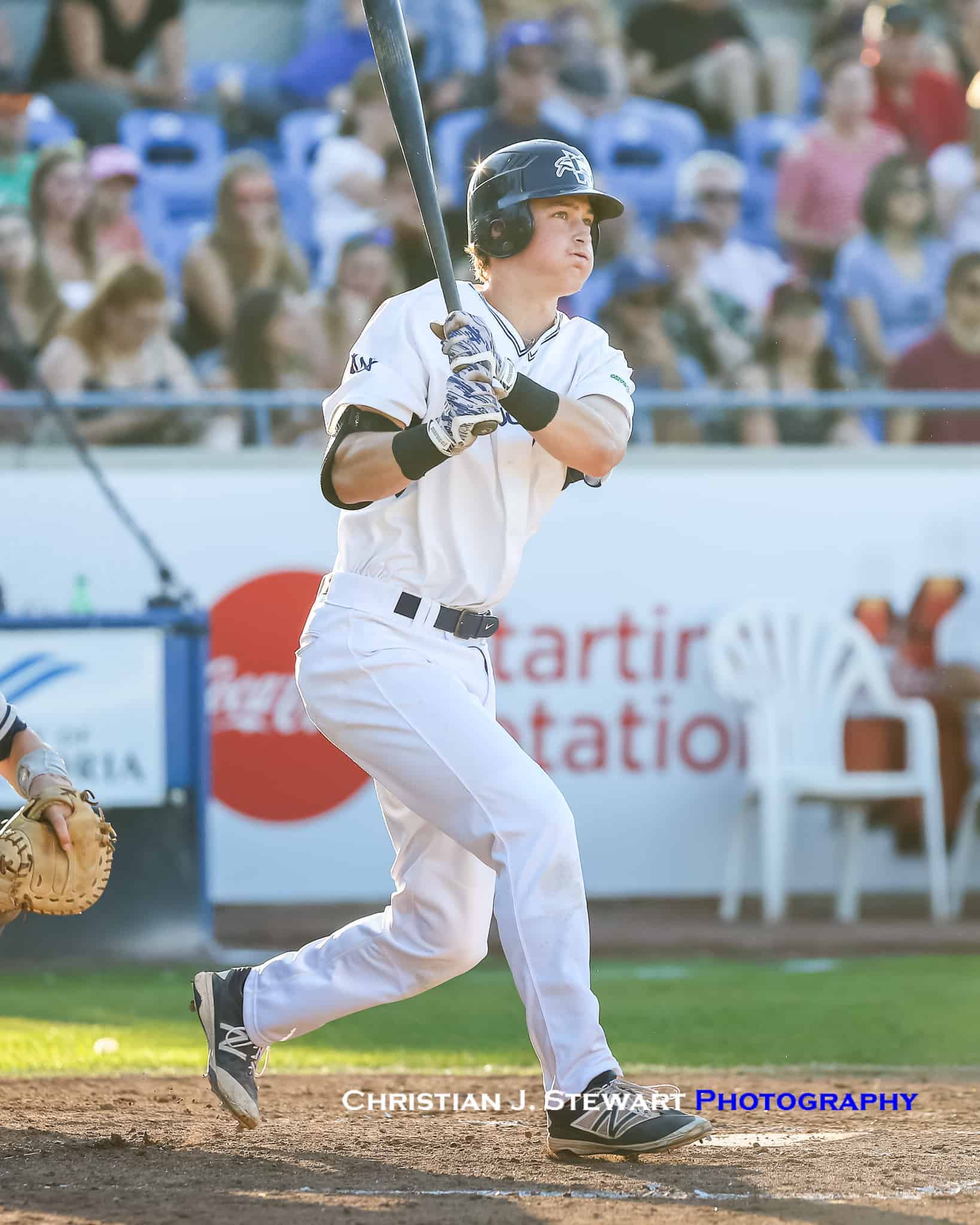 Caleb Ricketts had a two-RBI double to help the HarbourCats to their win over Walla Walla Tuesday (Photo: Christian J. Stewart)

Ricketts then collected his second RBI on the night with a sac-fly an inning later in the fourth to extend his RBI total to 14 on the season.

Walla Walla finally got on the board when Friend exited to start the sixth, making it a 8-2 game with a two-run homer from Jordan Hovey off reliever Adam Imwalle.

Dustin Demeter responded with an insurance solo shot in the seventh, while AJ Lewis pinch-running, scored from first after an error from the Sweets shortstop in the eighth for the 10th HarbourCat run of the game.

Ping-Chun Ho and Tyler Yoshihara would combine to hold the Sweets to four hits and one run over the final three innings to preserve the victory for Victoria.

Dustin Demeter got in on the action Tuesday with a solo home run to add to the HarbourCats offence (Photo: Christian J. Stewart)

Despite losing three of the past four games, the offence hasn’t been the problem for the HarbourCats, as they have scored 27 runs in their past four matchups.

With the victory, the HarbourCats moved up to 7-9 on the Second Half, and climbed to within 4.5 games of the division-leading Yakima Valley Pippins with eleven games to go on the year.

Victoria will send Mason Shaw to the bump tomorrow night, in hopes of collecting a second straight win over the Sweets. Walla Walla will counter with Darius Vine, as first pitch is slated for 6:35pm at Wilson’s Group Stadium at Royal Athletic Park.