VICTORIA, BC – The Victoria HarbourCats added some outfield depth and a big left-handed pitcher to their 2021 roster with the latest signings announced today by HarbourCats Head Coach Todd Haney and Hitting Coach Curtis Pelletier.

Matt Jew, a 5’11” 180lb.outfielder from San Ramon, California may sound familiar to HarbourCats fans, as his older brother Tommy (UC Santa Barbara, now pro in St. Louis Cardinals system) played an integral role for the record-setting 2016 HarbourCats squad that won a team record 40 games.  Matt is a sophomore at Santa Clara and as a Freshman there, he started in 33 of 41 games and tied for third on the team with four home runs and fourth in slugging percentage with a .353 mark. 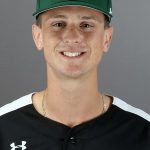 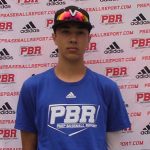 Dustin Allen, a a 6’1″ 180lb. outfielder from Arcadia, California is an incoming freshman at the University of San Diego and comes from Arcadia High School where he finished his senior season with a .410 batting average, collecting 34 hits, scoring 28 runs, drawing 13 walks and stealing 13 bases, all team highs. In 2019, he led his team to a Pacific League Championship and was named the Pacific League Player of the Year. 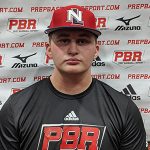 Mason Palagyi, a 6’1″ 215lb. left-handed pitcher from Gig Harbour, Washington, has committed to Tacoma Community College for the fall of 2021.  A hard-thrower, in his final two seasons of high school, Palagyi  amassed a 3.71 ERA and 5-4 record, while striking out 58 batters in 54.2 innings of work. 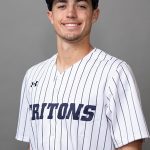 Devon Hawks, a 5’9″ 165lb. infielder/outfielder from Temecula, California, is a sophomore at UC San Diego, where as a freshman in 2020, he played in 20 games, starting in 13 and where he led the team with 21 RBI and tied for third in walks with 13.  At Temecula Valley High, Hawks and his team were the Southwestern League champions in 2018 and the Norco Tournament Champions in 2019. He was also the defensive player of the year in both his freshman and sophomore year and was MVP in his senior year.

“I am excited about adding these versatile players to our roster,” said HarbourCats Head Coach Todd Haney. “Best, Jew and Hawks are veteran gamers that excel in both the infield and outfield.  Allen is a young athletic outfielder with tremendous upside and joins the already speedy Josh Walker (Sacramento State) who we announced previously.   We are also excited to see what the young and hard-throwing Palagyi can do for us from the left side of the mound.”

The HarbourCats are scheduled to begin the 2021 season on the road on June 1, 2021 with a three-game series against the Edmonton Riverhawks, the first ever West Coast League games in Alberta and then will return home for their home opener against the Port Angeles Lefties on Friday, June 4th.

Season tickets and 10-game flex packs are now on sale, while individual game tickets will likely be available for purchase sometime in February.