VICTORIA, B.C. — It’s an early Christmas gift for the fans of the Victoria HarbourCats — and even more so, for the players and staff members who proudly carry the HarbourCats flag.

Head Coach Todd Haney, who led the HarbourCats to within one game of the West Coast League title last summer, has agreed to an extension that will keep him in the role through the 2022 season. Haney, who played in the College World Series with the Texas Longhorns and then played five years at the MLB level (Expos, Mets, Cubs, after being drafted and signed by the Mariners), led the HarbourCats to a 39-15 record in 2019, his first year at the helm. That was tied for the third-best win total in WCL history — the HarbourCats (40-14 in 2016) have posted two of the top four regular season results in the WCL’s existence.

“This is tremendous news for us, and for baseball in Victoria — Todd is an exceptional coach and leader for this program,” said Jim Swanson, GM of the HarbourCats. “He and his wife Kira love Victoria, and we couldn’t be happier to have Todd with us for years to come. This provides stability and really aids in recruiting, with Todd and hitting coach Curtis Pelletier working so closely together on bringing in talented players. The players we have love playing for our staff, and particularly under Todd’s leadership.”

The HarbourCats won both halves of the regular season schedule in the North Division, following up an 18-9 first half with a 21-6 mark heading into the playoffs. The HarbourCats, who drew nearly 80,000 fans in 2019 to lead the WCL, then outlasted the Wenatchee AppleSox in the North Division series, punctuated by a thrilling walk-off win in Game 3 of that series, and took the four-straight-champion Corvallis Knights to a third-and-deciding game — for the second time in three seasons (Victoria lost in Game 3 of the 2017 WCL final, also in Corvallis). 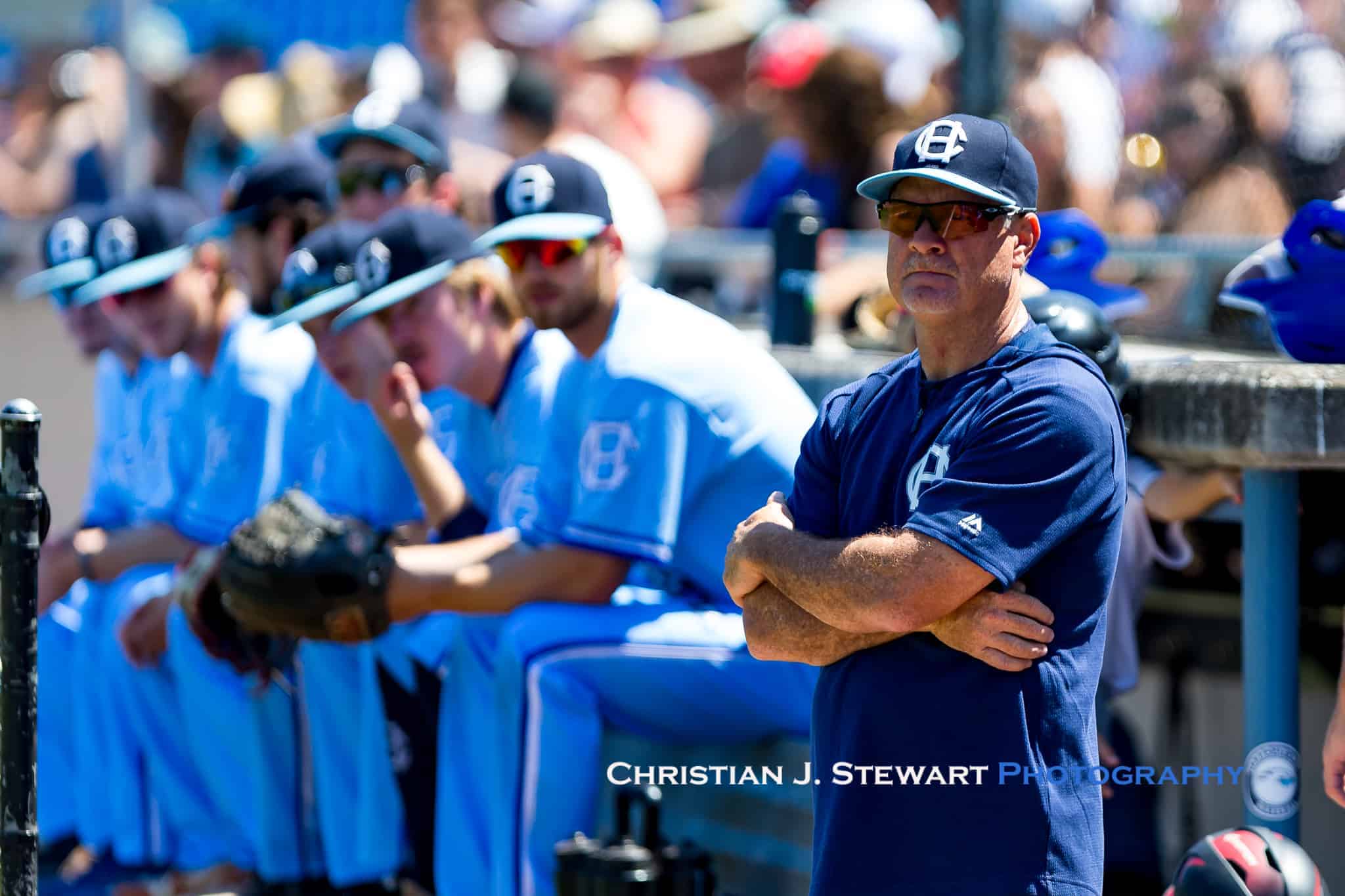 HarbourCats Manager Todd Haney, who took his 2019 team to within one game of a WCL Championship, has signed to stay on as Head Coach through the 2022 season (Photo by Christian J. Stewart)

“There is nothing better than summer baseball in beautiful Victoria! Kira and I love the city, our great fans and the entire HarbourCats family. We are pleased with the commitment the ownership and staff have made to us,” said Haney, 54, whose son Tanner (University of Texas) has been an infielder with the HarbourCats the last two summers. “Working with Curtis, assistant coach Troy Birtwistle and newly hired pitching coach Mark Petkovsek, we’re looking forward to another great summer season and we’re determined to bring a championship to Victoria.”

Petkovsek, recently added to the staff, played 11 years at the MLB level (Rangers, Angels, Pirates, Cardinals), twice reaching double-digits in wins. He was a first-round draft pick in 1987 by the Texas Rangers. Petkovsek, 54, and Haney played together at Texas and in the College World Series.

Haney played 101 MLB games, batting .244 with 10 doubles and three home runs. He was Associate Coach in 2018 before taking over the Head Coach position in February of this year.

The HarbourCats open the season with non-league games May 30-31 against the Seattle Studs at Wilson’s Group Stadium at RAP, then get the WCL season started with the Ridgefield Raptors in Victoria on June 5-6-7, part of a 32-game home schedule.

2020 Tickets Now on Sale: Season Tickets, 10-Game Flex-Packs and Single Game tickets are now on sale for the 2020 season. Visit the office at 101-1814 Vancouver Street or call 778-265-0327 to order. Single game tickets can also be purchased on-line at www.harbourcats.com/tickets or at SelectYourTickets.com

About The Victoria HarbourCats
The HarbourCats are Victoria’s entry in the West Coast League (WCL), a summer, collegiate, wood bat baseball league, featuring the top college-age players from across North America and the world. One of the elite teams in the league, the HarbourCats won a record 40 games in 2016 and followed that up in 2017 and 2019 as the WCL’s North Division Playoff Champions, coming one game short both times of their first ever WCL Championship.  In 2020, their eighth season, the team will play a 54-game regular season schedule, with 27 of those games and five additional non-league games, being played at historic Wilson’s Group Stadium at Royal Athletic Park in Victoria. Games begin May 30, 2020 with games scheduled through mid-August.   See www.harbourcats.com for more details.