VICTORIA — Fresh off a weekend series in Portland where the team leading in the eighth inning lost all three games, the Victoria HarbourCats (12-7) batted around in the first to leave no doubt and defeat the Wenatchee AppleSox 14-5 Tuesday night in West Coast League action at Wilson’s Group Stadium at Royal Athletic Park. 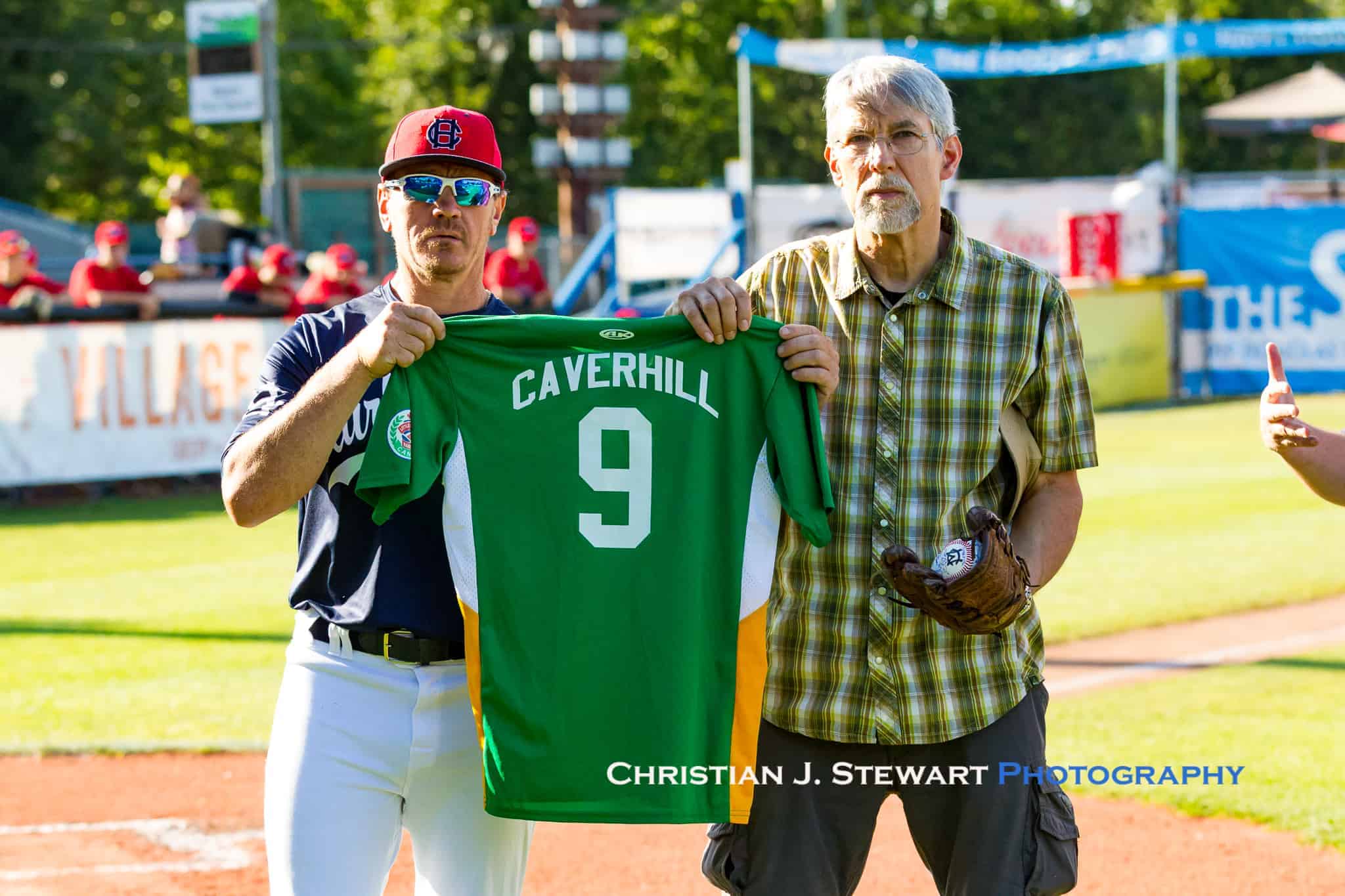 The win brought Victoria to within a half game of the division-leading Bellingham Bells (12-6), who are in the middle of a three day break from WCL regular season play. The Bells will return to league play when they face the Pickles on June 28, one day after Victoria concludes this series with the AppleSox.

In tonight’s game, the HarbourCats dominated Wenatchee with a healthy balance of timely pitching and patience at the plate. 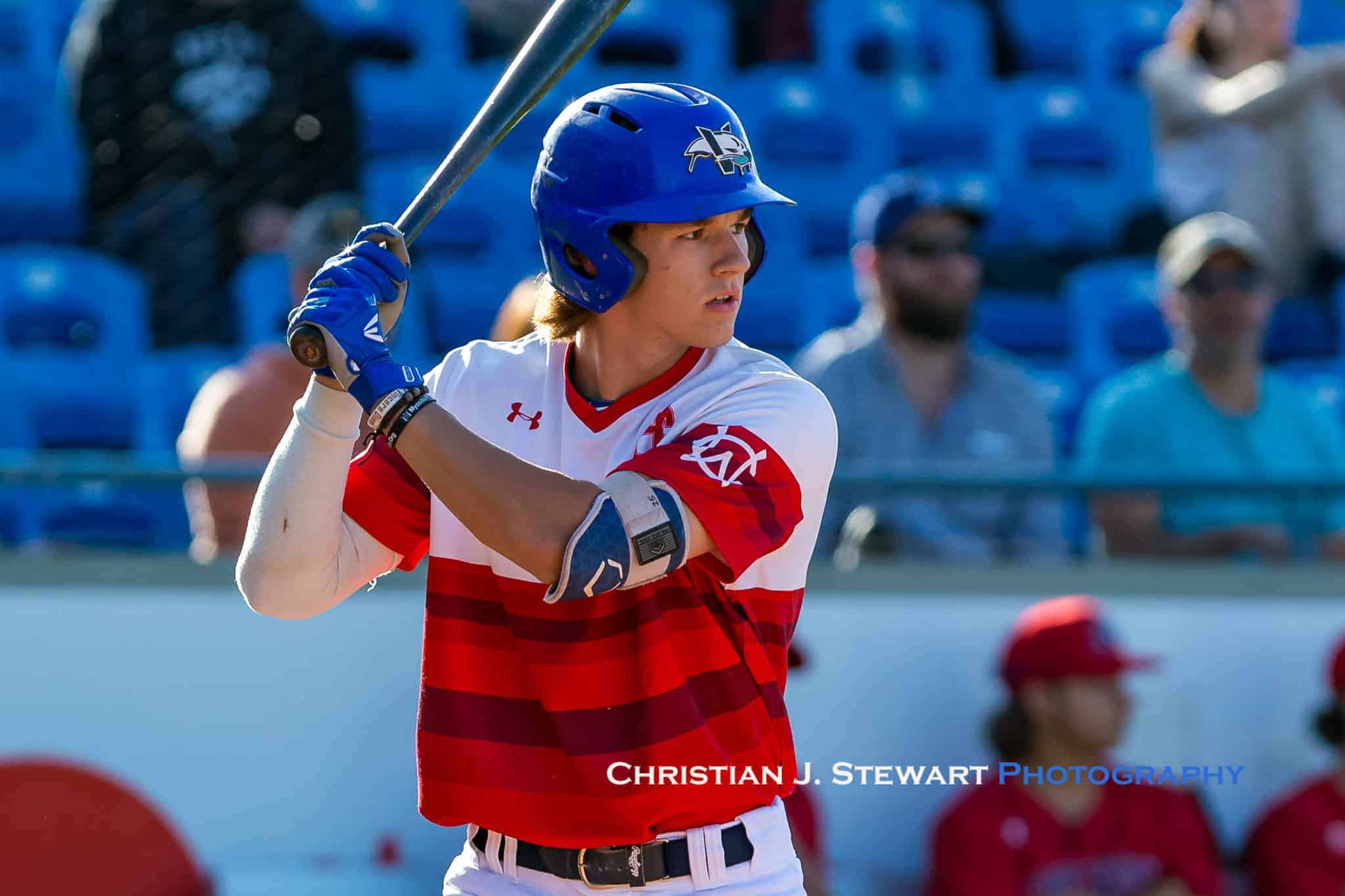 Jason Willow locks in with a laser-focus in an earlier at-bat tonight against the AppleSox. (Photo by Christian J. Stewart)

Aaron Celestino got the call in the start tonight, and induced a pair of double play balls in both the first and second innings to avoid any trouble. The righty exited after 4 2/3 innings, allowing only four runs (three earned), and collected two strikeouts on the night.

In the home half of the first, Parker Bramlett only needed to see one pitch from Wenatchee starter Gavin Gorrell to smack a single to the outfield. Due up next in the order, Jason Willow also only needed one pitch to line a double into the left field corner to put two HarbourCats in scoring position after just two pitches.

Chase Wehsener took his time at the plate by working a walk to load the bases, and Nick Plaia opened the scoring with his team-leading 13th walk to make it a 1-0 game.

One batter later, Emilio Nogales doubled Victoria’s lead with a walk of his own, increasing the HarbourCats’ WCL team lead in walks to 96. Victoria ended the game with 11 walks, leaving them with 105 on the season. 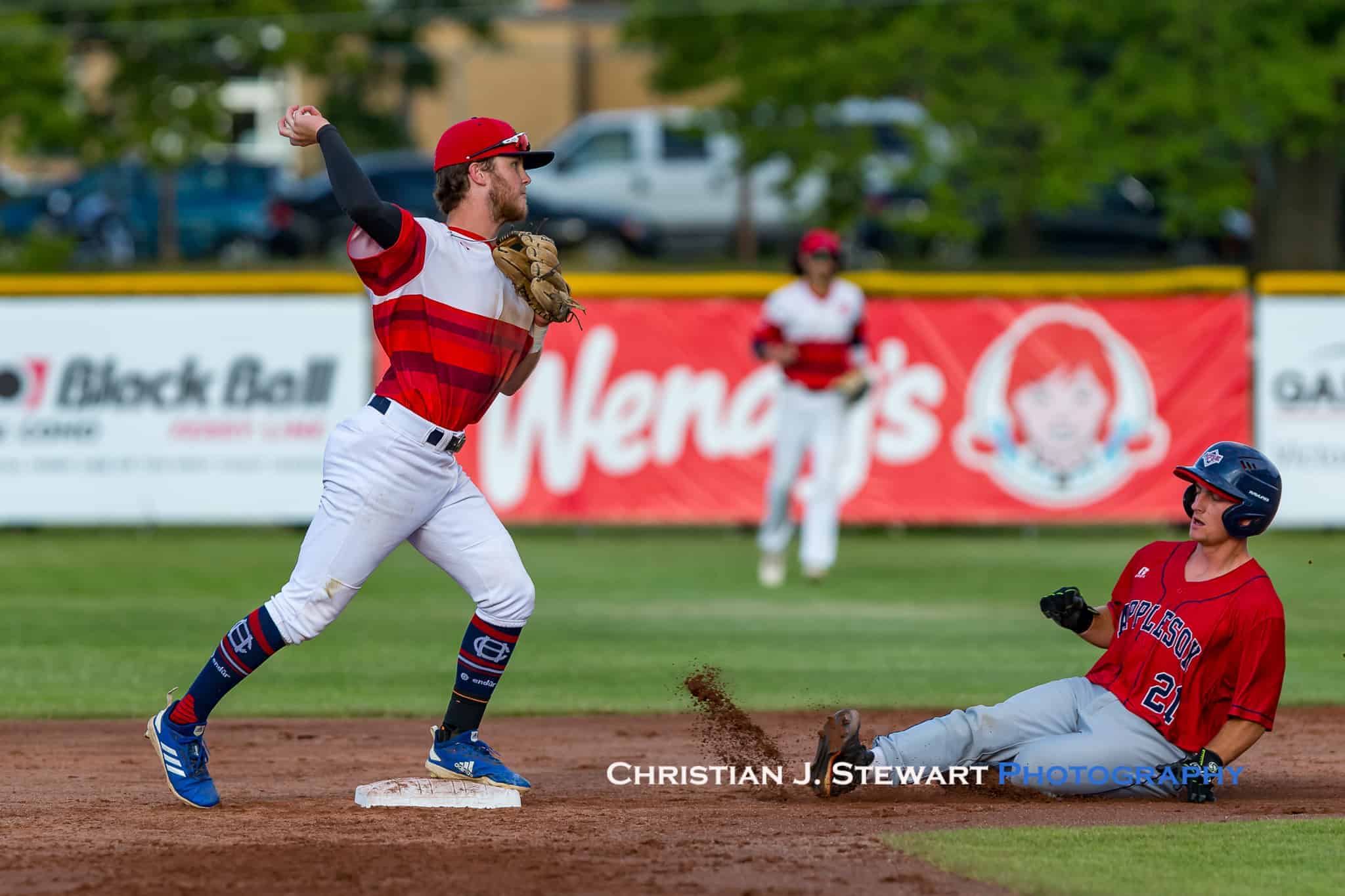 Parker Bramlett fires towards first, capping off one of Victoria’s two double plays on the evening. (Photo by Christian J. Stewart)

Wenatchee attempted a comeback by scoring three times in the top half of the fourth, however, Victoria responded with a vengeance in the bottom half of the frame.

Willow started the rally with a single off reliever Brett Gillis, and after Wehsener matched his teammate with a single one batter later, Griffin Paxton cleared the bases with a triple in the gap. Nick Plaia then restored the four run lead with a double in the next at bat, making the score 7-3. 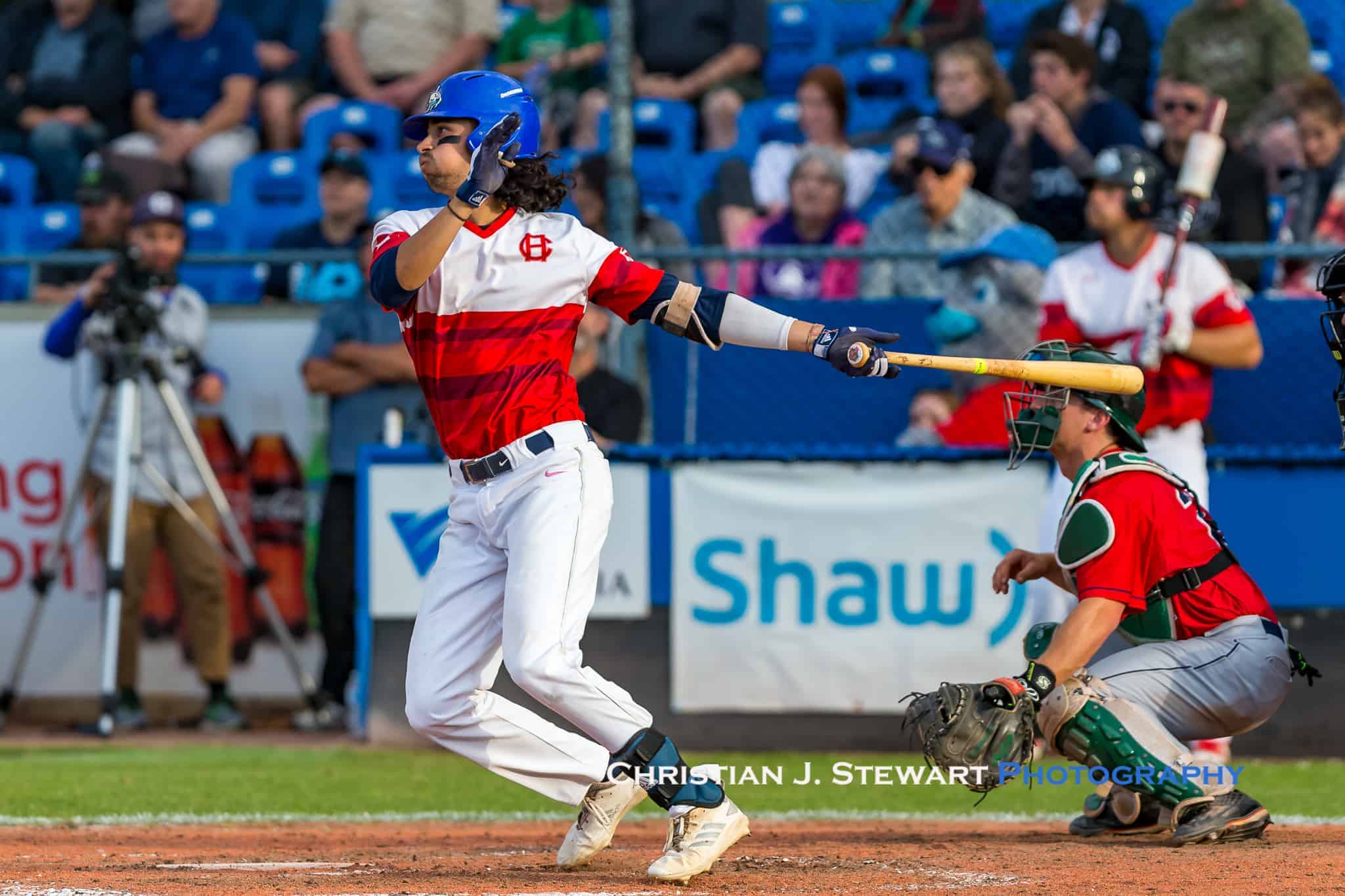 Nick Plaia follows through, and lets out a gasp of air before racing towards first. (Photo by Christian J. Stewart)

After Wenatchee scored in the top of the fifth, Plaia responded immediately in the home half with his third RBI of the night to get Victoria’s five run lead back. Nogales scored Plaia with a single one batter to bring Victoria’s run total to 10, continuing their streak of scoring 10+ runs. 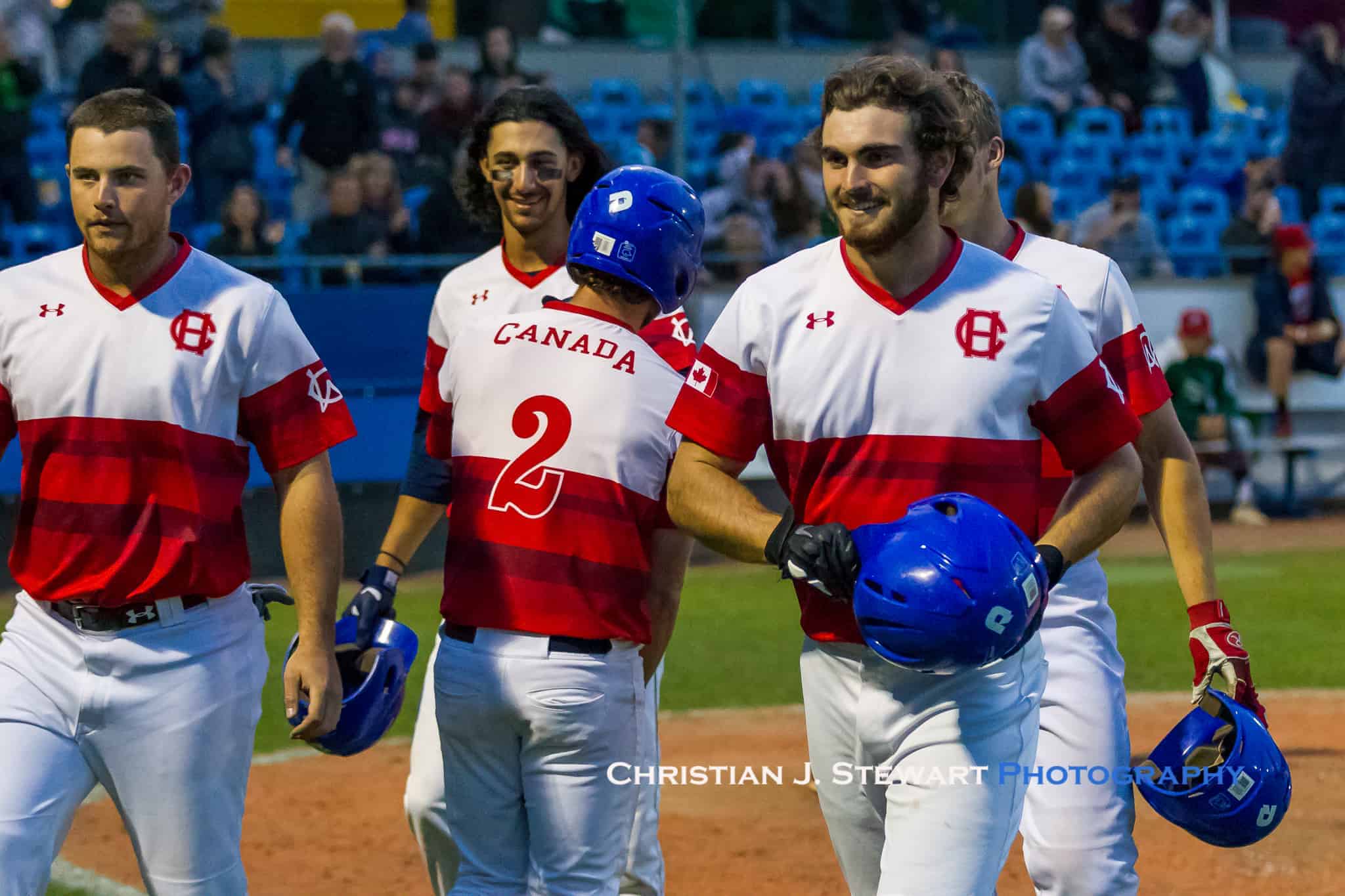 Nick Adams (holding helmet) is all smiles after launching a no-doubt, grand-slam in the seventh inning. (Photo by Christian J. Stewart)

The HarbourCats offence has scored 10 or more runs in 6 of their past 11 games, and Nick Adams placed the exclamation point on the night with a pinch-hit grand slam in the seventh.

Victoria will look to continue that streak tomorrow night, and send Jack Neely to clinch the series against the AppleSox. First pitch is scheduled for 6:35p.m. The HarbourCats will be giving away a funeral package Wednesday night, with some lucky fan walking away with a prize package worth well over $5000.