Note: This game described here was simulated using the HarbourCats peg board baseball game (Available Here) and line-ups consisting of HarbourCats players who would have been with the team in 2020 if it were not for COVID-19.  The Studs line-up used here is from their 2019 summer roster.  Any stats or performances noted here (good, bad or otherwise) are made up and based totally on the roll of the dice in the game and are for entertainment purposes only. They did not really happen.

Victoria, BC – After rain and cold weather, among other things, postponed Saturday’s scheduled pre-season game between the Seattle Studs and Victoria HarbourCats, both teams would get the dice rolling Sunday, with the Studs using a six-run first inning to propel themselves to an eventual 10-5 win over the HarbourCats.

The Stud’s big-first inning came at the expense of HarbourCats pitcher Jack Seward (Oregon), who showed some jitters in his West Coast League “debut”, walking the first two batters he faced and then giving up a three-run home run to the Stud’s Landon Riker.

A single, triple and another solo home run, this time by Kyle Boe, capped off Seattle’s six-run inning and ultimately gave the Studs all the runs they would need in this one.

The HarbourCats did their best to get back into the game, halving the score to 6-3 off Stud’s starter Mitch Viydo, after an RBI-ground out from Parker Bramlett (Angelo State) in the bottom of the second scored Justin Lee (Angelo State) (single) and after an RBI-triple by Michael Spain (Colorado Christian) scored Jake McGaw (Illinois State)(double) and an RBI single by Tanner Smith (Oregon) scored McGaw in the bottom of the third.

That would be as close as they would come however as Stud’s middle reliever Zander Clouse would no hit the ‘Cats over the next four innings and the Studs would get a pair of insurance runs in both of the eighth and ninth innings to stretch the lead. 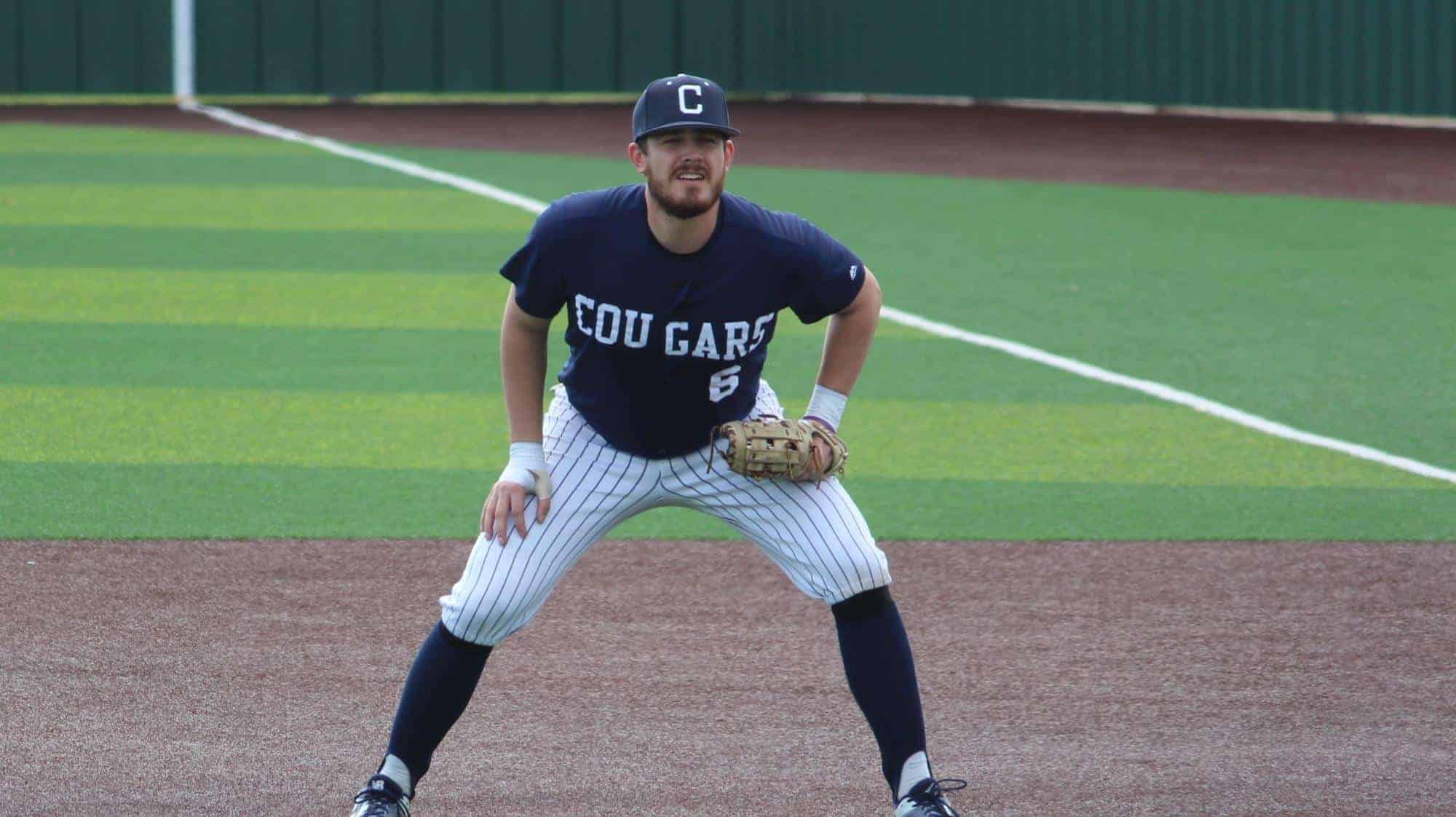 Victoria would show some life with a pair of runs in the bottom of the ninth, including a pinch-hit RBI single from 2019 Player of the Year Griffin Paxton, but Seattle closer Merle Rowan-Kennedy would limit the damage to just that, to cap off th 10-5 win.

For the Studs, Riker, with his two hits, walk, home run and four RBI, led the way offensively, while RJ Green had a four hit day, including an eighth inning home run.  Gavin Grant and Kyle Strash also chipped in with two hits and two RBI each.

For Victoria, Spain had a pair of triples and a run scored, while Cole Posey (Boise State) had a pair of hits, a walk and an RBI.

On the hill, Viydo takes the win, going three innings and giving up three runs on five hits, while walking three and striking out four.  Clouse also struck out four in his four innings of no-hit relief.

NEXT UP:  Join HarbourCats fans and staff for their “Virtual Opening Night and Fireworks” this coming Saturday June 6, 2020 at 7:00 PM at the Victoria HarbourCats offices at 1814 Vancouver Street.  We will have a game from a previous season and post -game fireworks showing on a big screen in the office parking lot, there will be hot dogs and other food vendors in attendance and merchandise and 2021 season tickets and 10-game flex packs will be available in the office.  This will be a limited seating, drop-in type of affair and there will be limited capacity in order to meet all Provincial safe-distancing guidelines.  Bring a lawn chair and join us for some fun!